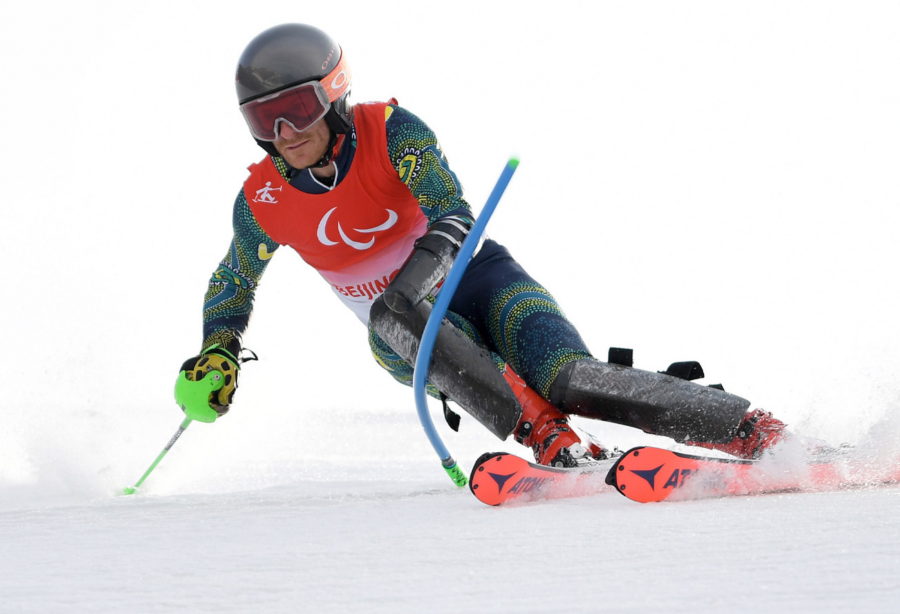 The Winter Paralympic Games (4–13 March) wrapped up and Australia’s campaign finished with two champions calling it a day, some exciting future stars scoring brilliant results and a treasured bronze medal.

Para-alpine skier and Australian flag-bearer, Mitch Gourley, a long-term scholarship holder at the VIS, was one of the most experienced members of this year’s Australian team, competing in his fourth Paralympic Games.

Prior to the Games, Gourley announced that this would be his final campaign and albeit a fairytale finish eluded him, the Para-alpine stalwart still showed that he belonged among the fiercest competitors at Beijing 2022.

“I proved I’m still one of the best skiers in the world when I string it together.”

Gourley set out at the Beijing 2022 Winter Paralympics to prove he was still one of the world’s best competitive skiers. When he signed off from his final race at Yanqing National Alpine Centre on the last day of his fourth Games, he could feel satisfied that he’d achieved his goal.

The scorecard after the second run of the Men’s Slalom Standing won’t show that the 30-year-old produced some of the best ski racing of his packed Games program. Nor will his overall harvest from five events at Beijing reflect his 16 years of service to Australian and world Para-alpine skiing. But, as he said afterwards, those who have been along for the ride – those who really understand – know that his outstanding career can be defined by much more than results at the Paralympic Games.

“It’s been a tough week, an emotional week,” Gourley said. “But the biggest thing for me was trying to prove to myself and make sure that I wasn’t here to make up the numbers, that I’m still competitive.

“I think I did that in sections of the GS [Giant Slalom] and sections of Slalom. I proved I’m still one of the best skiers in the world when I string it together.”

Gourley was placed 11th after the first run from a starting list of 46 entrants, nine of whom didn’t complete the run.

“I went out there with every intention of skiing fast and I’m not the only out there who had some trouble,” he said.

“I’m proud of some of the skiing in the first run this morning. I didn’t like the bottom pitch, I never want to see that again, but the skiing up the top was solid. Had I strung two runs together, you never know.”

Gourley said he wasn’t sure exactly what his professional life would look like after skiing, but he said it will be in and around sport.

“As far as Para-winter sport in Australia, I don’t know what it’ll look like but I’m willing and able and open to give as much as I can, just like Mel [Melissa Perrine] is, to this movement because we benefited from an incredible legacy when we joined the Paralympic winter team and we want that to continue,” he said.

With a career spanning 16 years, Mitch has enjoyed great success on the slopes, including the biggest win of his career when he claimed gold in the men’s super-combined standing at the 2017 IPC Alpine Skiing Worlds in Tarvisio, Italy.

Amid his competitive career, Mitch has also been an Athlete Representative on the World Para-alpine Skiing Sport Technical Committee in addition to completing his Master of Business at Deakin University.