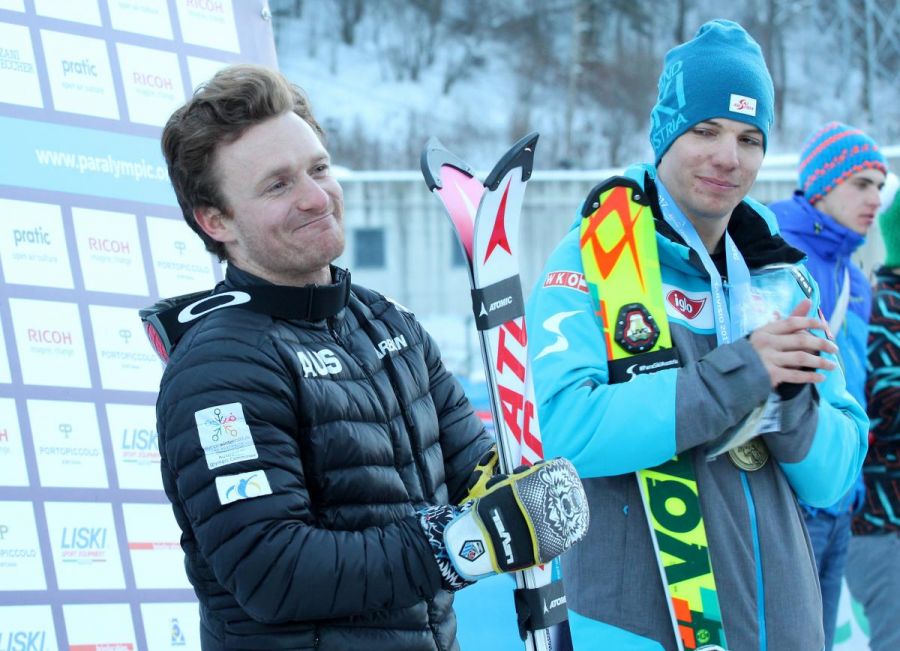 Paralympics Australia was proud to announce this morning a Team of 10 athletes for the Beijing 2022 Winter Paralympic Games, starting on March 4, which includes long time VIS scholarship holder Mitchell Gourley.

Three-time Paralympian Mitchell Gourley will be one of the most experienced members of the Team when he arrives in Beijing for his fourth Paralympics. The Australian team features six male athletes, two female athletes and two female sighted guides.

Gourley, a para-alpine skier has been an outstanding leader of the Australian winter team and more generally within the Paralympic movement and epitomises the VIS' motto of 'Success in Sport and Life.'

Gourley has already enjoyed a glittering alpine skiing career spanning 15 years, highlighted by the past three Winter Paralympic Games and medal success at World Championship level and multiple World Cup victories. The biggest win of his career was when he became World Champion at the 2017 IPC Alpine Skiing Worlds at Tarvisio in Italy. That year, he won a slew of awards, including the VIS Elite Athlete with a Disability Award, Ski and Snowboard Australia Para-athlete of the year, Victorian Disability Sport and Recreation Awards – Male Sportsperson of the Year, Australian Institute of Sport Para Performance of the Year and was named, alongside Joany Badenhorst, and Co-captain of the Australian Team for the 2018 Winter Paralympics in PyeongChang.

It had been a long journey for Gourley, who had looked primed for success as early as the Sochi 2014 Paralympic Games after his impressive two gold, three silver and one bronze medal haul throughout the 2013/14 IPC Alpine Skiing World Cup Series.

Despite working hard to improve on his results from Vancouver 2010, the Barwon Heads local struck an unbelievable run of bad luck in Sochi, recording three DNFs (Did Not Finish) in the Men’s Giant Slalom, Slalom and Super-G, and a fifth and seventh place finish in the Super Combined and Downhill, respectively.

Although 2019 ended in injury for Gourley, he impressed at the 2019 World Championships winning bronze in slalom. More recently, Gourley has returned to the snow and when he arrives at the start line at Beijing he will have nothing to lose.

“Being named in an Australian Paralympic Winter Team is an enormous achievement, but perhaps more so for these Games than any other,” Clark said.

“These 10 athletes have shown the very best of our Paralympic movement, displaying remarkable resilience and determination to remain at the elite level throughout all the challenges of the past two years.

“I would like to thank Snow Australia, including Chief Executive Michael Kennedy and his dedicated staff, for their hard work leading up to this campaign. As a program, you faced numerous obstacles, including cancelled camps, limited training and competition opportunities, border restrictions, lockdowns and more, yet provided an extraordinary level of support to this Team.

“The next assignment is the Games itself and I cannot wait to see this wonderful group of athletes write the next chapter in our nation’s proud history at the Winter Paralympics.”

The Team will be led by Kate McLoughlin, who is the first woman to be appointed Chef de Mission of an Australian Paralympic Winter Team.

“I’m so thrilled to be able to support our awesome Team at Beijing 2022,” McLoughlin said.

“We have a great mix of experience and athletes on the rise who now have the chance to show the world what they’re capable of and set a great example to all Australians.

“We have an amazing tradition of punching above our weight at the Winter Paralympics, stretching right back to the first Games, at Örnsköldsvik in Sweden in 1976, winning 34 medals, including 12 gold.

“It’s been a difficult lead-in to these Games, but I’m in awe of the tenacity our athletes have shown and I’ve got no doubt they’ll make Australia proud when they compete in Beijing next month.”