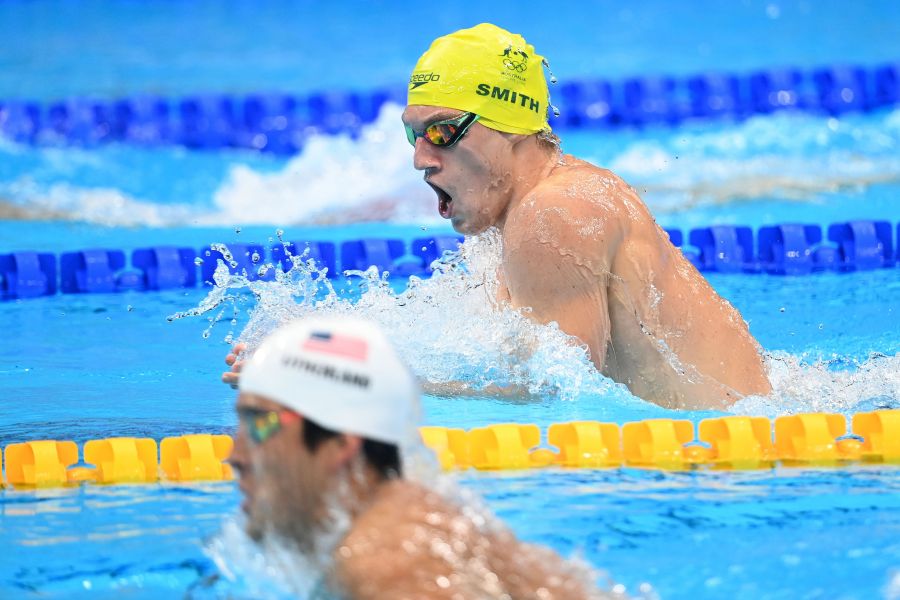 Brendon Smith has won Australia's first 400m individual medley medal since Rod Woodhouse in 1984, as he brings up the countries first medal at the Tokyo Olympics.

The Victorian Institute of Sport scholarship holder reeled in the field with 50m to go after touching in seventh position on the final turn.

In a huge effort the Victorian stormed home in 4:10.38, to secure bronze behind American Chase Kalisz and Jay Litherland.

The previous evening Smith smashed his own Australian Record in a personal best time of 4:09.28, which if he was able to replicate in the final was quick enough to secure the gold.

"It's hard to get up after a heat swim where I dropped nearly a second. To get up for that final and swim as well as I did, I am really, really happy," he said post race.

Smith said he was "extremely proud" to win a medal after he was forced to spend six months of the Melbourne lockdown swimming in the ocean.

"When the Games were postponed by 12 months it gave me an opportunity to better myself and be one year faster, one year stronger.

"I've gone through hell to get here … It means so much."

Smith will be back to swim the 200m IM on Wednesday evening.