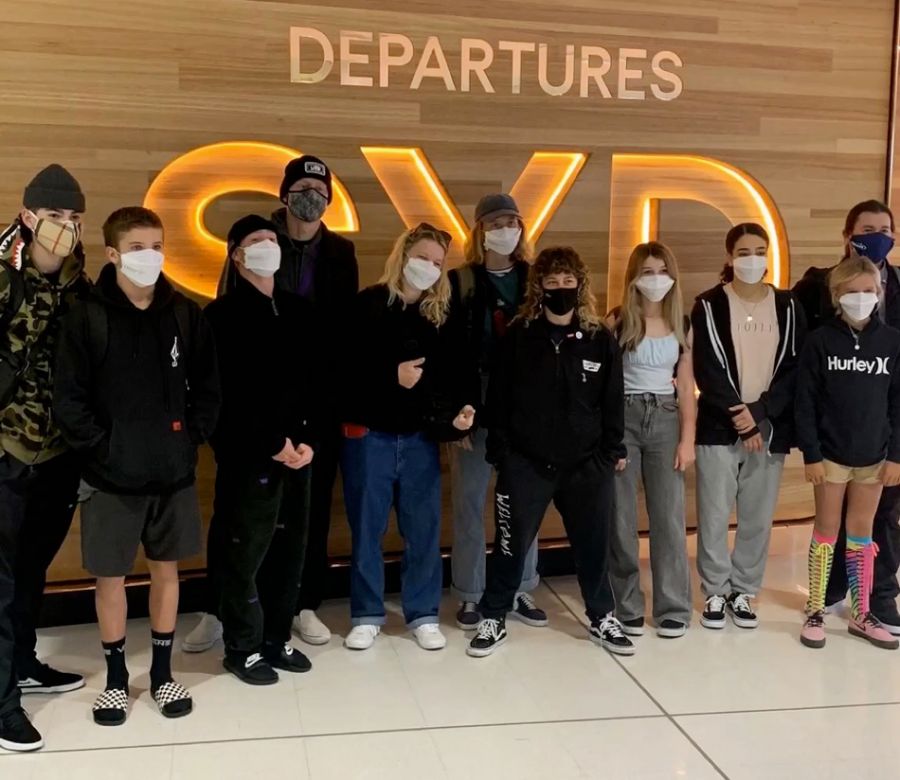 The Tokyo Olympics has been delayed by an entire year, fraught with false starts, cancelled qualifying events and endless confusion from World Skate, but it’s finally set to go ahead on July 23, 2021. This means that skateboarding will finally make its Olympic debut. So, in an era of travel restrictions, quarantines and vaccinations, how’s it all going to unfold for the Australians looking to qualify for Tokyo? Here’s what we know so far.

The last Olympic qualifying event was held in Rio, Brazil, at the end of 2019 and due to the pandemic, everything’s been on pause since then. But with the Olympics less than three months away, two final qualifying events have been announced that will decide who gets to compete. The first event is the Dew Tour, held in Iowa, USA, from 17-23 May. The second is the Street World Championships, held in Rome, Italy, from 31 May to 6 June.

There are four categories for skateboarding in the Olympics: Men’s Street, Women’s Street, Men’s Park and Women’s Park. Twenty skaters compete in each, with a maximum of three skaters from each country in each category. It’s highly likely that there will be at least one Australian in each event because of the Continental Rule, which dictates that at least one skater from each continent competes. For a refresher about how the Olympic qualification process works, check this interview with Chris Middlebrook, a former consultant.

For the majority of the Australian skaters who are trying to qualify for the Tokyo Olympics, this means that they’ll head over to the Dew Tour, then stay on the qualifying circuit until they either get knocked too far down the rankings to be eligible to compete, or they qualify and continue through to Tokyo. Skate Australia (which is the organisation coordinating the Australian Olympic Skateboarding team) has secured travel permits and accommodation for a bunch of the Aussie skaters trying to qualify, using San Diego as a base for the team.

WHO’S IN THE RUNNING?

As it stands, there are 14 Aussies who are aiming to get to Tokyo. They are:

Melbourne street skater, Hayley Wilson, is ranked at 7th in the Women’s Street category, so she’s guaranteed a spot in Tokyo and has decided not to compete in the remaining qualifying events. Instead, she will stay in Australia until the beginning of the Olympics, then fly directly to Tokyo.

In the Men’s Street category, Shane O’Neill is ranked 16th in the world, so he is almost certain to qualify. Shane lives in LA so he will travel from there to compete in the abovementioned qualifying events, then on to Tokyo. Tommy Fynn is currently ranked 23rd in the Men’s Street world rankings and has based himself in LA until the Olympics. Tommy still has the potential to qualify, but he needs some good results in the final events.

That leaves 11 Australian skaters who are vying to compete in the Men’s and Women’s Park categories. Skate Australia organised for them to fly out to California, and they’re staying in Airbnbs in San Diego for the next three months. From there, they’ll travel to the Dew event in Iowa and then back to San Diego. For the ones who qualify, they’ll travel directly from California to Tokyo.

Part of the reason that the Aussie park skaters can’t come home to Australia in between qualifying events is that each return flight requires two weeks in hotel quarantine, which means two weeks with no skating and more potential to contract COVID-19. Back in January, Keegan Palmer caught a flight from LA to Sydney and tested positive for COVID on his tenth day in hotel quarantine, which meant that the quarantine clock was reset, and he had to spend another 14 days cooped up in a Sydney hotel room.

James Karageorgiou, program manager of Skate Australia, explains, “He felt fine, he didn’t have a single symptom… He flew out from LA and he was clear. He got here to Sydney, got off the plane, had another test and it was clear. Then he had a test on his tenth day [in quarantine] and it came up positive. So then, if you get positive, they reset your quarantine, and you need to do another two weeks. He did another two weeks and then he was clear and they let him out. It was 24 or 25 days all up.”

This is the horror scenario that Skate Australia is trying to avoid by basing the Australian team in San Diego for the next three months. But James admits that there are many variables when it comes to the pandemic and the Olympics. Skate Australia opted to put the team in Airbnbs over hotels because they are seen as a safer option for avoiding the virus. Still, then there’s also more interaction between the skaters in Airbnbs than in separate hotel rooms.

“As a team, we’re just keeping pretty standard and safe protocols … social distancing, mask-wearing out in public places, minimising contact and stuff like that. We’re obviously advocating that,” James explains. “The ramifications are pretty high, because if they test positive, then they can’t compete, so it will just derail their whole campaign.”

We asked Olympic hopeful Kieran Woolley if he was concerned about the virus and he explains, “With all the ’Rona stuff it’s still very scary. We got the vaccine a few days ago, so that took a lot of stress off our chests. Other than that, we’ve got masks to wear and hand sanitiser and all the essentials, so we’ve just got to be smart with it, and hopefully, we get through the trip COVID free.”

James explained that most of the Australian skaters have had the first dose of the vaccine and plans are being made to get the second dose over in America.

“I can’t wait to get over to The States and skate with everyone again,” said Kieran right before he headed over a week ago. “It’s been so long. I’ve been skating real hard at home preparing, but I feel like The States will be a different vibe and everyone will go a lot harder. Plus, the parks are way better.”