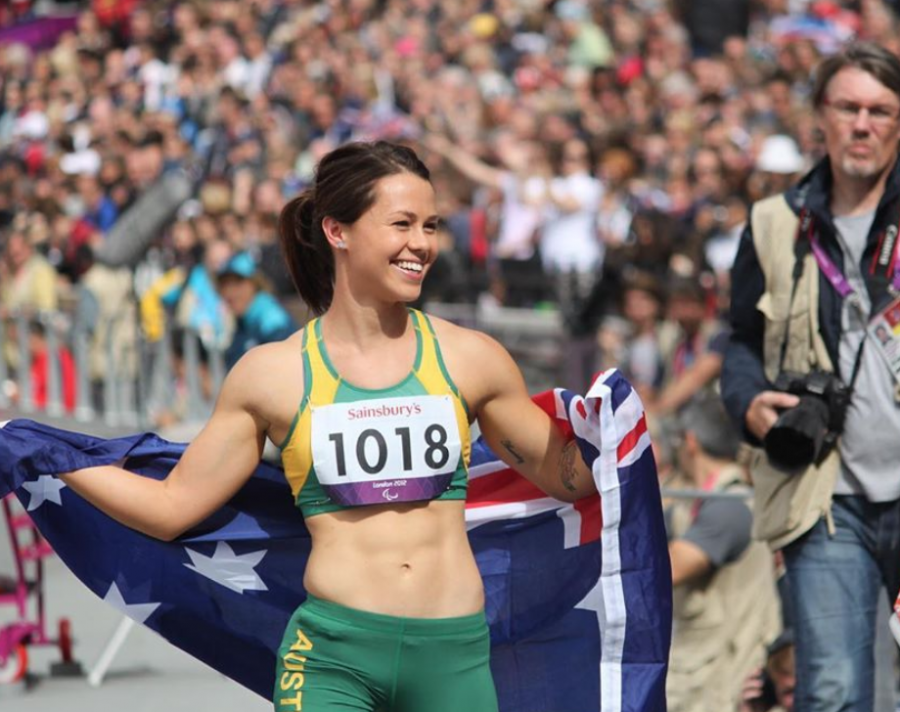 Victorian Institute of Sport Paralympic star Kelly Cartwright broke the world record on her way to claiming gold in the F42/44 long jump with a leap of 4.38m at the London 2012 Paralympic Games. She added silver in the F42/44 100m shortly after.

Cartwright summed up her journey as a participant in what was hailed as one of the greatest Paralympic Games ever, for the VIS' Pinnacle Magazine in 2012.

"When I look back on the Paralympics now, I just remember it being an absolutely amazing 12 days and with a huge amount of pride. Just being a part of the Australian team and the success we had was so motivating for me. I was absolutely pumped just watching it on TV, I couldn't wait to get out there and compete.

Was I nervous going into the final? Sure, but that's only natural. I was going into the Games as a real gold medal hope, so I was faced with a lot of pressure. But as soon as the competition started, I felt calm and relaxed because I'd been jumping well and it was just a case of having to keep that momentum going.

The crowd helped me no doubt, because the noise they made was absolutely unbelievable. I'd like to think it added a few centimetres to my jumps which made a big difference, so they played their part!

Winning a gold and silver medal at a Paralympic Games for my country is something that is hard to put into words. I'm actually smiling now just thinking about it, because it's a once in a lifetime opportunity.

I was so proud to represent Australia, and I am so proud of what I achieved. The epic experience and opportunity would not have been possible without the help and support of a lot of amazing people; I thank each and every one of them.

Post-London, it is bizarre not having such a structured day. Now, I have to plan what I have to do with my days - it has been difficult getting back to reality!"

Kelly Cartwright in 2012 on her London experience for the VIS' 'Pinnacle' Magazine.