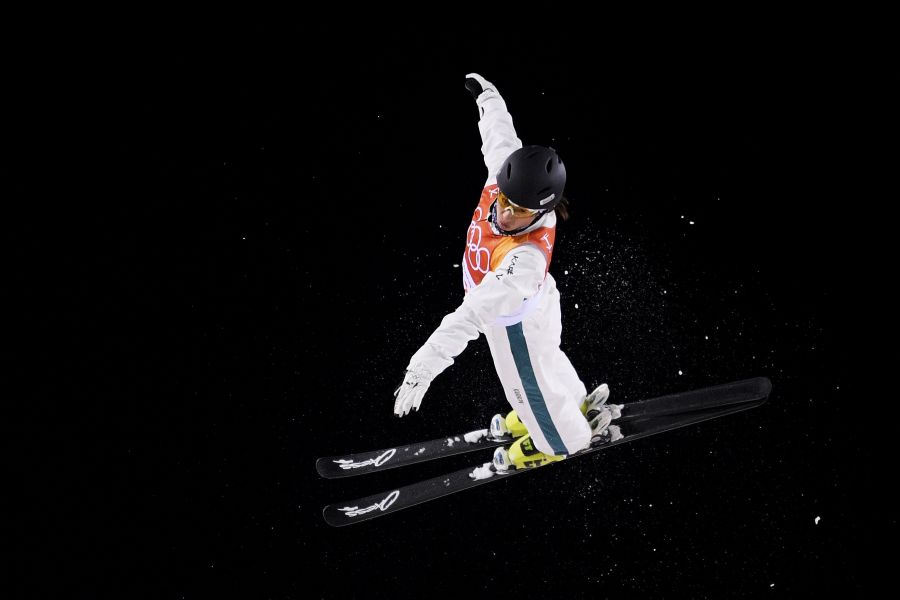 It was not quite the result Lydia had hoped for.

It might not have been the result she wanted to finish on, but Lydia Lassila’s illustrious career simply won’t be judged on her final jumps at the 2018 PyeongChang Winter Olympic Games.

She had two chances to qualify for the final and unlike her teammates, Danielle Scott and Laura Peel who both earned a spot in the final, both of Lassila’s attempts ended in a misjudgement of the gusty tail wind and the ignominy of backside landings.  With that, Lassila’s five-time Olympic career came to an abrupt end.

The 36-year-old has achieved it all over the past two decades and despite the initial disappointment of missing the PyeongChang final, there is no doubt her legacy will live on in Australian sporting history.

As a young wide-eyed gymnast from Melbourne, Lydia Ierodiacondou’s Olympic aspirations were set and then dashed by injuries and misfortune. The opportunity to transfer her gymnastic abilities to the twists and turns of aerial skiing, provided her with a second chance to realise her dream – and create many new ones.

She made her Olympic Games debut in 2002 at Salt Lake City having only been skiing for two years. A water jump accident almost ruined her Torino 2006 campaign, but just 8 months later, she headed to her second Games. It was in Torino where, after landing awkwardly, she blew her knee out and was again forced off the snow.

Through an experimental roller-coaster of guts and perseverance, she turned her major injury setback into fuel for an almighty comeback. Her dreams were finally realised  at the Vancouver Olympic Games in 2010 when she captured the gold medal with a World Record score that is still held today.

At her fourth Games in Sochi 2014, she was determined to become the first woman to complete a quad-twisting triple somersault.

In one of the boldest decisions ever seen by any Australian athlete at a Summer or Winter Olympics, Lassila decided to attempt the quad-twisting triple somersault - a jump so difficult it had never been so much as attempted in competition, let alone landed.

Lassila could have won with a lesser jump in a final - but that’s not the Australian way, and it’s definitely not her way! She executed the jump but back-slapped the snow on landing, losing vital points, meaning she joined aerial skier Alisa Camplin with an Olympic bronze to go with her gold.

Much of Lassila's pride in her fifth and final Winter Olympic campaign came from her feats off the snow – balancing life as an elite athlete, entrepreneur and most importantly, a mother to her two young sons, Alek and Kai.

“I enjoyed it because I had my boys with me and such a supportive husband in Lauri. When I said I wanted to go back, he rolled his eyes but as soon as I made that decision he supported me.”

“It has been a wild ride to bring the boys along and have them at training camps and it just proves you can do it as a mother. You can run a business as an athlete and a mum, you can do it all, it is just a matter of logistical challenges, but it’s possible.’’

While failing to land a punch in PyeongChang, her ability to juggle sport, a business and family during the campaign has been a source of pride - and has sent a message to the new generation of young female athletes.