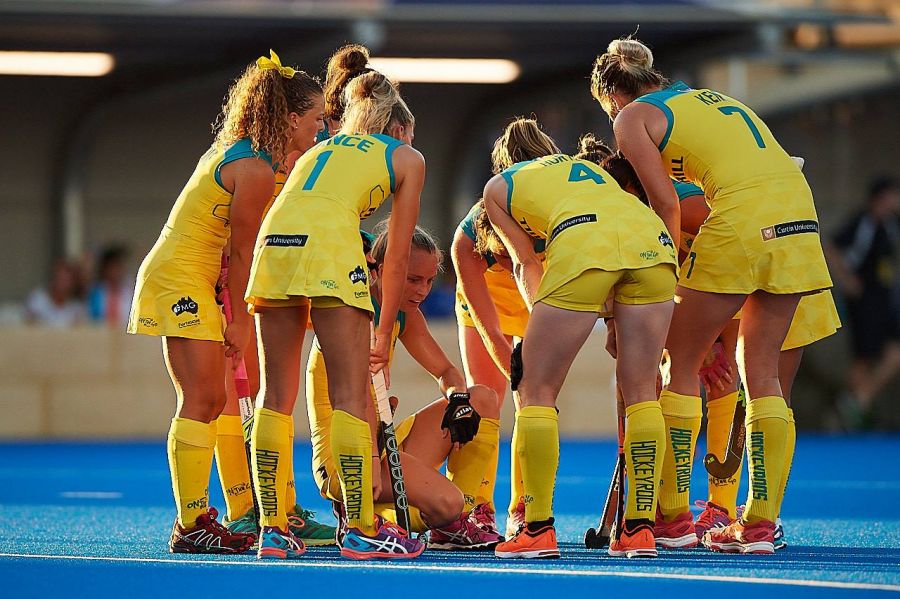 With the 2018 Commonwealth Games in Gold Coast starting tomorrow, here’s everything you need to know.

There are 55 VIS athletes competing across 13 different sports.

The Commonwealth Games begin Wednesday, April 4 and finish Sunday, April 15. Our VIS athletes will be contesting from April 5 to April 15, with a medal chance in just about every event. We have athletes that are reigning Commonwealth Champions, Olympic medallists and debutants.

Here are the VIS stars to watch, and the key events to follow.

55 – Is the number of VIS athletes that have been selected to represent Australia at the Commonwealth Games.

Victorian Institute of Sport shooter Laetisha Scanlan has one of the most decorated resumes on the Australian Commonwealth Games team.

She is currently ranked 14th in the world, is a dual Commonwealth Games gold medallist, an Olympian and currently the reigning 2018 National Champion.

If Scanlan can claim gold at Gold Coast 2018, it will mean she will have back-to-back-to-back gold medals at the Commonwealth Games.

Keep your eye on…

An Olympic gold medallist and will set the tone for Australia’s male distance swimmers. Horton knows how to handle the pressure defeating long-time rival Sun Yang after calling him out in Rio.

After notching up record-after-record Mitchell looks in better form then ever. She will be one to watch in the women’s javelin throw.

Birkinhead just continues to fly under the radar in the men’s shot put. Claiming victory at last week’s Queensland International Track Classic, Birkinhead is in hot form and it's come at the right time.

Coming off her third best jump ever, Stratton looks to be in great shape. If Stratton can reproduce her jump next week she will no doubt find herself on the podium.

Already the reigning Olympic champion Skinner will be looking to add Commonwealth Games champion onto her resume. After placing second at the ISSF World Cup in Mexico Commonwealth gold is well within her reach.

Scanlan is one to get behind at Gold Coast 2018. She will be going for back-to-back titles in the women’s trap shooting and her third gold medal at Commonwealth Games level.

Smith has a large collection of bronze medallions, with her most recent one at the Rio 2016 Olympic Games. Smith will go into her third Commonwealth Games campaign looking eager to turn her bronze medal's into gold.

The youngest member of Australia’s cycling team O’Brien will be one to keep a close eye on. Already a World Championship medallist O’Brien will take on the individual event as well as the men’s team pursuit.

Joseph Deng selected for his first Commonwealth Games team. Deng missed the final of the 800m at the Commonwealth Games trials earlier this year. However, this didn’t stop the 19-year-old lodging a ‘Comm Games A-standard qualifying time’ of 1min 45.71 seconds. Already registering an impressive time at a young age, we’re excited to see what Deng can produce at Gold Coast 2018.

* Please note that specific schedules with athletes and time commencement will be published closer to the date.

As you sit down to dinner this evening, imagine dining with 2000 others, as our athletes will be doing in the Commonwealth Games Village.

Open 24 hours a day, serving 18,000 meals daily, the village dining hall can seat up to 2000 people at one time.  Set up as a self-serve buffet, it will cater for a variety of requirements including dietary, medical, recovery, nutritional, cultural and religious.

There will be various cuisines available including Asian, Indian, African & Western, as well as Halal, vegetarian & vegan options. Whether you want a soup, salad, pasta, pizza, curry, stir fry or meat & veg dish...everything is covered.

There’s even a dessert bar with a choice of 8 cakes & desserts daily.

Outside of the dining hall, athletes will also find a casual dining area, several barista and drink stations, a smoothie station and even ice creams.

One thing’s for sure, our athletes will be well fuelled as they compete at this year’s Commonwealth Games on the Gold Coast.