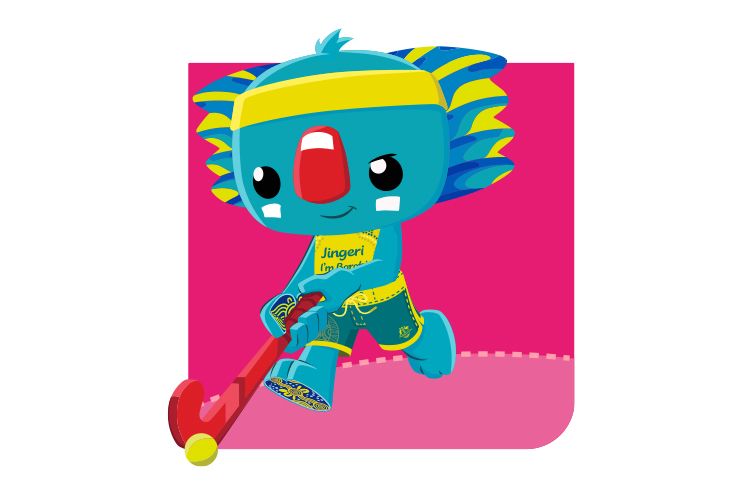 The players tasked with continuing the Kookaburras’ dominance as champions in men’s hockey have been announced for the Birmingham 2022 Commonwealth Games and includes three Victorian Institute of Sport scholarship holders; Nathan Ephraums, Josh Simmonds and Johan Durst.

The Kookaburras, who are ranked number one in the world, have won every Commonwealth Games men’s hockey gold medal since hockey was introduced to the competition in 1998.

Ten of the Kookaburras selected have tasted Games gold, headlined by Australian hockey’s Games record holder Eddie Ockenden (387 representative appearances) who will be competing at his fourth Games.

The 35-year-old Tasmanian’s inclusion puts him in rare company, joining Mark Knowles as only the second Australian hockey player to compete at four Commonwealth Games.

“The Commonwealth Games hold a special place for me and I have some fantastic memories from them,” Ockenden said.

“To be selected for my fourth Commonwealth Games is an honour. I love playing hockey for the Kookaburras and I love representing Australia, so we will be doing everything we can to continue our proud history of success at the Games.

“Our focus every day as a Kookaburras group is to constantly push each other to improve and be the world’s best hockey team, so we are excited about getting to Birmingham and performing for our country.”

New South Wales duo Matt Dawson and Flynn Ogilvie, West Australians Jake Harvie and Tom Wickham, plus Darwin defender Jeremy Hayward, will all be playing in their second Commonwealth Games after winning the gold medal on the Gold Coast in 2018.

Among the eight Games debutants is striker Blake Govers from Wollongong, who is renowned as one of the world’s most lethal drag flickers and has a fabulous goal-scoring record, with 104 in 117 internationals.

Govers is keen to perform on the Commonwealth Games stage after missing out in 2018 due to breaking a finger at training in the week before the tournament.

“After getting injured just before the last Commonwealth Games it’s a great feeling to know I will be heading over to Birmingham and experiencing everything that comes with it,” Govers said.

“Knowing the success the Kookaburras have had at the Commonwealth Games, you definitely have that pressure aspect there, so the boys are really keen to play at their best and win the gold again.

“There is always intense pressure at tournaments, it’s the norm for us, and I think everyone is in a really good head space to take on the challenge at Birmingham.

“I’m also looking forward to being part of the broader Australian team. Whenever there are other sports involved it’s always a great atmosphere, and I get to see how other athletes go about their business.”

“Congratulations to the 18 Kookaburras who have been selected for the Birmingham 2022 Commonwealth Games,” Thomas said.

“Hockey Australia and the Kookaburras coaches have selected an exciting team to represent the green and gold in Birmingham with the goal of continuing one of the most incredible runs of success in multi-sport event history, aiming for a seventh consecutive Commonwealth Games gold medal.”

“The Kookaburras have been one of Australia’s most successful national teams for an extended period and I know our head coach Colin Batch and the team are leaving no stone unturned to succeed in Birmingham,” Pryles said.

“There is an outstanding comradery among the group, and I congratulate the players selected to compete at the Commonwealth Games. No doubt they will do us all proud and represent Australia with distinction.”

The Kookaburras have South Africa, New Zealand, Scotland and Pakistan in their pool as they chase a seventh straight Commonwealth Games gold medal.

There will be 54 hockey matches in total, with 40 group games, six classification matches, four semi-finals and four medal matches. All matches will be played at the University of Birmingham, the official competition venue for hockey at the 2022 Commonwealth Games.