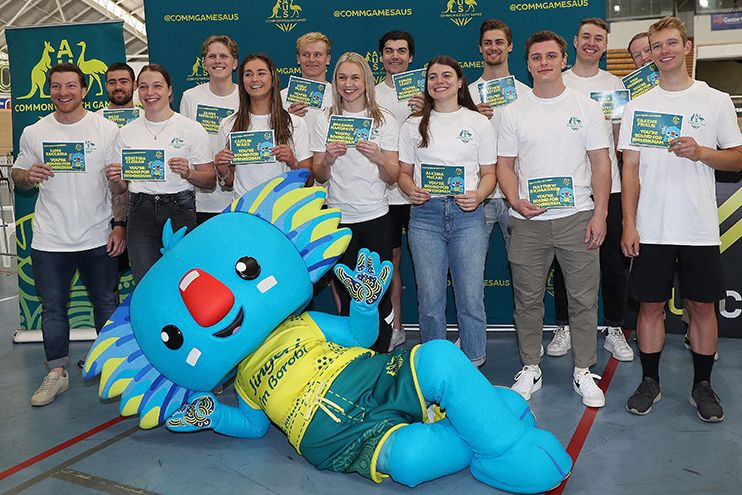 The 34-strong squad of Australia’s best cyclists have booked their tickets to Birmingham ready to take on the Commonwealth’s best, which includes six Victorian Institute of Sport scholarship holders.

VIS scholarship holders, Luke Plapp, Alyssa Polites, Alessia McCaig, Ruby Roseman-Gannon, Graeme Frislie have all been selected to make their Commonwealth Games debut, and will be joined by Jessica Gallagher will attend her second Games.

A winner of five individual stages in the Tour de France, the aptly nicknamed “Pocket Rocket” is an explosive sprinter heading to his second Commonwealth Games after debuting in Glasgow in 2014.

The well-balanced Australian squad of Para and able-bodied cyclists, featuring 23 Team Members making their Games debut, and is tipped to thrive against top-flight riders from around the Commonwealth in cycling events which will be split between Birmingham and London.

Australia’s cyclists were dominant at the Gold Coast Games in 2018, claiming 14 golds from 23 medals won overall in 26 events. But this time England especially will provide formidable opposition with their familiarity with the courses where the cycling events will be held.

Adelaide’s Matthew Glaetzer and Rohan Dennis, along with Daniel McConnell from Canberra, are competing in their third Commonwealth Games.

Caleb Ewan, 27, is in the midst of a busy season after stating his desire to represent Australia in Birmingham following success in southern France earlier this year. He recently rode in the Giro d’Italia, another of road racing’s prestigious Grand Tours, and will look to star again in his fourth Tour de France, which begins on July 1, before heading to the United Kingdom for the Commonwealth Games.

Matthew Glaetzer is aiming for a hat-trick of Commonwealth Games gold medals in the Keirin after success at Glasgow in 2014 and the Gold Coast four years ago.

The 29-year-old sprinter, who has overcome thyroid cancer to return to international racing, also won the one-kilometre time trial on the Gold Coast. After winning the Keirin at the Australian Championships three months ago, he said he was still feeling some discomfort but looking forward to peaking in Birmingham.

“It doesn’t feel like I am at my best yet. I’m in a lot of pain all the time, but I am going fast, so I can’t complain,” Glaetzer said.

“This is really just the first competition as I’m building into the season, so it is very encouraging to have such strong results very early.”

Alexandra Manly, 26, originally from Kalgoorlie and now living in Adelaide, is part of the Australian women’s road team after debuting on the Gold Coast four years ago on the track and taking gold in the women’s team pursuit.

“It’s an honour to be selected in the Australian Team for the Birmingham Games. It came as surprise, but I am very excited about the opportunity,” Manly said.

“Winning gold in the team pursuit at the Gold Coast Games will always be one of my fondest memories. To be selected in my second games is super special and this is my first Australian road team I’ve been selected in.”

Manly will ride alongside Grace Brown, Brodie Chapman, Ruby Roseman-Gannon and Sarah Roy in the women’s road race team, who looking to add to Australia’s golden history in the event, with Aussie riders winning gold at three of the last four Commonwealth Games.

On the boards of the velodrome, emerging star Maeve Plouffe is becoming a force. The 22-year-old has been in superb form this season and recently won a gold medal at the UCI Track Nations Cup in Canada. Balancing university studies with her cycling career, Plouffe showed great endurance in Canada and is confident of further improvement for her Commonwealth Games debut in Birmingham.

Geelong’s Jessica Gallagher, 36, continues to display her immense sporting talents being named to her second Commonwealth Games, another chapter in her illustrious career. Legally blind due to Best’s disease, a rare condition, Gallagher started to lose her eyesight when she was a teenager bringing a premature end to her promising netball career.

She then went on to compete at the Gold Coast 2018 Commonwealth Games, finishing second in the women’s Tandem 1000m Time Trial and Tandem Sprint events at the Games, she’s now looking to be bold in gold in Birmingham.

“It’s incredibly exciting. When I made the decision to return to cycling it was for the opportunity to represent Australia at the Commonwealth Games,” Gallagher said.

“I’ve been extremely fortunate to find a wonderful tandem pilot, Caitlin Ward and be able to return to an environment with our coaching and support staff that has been so supportive. Being selected to represent Australia, like any athlete is a pinnacle of your career. It’s a reflection of the hard work and dedication to showcase what can be achieved.”

Commonwealth Games Australia Team Chef de Mission Petria Thomas OAM said the powerful cycling squad was one of the nation’s favourite teams. She is looking forward to their deeds in track and road cycling as well as on the mountain bike.

“This team includes returning Commonwealth Games gold medallists and highly experienced Australian representatives, as well as a group of talented cyclists making their debut and ready to take on the Commonwealth’s best at the Birmingham Games,” Thomas said.

“I know that they all will be working hard between now and the Games, ready to be bold, brave and brilliant in Birmingham. I wish them all the best for their preparations and competition, and hope they know we are all behind them.”

AusCycling CEO Marne Fechner knows the Cycling Team Members are ready to be bold, brave and brilliant in Birmingham.

“2022 has been a massive year for Australian cycling, and I’ve no doubt that the 34 athletes selected to the Australian Commonwealth Games team will make us proud and inspire the next generation of riders.

“It’s exciting to have a team that features such a strong mix of debutants and experienced athletes, who I know will wear the green and gold with passion and pride in Birmingham.