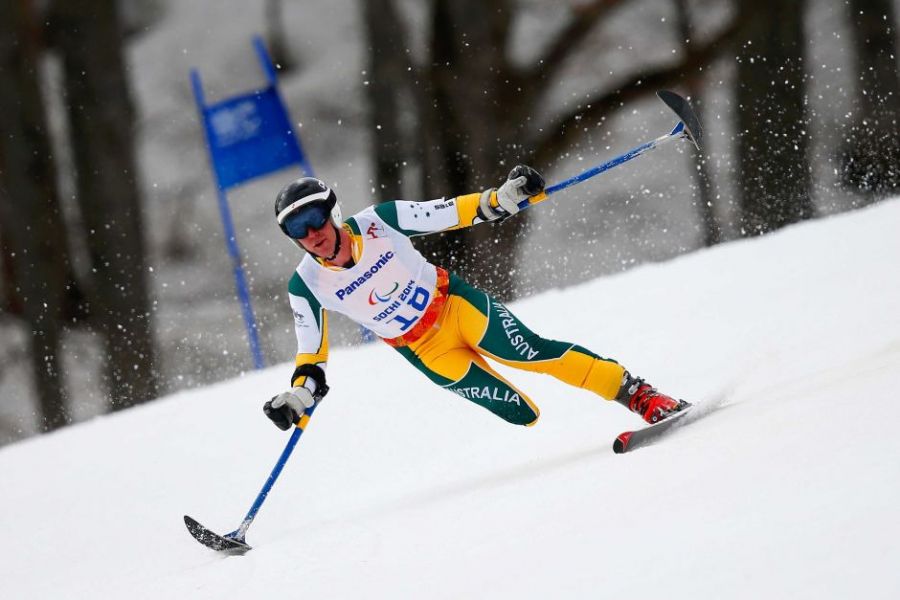 VIS Paralympic alpine skier Toby Kane spent the early years of his life in and out of hospital, having numerous operations and being constantly surrounded by doctors.

He was just two when he lost his right leg following a car accident, and through his young eyes, the men and women who helped piece him back together were the ultimate superheroes.

That’s when his journey to becoming Dr Kane began, and at the end of the year when he completes his medical degree it will become official.

The 27 year old hopes that whatever area of medicine he ends up in, he can spread the Paralympic word around hospitals, visit kids with disabilities and people with newly acquired disabilities, encourage them to get involved in sport and tell them about the many opportunities to be seized.

Such opportunities have been gratefully grasped by the VIS scholarship holder over his 15 year skiing career. It started with bronze in Torino in his Paralympic debut and finished with another bronze in Sochi, at his final Games.

In Sochi, Kane produced an amazing Super-G run to jump from fifth place after the slalom to third on the overall standings, holding on by just 0.22secs to break Australia’s medal drought at the Games and win the second bronze medal of his career.

But medals do not make the man, his courage and determination do.

And Kane was recognised for his role in spreading the Paralympic message by winning the Whang Youn Dai Achievement Award, the first Australian to be honoured with the prestigious award.

The WYD Achievement Award is named after South Korea’s Dr Whang Youn Dai, who has dedicated her life to the development of Paralympic sport. It is presented to one male and one female athlete at every Paralympic Games who best exemplify the Paralympic spirit.