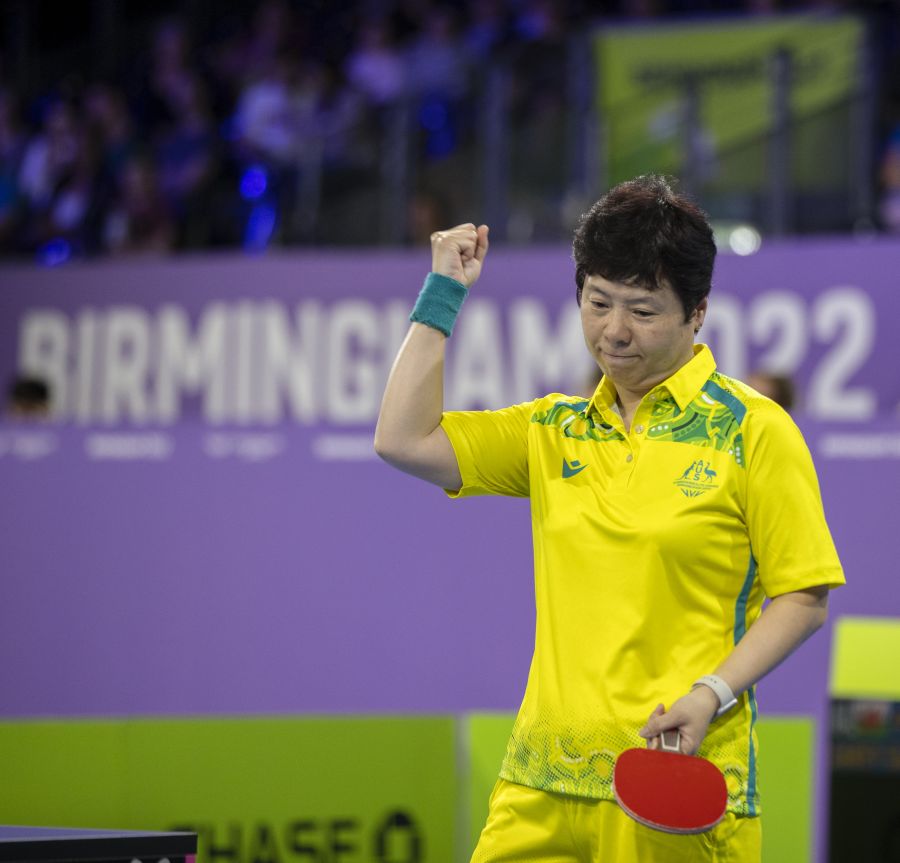 Fay, competing at her sixth Games, played a crucial role in the 3-0 win over Wales in the bronze medal match as part of the doubles combination that claimed the opening match before winning her singles encounter to clinch the medal.

The 49-year-old is synonymous with Australian table tennis, having competed at every edition since the sport’s Games inception in 2002.

But Lay isn’t just an inspirational figure, she remains the team’s key player – with her only losses coming in the semi-final loss to eventual gold medallists Singapore.

“It was not disappointing,” Lay said of the semi-final defeat.

“The Singapore team is very strong in the world. We lost but we had a good preparation for today’s match.

“For this team, I’m not the one person (that has) the pressure. We’re all at a similar level, even when someone loses, the next one can keep on going.”

And the next one up on Monday was Yangzi Liu, the 19-year-old who represents the future of Australian table tennis.

Each of their three games reaching 9-9, including the opening game which Liu claimed 15-13 on the way to a medal at her debut Games.

Liu and Lay, who represent a 30-year age gap, will be back in action in the women’s singles, but for now it’s time to bask in her bronze-medal success.

“I’m really happy with the result even though we lost to a strong (Singapore) team in the semi-finals yesterday,” Liu said.

“It was good, we just forgot everything about that result.

“We have a really strong team and I can feel a lot of power from teammates and the coaches … that was fantastic.

“I didn’t feel really nervous when I was warming up, getting ready. As soon as I walked into the hall I felt it’s the time to show everyone we are better.”