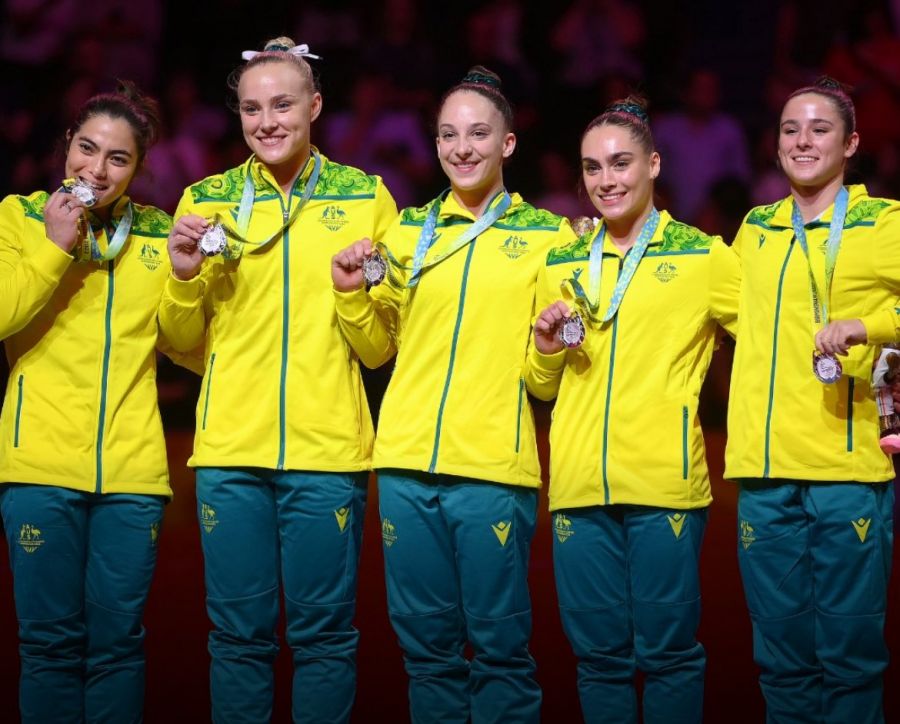 Australia have claimed silver in the women’s artistic gymnastics team final in Birmingham after falling heartbreakingly short of gold to England.

The Australians were second to the hosts after their first three events – vault, uneven bars and beams – and closed the gap to just 0.050 points heading into the final round.

But England starred in the vault while Australia faltered on the floor and were unable to close the gap, with the hosts kicking away to finish on 161.100 to Australia’s 157.950. Canada finished third on 152.700.

Georgia Godwin, Emily Whitehead, Kate McDonald, Romi Brown and Breanna Scott ensured Australia maintained their perfect record of medalling in the women’s team event at every Games since gymnastics was introduced in 1990.

They also bettered the bronze claimed by Australia’s 2018 team, which included Godwin and Whitehead.

It is Australia’s first artistic gymnastics medal in Birmingham after the men finished fourth on Friday.

Australia turned in a strong performance in the vault, led by Godwin’s 13.75, and trailed England by 1.1 points after the first round.

The English and Australians have then kicked away from the second round.

A strong uneven bars performance saw Australia leave Canada in their wake to all but ensure a top-two finish.

Then Godwin and McDonald’s strong performances in the beam put Australia within touching distance of the top prize.

But the floor in the final round proved Australia’s undoing.

Godwin and Whitehead were both penalised for landing outside the lines as Australia failed to gain any ground on the floor.

In contrast, English stars Alice Kinsella and Ondine Achampong were clutch when it counted and nailed their vaults to seal the victory.

Godwin qualified for the all-around final along with vault, uneven bars and beam.

Whitehead qualified for the all-around final and floor final.

McDonald sealed qualification to the uneven bars and beam finals while Brown qualified for the floor.