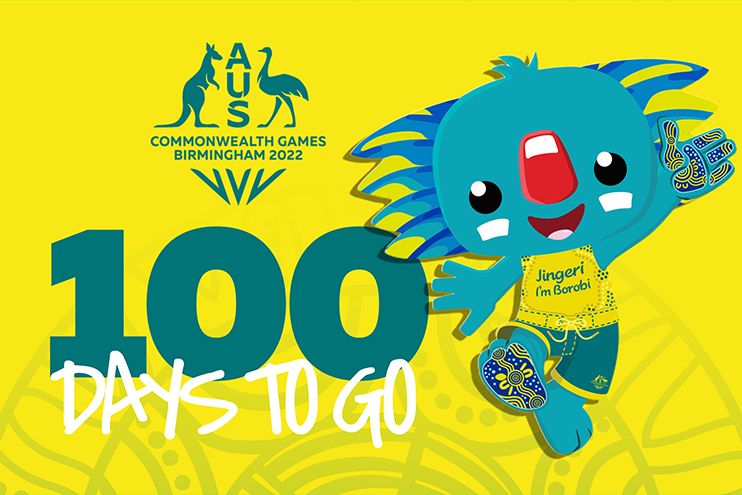 Today marks an important milestone in the countdown to the Birmingham Commonwealth Games, there are just 100 days to go until our Australian Team Members are bold, brave and brilliant in Birmingham.

With an expected Team size of 425 athletes, Australian Commonwealth Games hopefuls are currently training, competing and preparing to be among of the 5000 international competitors from the 72 Commonwealth nations and territories to compete in Birmingham.

Should all team sports qualify, the Birmingham team will surpass the Glasgow 2014 team size of 415 athletes for the largest Team sent to an overseas Commonwealth Games.

With just 100 days to Australian Team Chef de Mission Petria Thomas OAM is excited to lead the Team at the Games.

“Today marks an exciting milestone as there are just 100 days to go until the Birmingham 2022 Commonwealth Games,” Thomas said.

The sporting action in Birmingham will start in style on Friday 29 July with medal sessions on the first day confirmed for swimming, track cycling, gymnastics and triathlon, all sports in which Australia will have leading contenders and reigning Commonwealth champions.

The final day of competition will be held on Monday 8 August when gold medals will be awarded in diving, table tennis, badminton, squash and hockey – which is being promoted as a possible a magic Monday finish for the home nation – something that of course Australia will be happy to spoil for Team England.

Days with the most medals on offer will occur on Tuesday 2 August when nine sports will award medals and Sunday 7 August when the medallists in eleven different sports will be decided.

Birmingham 2022 will be the first time that women’s cricket T20 has featured at a Commonwealth Games, with organisers also revealing that Edgbaston, one of the world’s greatest cricket grounds, will host matches at 11am and 6pm during the early stages of the tournament.

Smithfield in the centre of Birmingham, which is being transformed for the Games and will come alive in the afternoon and evening with beach volleyball sessions starting at 2.30pm and 7pm and with basketball 3×3 and wheelchair basketball 3×3 matches from 3.30pm and 7.30pm.

The busiest venue during the Games will be the brand-new Sandwell Aquatics Centre with 66 medal events in swimming, para swimming, and diving being held in the state-of-the-art facility.

Thomas and other Australian officials were amongst the fifty-eight countries and territories that recently travelled to Birmingham as part of planning for this year’s Commonwealth Games.

More than 90 delegates visited the English city in all, where venue tours and meetings were part of the schedule across four days.

Among the venues visited was the Alexander Stadium, which is currently being significantly upgraded to host athletics and the Opening and Closing Ceremonies.

All the venues that will host the excitement and action of the Commonwealth’s best athletes being cheered on by capacity crowds in just 100 days’ time.

Australia’s Commonwealth Games campaign for Birmingham is #BoldBraveBrilliant, which encapsulates what the Australian Team Members are going to be while donning the green and gold as they compete on the international stage.

The campaign will feature content across the Commonwealth Games Australia channels highlighting the incredible stories and journeys of our Team Members to Birmingham.

To help Australian fans cheer the green and gold, whether in Birmingham or from home in Australia, Commonwealth Games Australia has launched the Team Aus Hub.

A vibrant community digital platform for Aussies to cheer on their fellow Aussies as they compete for the green and gold.