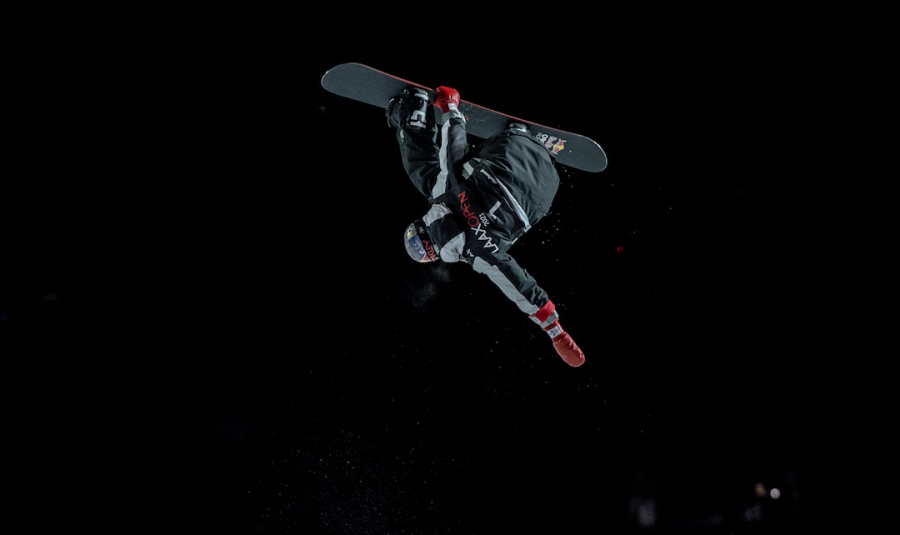 The 26-year-old triple World Champion from Warrandyte in Victoria put down an impressive opening run scoring 93.75 points to lead all competitors after the first round of finals.

In his second run, James had another strong performance scoring 86.50 but was unable to better his first run in the best of two finals format.

Going past James in the second run to take the win was Yuto Totsuka from Japan on 95.25 points, with his teammates Ruka Hirano in third place with a score of 88.25.

“I’m getting my amplitude and execution back and just feeling good snowboarding,” James said, “I mean, it’s been a long time since I’ve really been in the pipe but those Japanese guys, while I was sitting home on the couch in quarantine in Australia not able to go anywhere, they had a halfpipe and they were working hard.”

“So I’m really excited (with second place). I’ve got a smile under my mask.”

James will next be in action at the X Games in Aspen, Colorado, USA, where he will be aiming for his third straight victory at the event on Sunday January 31.

Meanwhile, It was another successful event for fellow Victorian Institute of Sport scholarship holder and Australia’s world number one Laura Peel at the World Cup aerial skiing event in Moscow, Russia, narrowly missing the win with a silver medal under lights for her third medal of the season.

The 31-year-old World Champion from Canberra placed first in both the qualification and first round of finals at the spectacular scaffold venue.

Peel was the only female to perform triple somersault in the medal round, scoring 92.72 points with her full-full-full jump which was extremely unlucky not to score higher.

Taking the win was American Winter Vinecki with 94.11 points, with Marion Thenault of France in third place with 90.59

“I am making progress, very happy to have landed my first Full-Full-Full in competition”, Peel said after the event.

Image: Laura Peel in action at the World Cup in Moscow: Credit: OWIA

In the aerial skiing World Cup standings Peel maintained the world number one yellow leader’s bib on top of the field with a 290 points after four competitions. With her victory in Moscow, Winter Vinecki moves into second place with 203 points, with her American teammate Ashley Caldwell in third place with 190 points.

Peel will be back in action next weekend competing in another night time city event in Minsk, Belarus, on January 30.

Article with Thanks OWIA