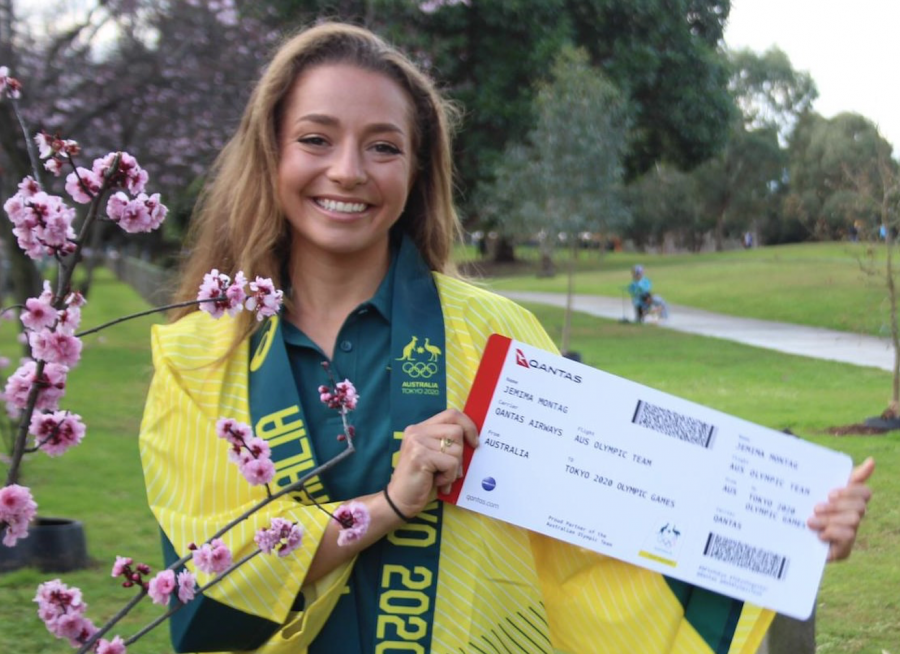 Current national racewalking champion Jemima Montag, has officially been selected to make her Olympic debut at the Tokyo Olympics in 2021. Montag is the 10th Victorian Institute of Sport athlete to have already been selected into the Australian Olympic Team.

Montag was nominated for the Australian Olympic Team when she won the the Oceania and Australian 20km Race Walking Championships in Adelaide earlier this year, held before any COVID-19 event cancellations.

As a national champion who achieved a Tokyo 2020 qualifying result, Montag qualified for auto-nomination to the AOC under the Athletics Australia nomination criteria and was officially selected to the Team today.

Being Montag's first Olympic Games she admits that just the word "Olympics" has given her "butterflies".

"An Olympic berth feels sacred, exciting and motivating. Sacred because I know it's a once in a lifetime opportunity, exciting because it's a childhood dream come true and motivating because my purpose feels stronger than ever and my ability to reach out and inspire others will lift". She said.

Chef de Mission Ian Chesterman welcomed Montag, and the other four athletes who were today selected onto The Australian Olympic Team.

“Congratulations to these five athletes on earning their spot on the Team for the Tokyo Games,” Mr Chesterman said.

“Each of them has shown what outstanding athletes they are, and we are excited to add our five track and field athletes to the Team, as athletics is always such an important part of every Games.

“Having moved beyond the original dates of Tokyo 2020 the full focus moves to being ready for 23 July next year. On being told of their selection all five athletes have been positive that they can focus fully on the challenge ahead, to allow them to be at their best for the Games.

“This is a challenging time for athletes and sports across the world, but this is a day to celebrate for the athletes, their families, coaches, supporters, friends and the athletics community who have helped them reach this milestone.

Montag says that the services provided by the Victorian Institute of Sport is a pivotal reason for her Tokyo 2020 Olympic selection.

The Australian Olympic Committee has confirmed selected athletes shall remain members of the Australian Olympic Team to Tokyo, and athletes who have completed the entire qualification process, under the existing National Federation nomination criteria and international qualification systems, shall be nominated and selected in line with the existing policy.