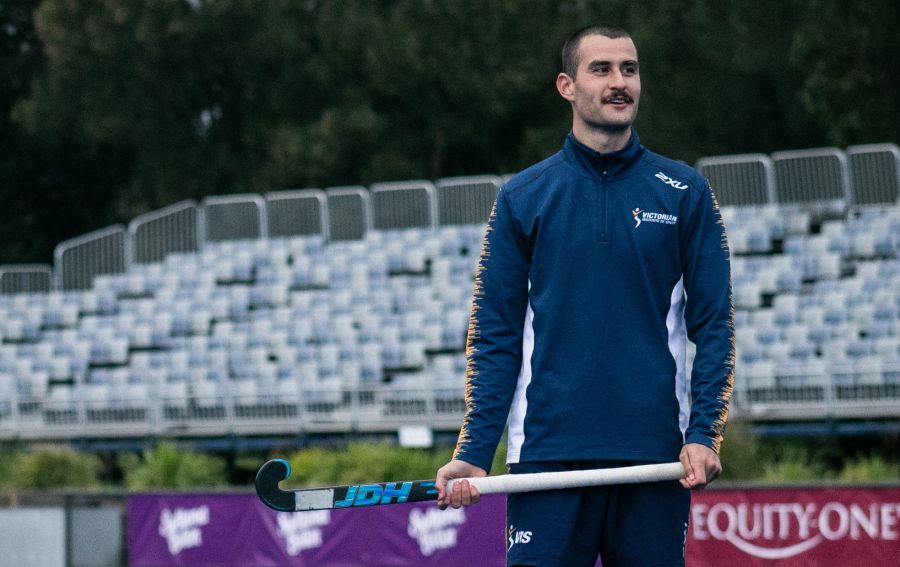 Nathan Ephraums was instrumental in helping the Kookaburras to their seventh consecutive Commonwealth Games gold medal in Birmingham, but his journey onto the Australian team hasn't always been an easy ride.

Ephraums had to overcome the heartbreak of being one of the unlucky Australian squad members to miss out on the final Olympic selection for Tokyo in 2021.

“It was definitely a challenging experience being the younger guy in the team and just missing out on selection,” he said.

Although the experience was tough for Ephraums, he admits that it allowed him to work harder and make the most of future opportunities.

“It let me feel what it feels like to miss out, and it’s something that I want to be avoiding in the future,” he said.

“Missing selection put the fire in my belly to keep making sure I put my best foot forward for future tournaments.”

Post Tokyo, Ephraums made his mark on the Kookaburras, proving to be one of the most reliable goal scorers in Australia’s four-game series in New Zealand.

“I gave him (Colin Batch, Kookaburras Head Coach) a call to let him know that I had just tested positive to COVID after our New Zealand tournament and I was going to be out for a week,” Ephraums said.

“He said, ‘whilst you’re on the phone, you’ve been selected for Birmingham,’ It was such a surreal feeling and something that I’d been building towards for ages.”

The striker made the most of his chance to represent Australia at his first Commonwealth Games, scoring twice in the gold medal match against India, capping off an “unbelievable” tournament.

The Kookaburras dominated from start-to-finish, defeating India 7-0 and keeping alive their golden Commonwealth Games run, still yet to be defeated in a gold medal match.

“We got to play free hockey, enjoy it, and put on a show for everyone,” he said.

“Winning gold is the ultimate goal for any hockey player, and to score in the final was even better.”

Ephraums high-performance journey first began when he received his scholarship at the Victorian Institute of Sport in 2017. Coached by one of the best hockey players Australia has ever produced, Jay Stacy, the experience Ephraums recalls “unforgettable.”

“He (Jay) has a wealth of knowledge and helped me get to where I am today and for that I am forever grateful,” Ephraums said.

After working his way through the hockey ranks, at the end of 2019 Ephraums received the phone call that he’d been dreaming of since he was a kid.

“Colin Batch called me and let me know I’d made the Australian squad,” he said.

“I was over the moon, it’s something I wanted to do since I was a little kid playing hockey.”

Part of the process of playing hockey for Australia is having to transition to Perth. Ephraums was thankful for the support of his Performance Lifestyle Manger at the VIS, Leesa Gallard, who made the process “seamless.”

“Living out of home as a 20-year-old on the other side of the country, was probably more daunting than the hockey stuff at times,” he said.

“She (Leesa) helped me transition my university and made the move from Melbourne to Perth a lot easier.”

Looking ahead, Ephraums wants to ensure he’s a regular on the Kookaburras line-up, keen to build on his impressive form with Hockey Club Melbourne in the Hockey One league which commenced overnight.

With the 2023 Hockey World Cup coming up in India, the Paris Olympics in 2024 and a home Commonwealth Games in Regional Victoria in 2026, there is a lot to excited about for Ephraums.