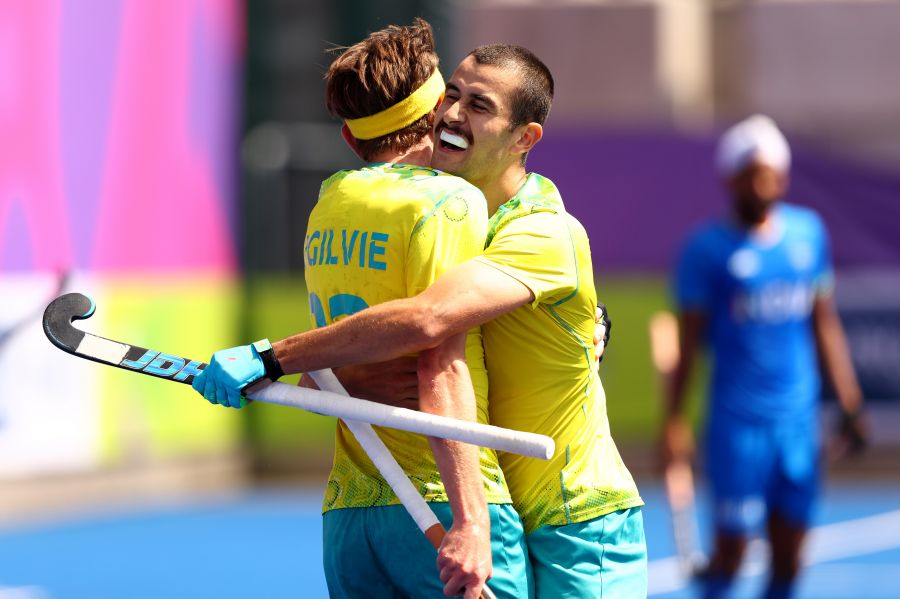 From Jessica Gallagher’s impressive golden double on the cycling track to the Kookaburras seventh gold Commonwealth Games medal. Not to mention the historic 1000th Commonwealth Games gold medal won by the Australian Diamonds led by a group of Melbourne Vixens players.

There were 67 VIS athletes that were selected to represent Australia, bringing home 41 medals from the XXII Commonwealth Games, including 13 gold, 12 silver and 16 bronze.

The Australian Judokas were a feature of Birmingham, winning ten medals, including two gold and eight bronze, making it the most successful judo campaign of all time at a Commonwealth Games. Aoife Coughlan and Tinka Easton headlined the sport both winning gold in their respective weight divisions.

Four years after Anabelle Smith and her synchronised partner Maddison Keeney missed their final dive at the Gold Coast Commonwealth Games and went from first to last, the duo overcame the pressure at Birmingham and won gold after an impressive series of dives. The gold rush continued that night in the diving pool, with Australia’s youngest athlete at the Games, 14-year-old Charli Petrov, winning a gold medal, paired up with one of her idols, Melissa Wu.

On the athletics track, Jemima Montag inspired the nation, winning her second Commonwealth Games gold medal, this time in the women’s 10km race walk. Peter Bol finished with a silver in the men’s 800m, and Abbey Caldwell flashed home to win a surprise bronze medal in the women’s 1500m. In the long jump, Brooke Buschkuehl won another Commonwealth silver, but this one she described felt more like gold, considering the adversity she had to overcome to get back to her best.

In the artistic gymnastics, Kate McDonald also found herself on top of the podium, after she saved her best beam performance for last and surprised at her Games debut, pipping her teammate and Australian Team Captain Georgia Godwin for gold in the final. After failing to initially make the final in his pet event, the high bar, due to withdraws and injuries Tyson Bull was given an opportunity to compete in the final. Bull fought through pain and claimed the silver medal while thanking his teammate for giving up his spot in the final to him.

Australia brought up its 1000th Commonwealth Games gold medal milestone at Birmingham, and there was no better way to reach that landmark than with an Aussie Diamonds victory. Led by Liz Watson, the Diamonds ran out victors over Jamaica, 55-51, overcoming their 2018 heartbreak to win their fourth Commonwealth title.

The Kookaburras continued the side’s unbelievable run at the Commonwealth Games winning the nation’s seventh consecutive gold medal in the men’s hockey event. Nathan Ephraums was instrumental in Australia’s 7-0 victory over India, scoring twice in an impressive performance. The Hockeyroos fell 1 goal shy of England, claiming another Commonwealth silver.

In the table tennis, Qian Yang came out on top to win gold in an epic battle with fellow Aussie Lina Lei in the women singles C6-10 final. On the final day of her sixth Commonwealth Games, Aussie table tennis legend, Jian Fang Lay won her ninth Games medal, adding to her decorated career. Although still missing gold from her collection, Lay may just be saving that accomplishment for when the Games come to her home state, Victoria in 2026.

Recently added VIS scholarship holder Alex Kirori-Bogatyreva was the star of rhythmic gymnastics winning her maiden gold medal in the women’s clubs event, which completed her medal set at Birmingham. She joined forces with Ashari Gill and Lidiia Iakovleva to win sliver for Australia in the team rhythmic team event.