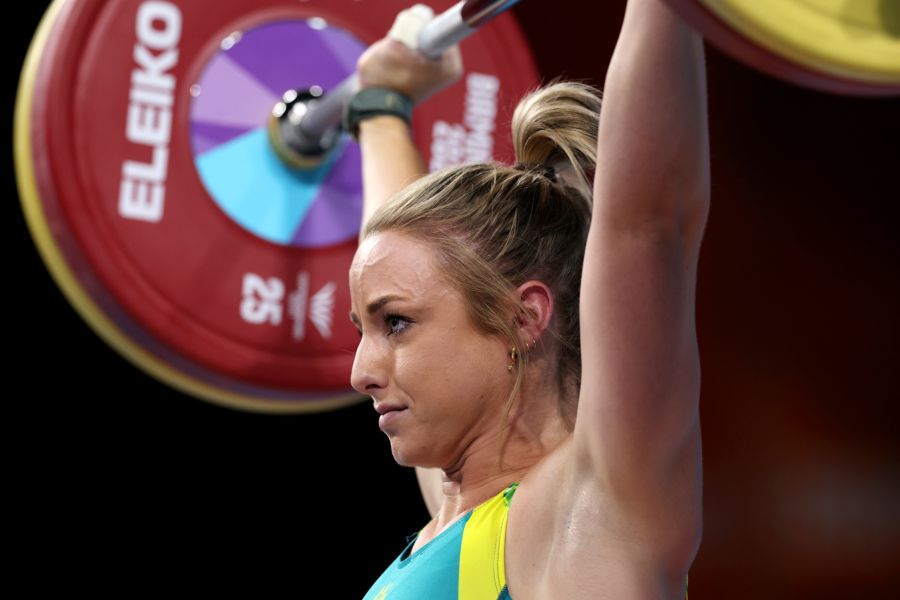 ​Brenna Kean went for Commonwealth Games glory but was forced to settle for a creditable fifth to continue an encouraging start to her fledgling weightlifting career.

Brenna Kean went for Commonwealth Games glory but was forced to settle for a creditable fifth to continue an encouraging start to her fledgling weightlifting career.

The Australian, who has only been lifting for little more than a year, went all out with a final attempt at 114kg in the clean and jerk section of the women’s 59kg category in Birmingham.

It would have been enough to move her from fifth into the medals, but she failed to get the bar up with what would have beaten her previous best-ever lift by six kilograms.

In the earlier snatch section, Kean was unsuccessful with her first attempt at 83kg but controversially succeeded with her third attempt at the same weight as she poked her tongue out in delight.

Commentators suggested the 27-year-old was fortunate to be given the green light with her feet appearing not to be level, but it left the Aussies in fifth after the first section – seven kilograms behind eventual gold medallist Rafiatu Folas hade Lawal.

The Nigerian eventually finished with a Games record combined total of 206kg, nine kilograms ahead of local hope Jessica Gordon Brown in second and Canadian Tali Darsigny with the bronze with a combined total of 196kg.

Kean, who succeeded with her first lift of 106kg in the clean and jerk section, finished with a combined total of 189kg.