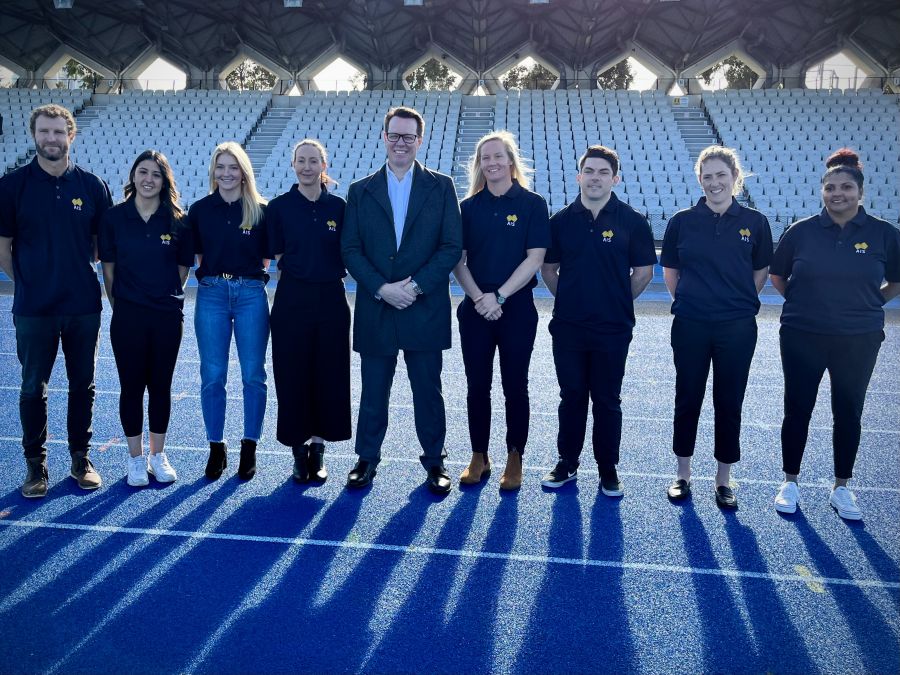 Australian sport has taken an enormous step in its bid to become a world-leader in coach development ahead of the 2032 Brisbane Olympic and Paralympic Games, the Australian Institute of Sport (AIS) today naming 31 coaches as part of a flagship national apprenticeship program.

Gold medal Olympians Jared Tallent (Athletics) and Emily Barton (Rugby 7s) are among the 31 developing coaches from 22 sports who will benefit from paid two-year coaching apprenticeships as part of the inaugural National Generation 2032 Coach Program.

Launched today at the Victorian Institute of Sport in Melbourne, the National Generation 2032 Coach Program is a joint initiative between the AIS, National Institute Network (NIN) partners, and National Sporting Organisations (NSOs).

AIS Acting Director Matti Clements said: “Quality coaching is the foundation for sport at all levels, so it’s wonderful to see the Australian high performance sport system combining forces to develop the next generation of coaches who will guide Australian athletes on the world stage for many years to come.

“The aim is that coaches involved in this apprenticeship program will transition to become Australia’s coaching leaders of the future, and we’d hope to see many of them coaching in Brisbane 2032 and beyond.”

“The future success of Australian athletes and sport relies heavily on identifying, developing and retaining our best coaching talent so we can build sustainable success,” Perkins said. “We want Australia to be a world leader in coach development and this is a big step in that direction.

“The coaches in this inaugural program are immersed in high performance sporting environments to fast-track their progress. They’ll have guidance from a senior mentor coach, plus they’ll receive formal professional development and education through the AIS and participating NIN partners. It’s a national approach.

“This program also aims to help increase coach diversity across multiple sports. The under-representation of women in high performance coaching roles is common within international high performance sport, so it’s significant that 20 of the 31 places on this program are held by women coaches. Five part-time places on the program are reserved for women coaches enabling them to work flexibly while continuing their professional development.”

Having represented Australia at her third Olympics in Tokyo last year, Water Polo’s Rowie Webster wants to use her vast playing experience as a launchpad into her coaching career.

"This opportunity is important to create a pathway for home grown coaches to propel into the Australian sporting world, increase diversity of coaches in Australia, especially female coaches and make an impact and commitment to the sustainability of Australia sport,” Webster said. “I am eager to learn from other experienced coaches and eager to grow my own coaching fundamental framework and embrace the challenge of transitioning from a more elite athlete mentality toward an elite coach mentality.”

The AIS has embedded Coach Development staff within the NIN to oversee the program and facilitate the learning journeys of individual coaches and the group as a collective. The AIS co-funds coach salaries, in collaboration with NIN partners and NSOs, and also funds the professional development of the coaches, including six Learning Labs across the two years.

AIS Learning Labs focus on contemporary ways of delivering coaching to future generations of athletes through enhanced use of innovation and technology, advanced interpersonal and leadership skills, and an increased understanding of athlete development.

Olympic gold medallist race walker Jared Tallent OAM said: “Mostly, I’m looking forward to working and learning from my mentor in the program to expand my knowledge and expertise. The opportunity to participate in the "Learning Labs" will also be a fantastic opportunity to learn and embrace new ideas from my fellow mentee coaches,”

Olympian Leigh Godfrey (Softball) will undertake the program on a part-time basis.

“It means that I will get to continue to develop my skills as a coach while allowing me to focus on all areas of my life. It will give me the ability to learn skills that can be transferred between my coaching, my working life and my personal life,” Godfrey said.