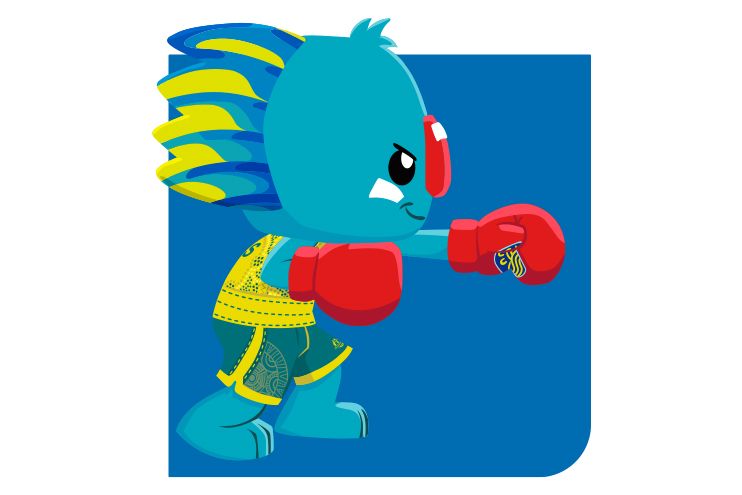 Commonwealth Games Australia have announced the 11 boxers who will be donning the green and gold in Birmingham as they fight for gold at the Games.

Australia’s boxing squad for the Birmingham 2022 Commonwealth Games features an exciting combination of history-making women and male debutants hoping to make a mark for their nation.

The boxers are the second Australian team announced for the Games to be held from July 28 to August 8, with a total of 425 athletes expected to wear the green and gold in Birmingham.

Harris, a Victorian, created history at Glasgow in 2014 by winning a bout on the first-ever women’s boxing card in the historic competition will return for her second Games after missing selection for the Gold Coast

Fast forward eight years, and 29-year-old Harris will compete in the 50kg event in her second appearance at the Commonwealth Games.

Caitlin Parker, 26, a Victorian Institute of Sport member who will fight in the 75kg division, is aiming to go one better than her silver medal in the Gold Coast Games.

Parker, who is mentored by cricket legend Adam Gilchrist through a Sport Australia Hall of Fame Scholarship, also competed at the Tokyo Olympics.

“It is exciting to announce our next 11 Team Members who have punched their tickets to Birmingham with the Australian boxing team,” Thomas said.

“The boxing team is an exciting group of fighters who have all worked hard to get to this moment, this is a special day for them, their partners, families, coaches and friends.

“All seven of our male fighters are making their Commonwealth Games debuts, while three of our four female boxers, are returning alumni who are ready to don the green and gold again in Birmingham.

“Our Australian boxers enjoyed great success at the Gold Coast Games, and I can’t wait to watch these 11 Team Members be bold, brave and brilliant in the ring in Birmingham.”

Boxing Australia General Manager Dinah Glykidis welcomed today’s selection of the boxers who have confirmed their selection to the 2022 Commonwealth Games.

“It is an exciting announcement today as 11 Boxing Australia athletes have been selected to represent Australia at the Birmingham 2022 Commonwealth Games,” Glykidis said.

“We have nominated an exciting group of talented boxers who are ready to test themselves against the best fighters across the Commonwealth.

“Boxing Australia athletes provided many thrills at the 2018 Commonwealth Games on the Gold Coast, and I’m sure our 11 boxers are ready to represent the green and gold in Birmingham.

“On behalf of Boxing Australia, we commend the hard work each of the 11 fighters have put in to get to this moment, we are so proud of each of them. We know they will continue practicing and improving over the next few months and we can’t wait to see them compete at the Games.”

The Birmingham 2022 Commonwealth Games will be held from Thursday 28 July to Monday 8 August with the boxing to be conducted from Friday 29 July all the way through to Sunday 7 August with competition to be held at the NEC Arena.