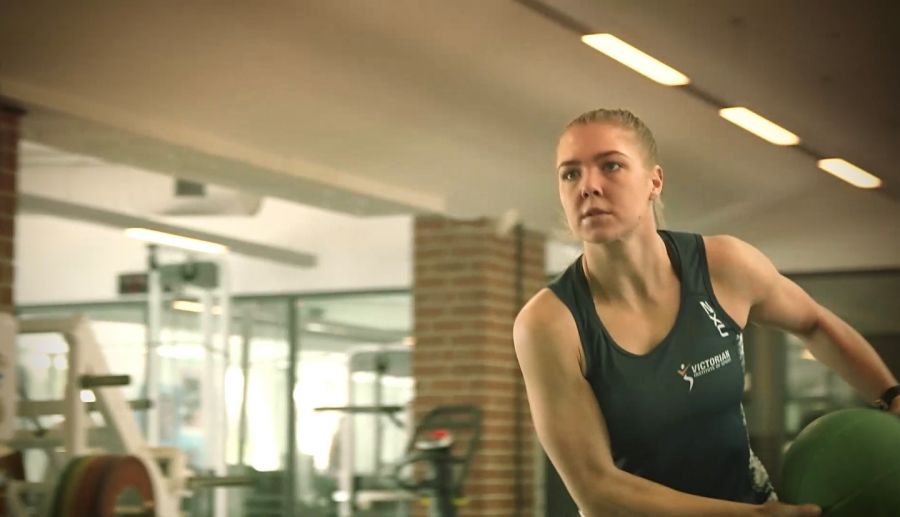 The Victorian Institute of Sport (VIS) is proud to be powering the Melbourne Vixens again for the upcoming 2022 Suncorp Super Netball (SSN) season.

The Vixens will be playing away in Round One and will go head-to-head against the Queensland Firebirds at 2:00pm on Sunday at Nissan Arena, Brisbane.

The VIS’ partnership with the Vixens is one that has lasted since the franchise’s inception in 2008, and this year there will again be a long list of VIS support staff that will be powering the Vixens in 2022.

From sport science to sports nutrition, the VIS will provide a strong collaborative approach amongst our interdisciplinary support teams, sharing information, to try and achieve the best outcomes for the Vixens players in their injury prevention, their training, and their performance.

After a tough 2021 season, which saw the Vixens finish on the bottom, the return of Liz Watson and several new signings, will hopefully be enough to turn things around in 2022.

Here is everything you need to know:

Vixens fans had a lot to smile about during the pre-season. The Vixens took out the Team Girls Cup, the SSN’s pre-season tournament, not dropping a single game for the competition.

New signing Olivia Lewis was impressive in the back-court, after successfully completing her first fully competitive hit out for the Vixens. Her reading of the play and athletic prowess looked to complement Jo Weston and Emily Mannix well.

Meanwhile Rahni Samason found her groove at the shooting end, and was simply unstoppable inside the goal circle, nailing 115 goals from 135 attempts.

Young gun Hannah Mundy is also a player to get excited about this season, after a breakout year in 2021, Mundy will aim for new heights, and during the pre-season showed can be an impact player, injected in both attack and wing defence at times, collecting 19 goal assists across her four outings.

The Melbourne Vixens have announced their co-captains for the 2022 season with Kate Moloney and Liz Watson set to lead the club for the upcoming year.

Having led the side to the championship as co-captains in 2020, the star midcourt duo has been entrusted with the joint role once again by their teammates and club staff, an accolade neither takes for granted.

“It’s such a privilege and honour to lead the Melbourne Vixens, and to do it alongside Lizzy again this year is something I’m really excited about,” Moloney said.

“I love working with her and I can’t wait to continue to grow in that shared role. Knowing that you’ve got the backing of the group really gives you the confidence to be able to go out there and do a great job for the team.”

On her return from the foot injury that kept her sidelined for the entire 2021 season, Watson is proud to receive the backing of her Vixens family once again.

“It’s really special and really nice to know this has come from the playing group, they’re the ones we want to do our best in this position for. It’s not something that we take lightly – it’s a big responsibility and a privilege to be the co-captains of this club,” she said.

“Working alongside Kate, we know each other really well on the court and we’ve developed our leadership style together off the court too, so I take pride in knowing this role has come to us from the players and the staff.”

Suncorp Super Netball has a new home in 2022. Every game will be live on FOX SPORTS (FOX NETBALL) and available on Kayo. All matches broadcast on Sundays (and Tuesdays during mid-week rounds) will be live and free through Kayo Freebies.

About the VIS’ netball program

The primary aim of the VIS netball program is to prepare Victorian athletes for competition at elite domestic level, both within the Suncorp Super Netball competition and the Australian National Competition (ANC), and to prepare athletes for selection into senior national teams and underage squads.

The VIS program works in partnership with Netball Australia (NA) and Netball Victoria (NV), to deliver two programs; an underpinning development program that provides world class coaching, training and support services to targeted nationally identified underage squad athletes to assist them to improve their competitive performance and reach their full potential on and off the court, and, the Melbourne Vixens program providing coaching and performance support to the Melbourne Vixens in the Suncorp Super Netball competition.