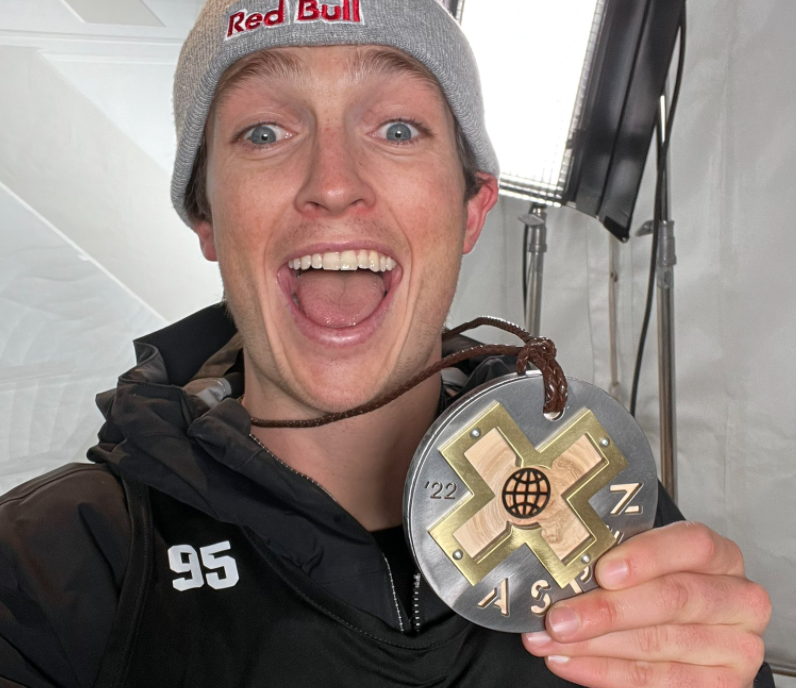 Home News WEEKEND WRITE-UP: Scotty back on the winners list

Scotty James will head to the Beijing Olympic Winter Games full of confidence, after winning gold in the Halfpipe at the X-Games in Aspen, USA.

The 27-year-old snowboarder from Warrandyte, Melbourne, recorded his fourth X-Games victory with a number of impressive runs in the Aspen halfpipe, to finish ahead of Japanese riders Ayumu Hirano in second place, with his younger brother Kaishu Hirano in third.

“It’s hard to put words on this honestly, after last week in Laax which was upsetting, and I just wanted to bounce back, I love Aspen, and I love this pipe” said James after completing his victory lap after being guaranteed the gold medal ahead of his final run.

“Ayumu is an amazing opponent and the rest of the field and I knew I had to bring my best, so I am absolutely thrilled.”

Dylan Alcott has made an impressive start to his final Australian Open campaign, fighting back to claim a three-set win against fierce rival Niels Vink.

The world No.1 was forced to dig deep in a 6-7(1) 6-4 6-2 victory in quad wheelchair singles action at Melbourne Park this evening.

Alcott needed two hours and 44 minutes to subdue the 19-year-old Dutchman, whose fearless game had the seven-time defending champion in trouble early during their quarterfinal clash at Kia Arena.

“I didn’t play my best tennis early on today, but it wasn’t because of me. It was because of Niels, he is so good,” Alcott said.

Alcott moves into the semifinals, where he’ll face world No.5 Andy Lapthorne. He has beaten the 31-year-old Brit in all eight of their previous Australian Open meetings.

This evening’s victory further improves Alcott’s incredible career record at his home Grand Slam. He has now won 27 of the 30 singles matches he has contested at the tournament and is two more wins away from claiming an unprecedented eighth consecutive quad wheelchair singles title.

Australian Heath Davidson is also through to the semifinals, advancing to this stage in a Grand Slam singles draw for the first time in his career.

The 34-year-old, who lives and trains in Melbourne, recorded a 6-2 6-2 victory against Japan’s Koji Sugeno today.

This sets up a semifinal showdown with world No.2 and AO 2021 finalist Sam Schroder.

The 2022 Australian Clay Target Association ISSF Nationals held at the Victorian State ground at Echuca Gun Club (13-18 January) kicked off this years shotgun domestic endorsed event programme. The competition included Commonwealth and National title events across both Trap and Skeet and comprised two out of the four national team selection events for this years World Championships.

The Skeet Commonwealth Title started off competition on day one (Friday) and saw equal world record holder Luke Argiro (VIC) return to competition after a twelve month absence. Argiro finished qualifying on 106, equal with Doyle Yoannidis (SA). Nick Dimasi (VIC) rounded off the top 8 men semi-finalists (86 out of 125 targets) under the new finals format introduced by the ISSF in January 2022.

The top two competitors from each of the two semi finals progressed through to the medal match where Argiro was too strong, taking the gold medal.

“It felt good to be back and was a tough final with a tough wind and was good to come out on top”. He said.

The Trap Commonwealth Title was the next event and after the first 75 targets on day one, James Willett (VIC), Thomas Grice (NSW) and Nathan Argiro (NSW) led the men on 73/75 targets. Penny Smith (VIC) led the women with a score of 71/75, followed by Charlie Hudson (VIC) and Laetisha Scanlan (VIC) who were both on 67/75. Willett continued his lead at the conclusion of day 2 finishing qualifying on 123/125 and one target ahead of Argiro who finished with a personal best of 122/125.

In the medal match, Grice was the first to be eliminated in fourth place with 10/15. Mitchell Iles (VIC) won the bronze medal with a score of 19/25. Willett was victorious and crowned the winner of the 2022 Mens Trap Commonwealth Title mentioning in his after medal match interview that he “felt pretty good over the two days shooting a solid qualifying score and went into the finals knowing competition was going to be tough”.

Smith continued her qualifying lead shooting 50 out of 50 on day two and finishing on 121/125 targets. Renae Jones (VIC) finished qualifying on 113/125 and one target ahead of Scanlan. It was Smith, Kiara Dean (VIC), Molly Bretag (SA) and Jones into the Womens Trap Commonwealth Title medal match. Bretag was the first to be eliminated in fourth place with a score of 11/15. After the second series and a total of 25 targets, Dean claimed the bronze medal with 16 out of 25. Victorious Smith, who in her after win interview noted that she “felt confident going into the finals and got the job done” had a lead of  7 targets ahead of Jones who won silver.

Sail Melbourne 2022 wrapped up on Port Phillip on Monday, with a number of classes relying on the final race of the day to decide a winner.

Laura Harding and Annie Wilmott won the 49erFX fleet defeating Tess Lloyd & Dervla Duggan in what was a fantastic weekend on the water.

"A great way to start 2022 winning Sail Melbourne! Enjoying being back in the swing of racing and putting our training into play. Back to work now with the departure to Europe in our sights." Harding took to her Instagram.