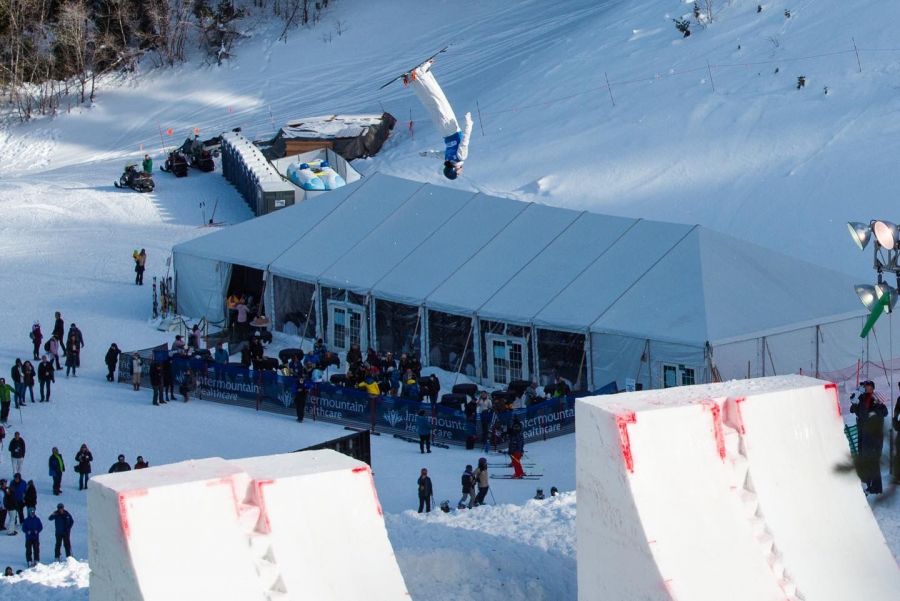 In VIS Sport, Laura Peel produced one of the highest scoring jumps of all time, as Australian road champions were crowned in Buninyong.

Laura Peel has produced one of the highest scoring jumps of all time to win gold at the World Cup aerial skiing event in Deer Valley, USA.

Peel scored an amazing 118.05 points with her full-full-full, triple twisting triple back somersault, to record the seventh World Cup victory of her career and winning by almost 35 points. Peel’s score was so impressive, it would have put her on the podium in the men’s event.

Second place went to China’s Kong Fanyu who scored 84.58 points, with Hanna Huskova rounding out the podium in third with 82.65 points

Danielle Scott almost made it a double podium for Australia, finishing in fourth place after attempting her first ever full-full-full in competition, which scored 80.27 points after having trouble with her landing. Scott had earlier won the qualification round and then qualified for the super final in first place with her full-tuck-full, double twisting triple somersault scoring 103.74 points

“Obviously a great day today, I feel like I have been working for a long time to put down a jump like this” said Peel.

“To do it right ahead of the Olympic Games is amazing.

“I’ve been putting the work on the triple for a few seasons now, and I’m always very grateful for the experience I have when things get tough.”

Just missing out on the 12-woman final was Gabi Ash in 13th, with Abbey Willcox in 22nd. In the men’s event Wesley Naylor finished in 35th place.

After six events this season, Peel has now moved into third place on the World Cup standings with Scott one spot behind in fourth.

The aerial skiing athletes will now head to Le Relais, Canada, for a training camp to prepare for the Beijing Olympic Winter Games.

In other Winter Sport news, competing in his first snowboard half pipe event of the season, Scotty James unfortunately was unable to put two clean runs down in the final. He finished in 11th place after leading the star studded field with the highest score in the qualification event.

Scotty  will now head to Aspen, USA, for the X-Games which will take place in Colorado next weekend.

During the final stages of the hot and testing 16-lap (185.6-kilometre) circuit race, the 21-year-old track and road rider from Brunswick, Victoria rode away from a heavily reduced peloton to claim his first professional victory.

“It was just awesome fun out there. I’d dreamt of this one for a while. It was a shame to miss that TT, but to make up for it here in the road race – nothing beats it," Plapp said.

After winning the Elite Women's Criterium event, pre-race favourite Ruby Roseman-Gannon finished fourth in the Road Race. Meanwhile, Alyssa Polities introduced herself to the under-23 category in the best possible way, taking the win after achieving the same feat in last year's under-19 race.

“I was still in the bunch and it was really moving. [We] started catching all the other girls and then I thought, ‘Oh, I'll just give it a crack in the sprint and see how we go’,” Polites said.

“[My aim was] just to stay in the bunch honestly, stay in a bunch and enjoy the experience more than anything. Just to race with all the pros is such a highlight for me.

Later, in the Road Race, Carol Cooke and Stuart Tripp defended their 2021 titles successfully, as Alex Welsh added another Australian title to his name.

The Diamonds' Quad Series defence is on track after defeating the SPAR Proteas 60 goals to 40 in game two from London's Copper Box Arena.

The Origin Australian Diamonds have locked up a spot in the Netball Quad Series final after defeating the SPAR Proteas by 20 goals in London overnight.

The win, secured before the England Roses defeated the New Zealand Silver Ferns 49-46 in the later game, means the trophy holders will play the hosts two times in two days from Wednesday.