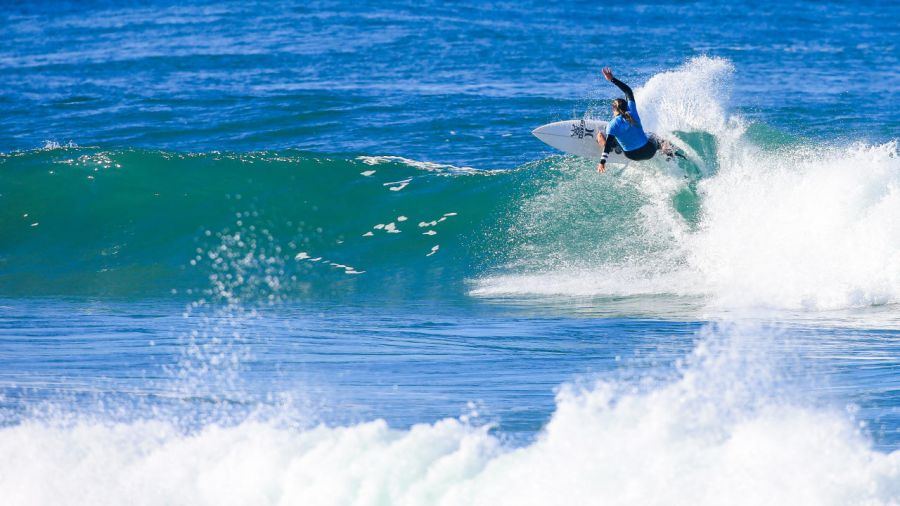 ​In VIS Sport, India Robinson pulled together a career-best result to date, as Steph Catley impressed in the Commonwealth Bank Matildas 3-1 victory over Brazil.

The Commonwealth Bank Matildas have marked their return home with a victory, defeating Brazil 3-1 at CommBank Stadium in Parramatta.

It was a special occasion for multiple reasons with Alanna Kennedy captaining the side in her 100th appearance and Tony Gustavsson earning a win on his first trip to Australia since becoming the head coach.

The Commonwealth Bank Matildas started the brightest, undoubtedly buoyed by the sounds of 15,270 fans in the stands, many singing the national anthem with them.

The Commonwealth Bank Matildas have now defeated Brazil in their last six meetings with a chance to extend that streak on Tuesday night.

Rising Aussie star and VIS scholarship holder India Robinson was edged out by Costa Rica's Brisa Hennessy in the final of the Quicksilver and ROXY Pro France at Les Clus Nus in Hossegor.

Under priority, Hennessy managed to find a couple of inside lefts to further improve her lead while her opponent was unable to position herself in the shifting sets out the back. On the 5-minute mark, Robinson finally found herself on a bomb and tagged it a number of times on her backhand for a 7.83 to turn the heat. But the Costa Rican answered right away with two massive turns for an excellent 8.40 to seal the deal on her ROXY Pro France victory.

Robinson's runner-up finish today marks her career-best result so far. The Australian has been building momentum since the Challenger Series started at the US Open and made a huge statement today. The result opens up a path to qualification for 2022.

"I'm super stoked on making my first Final at the Challenger Series level," Robinson said. "I knew going up against Brisa was going to be tough, but ultimately my goal is to make the CT so I better get used to it. I'm super excited to go to Haleiwa next, where I'm from we have a lot of waves and power so I feel like I'm going to be comfortable there. The whole Aussie crew we're such a close bunch and to see Connor win was really cool!"

Tokyo Olympic bronze medallists' Kell O'Brien and Luke Plapp were back in action to chase more success, this time in the Men's Madison at the UCI 2021 Track World Championships.

Although the pair fought hard, they were up against strong opposition in the 200 thrilling laps of the Madison and finished in 8th spot.

This came a day after O'Brien impressed in the Men's Omnium where he placed 13th.

After a "rotten" couple of years, VIS scholarship holder Kristy Harris has been selected to be the 52kg Australian representative for this years World Championships.

Harris has had to overcome a badly broken leg and the emotion of narrowly missing out on Olympic selection amongst other challenges that COVID-19 has brought.

Having won bronze at the 2018 World Championships, we can't wait to see Harris back on the world stage.