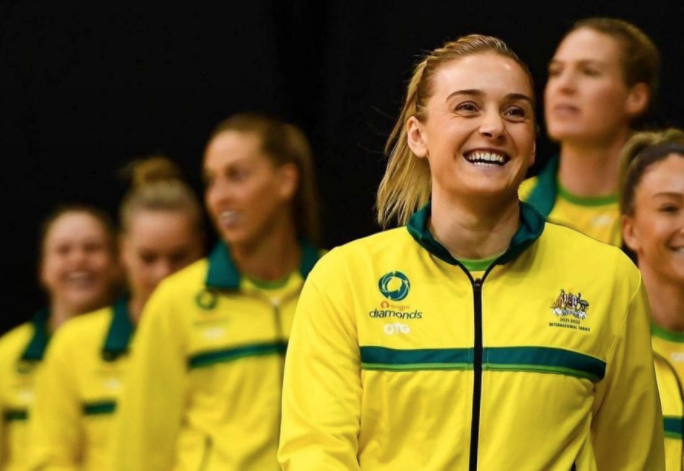 Watson made her Diamonds debut in 2016 and just two years later was awarded Australian netball’s most prestigious award, the Liz Ellis Diamond, for her outstanding efforts running the mid-court both domestically and internationally.

The 27-year-old, who has been sidelined this year after having surgery on the navicular bone in her foot, was described by her teammates as a calm and controlled leader who empowers them both on and off the court.

“I am very humbled and proud to be acknowledged by my teammates,” Watson said.

“I love this sport, I love this team and I love this country. To be given the honour as captain of the Origin Australian Diamonds is something I will forever be thankful for.”

“This squad is so special and there will be many learnings, opportunities and memories that will last a lifetime. So many people have been a part of my journey and I am proud that they will be smiling seeing this announcement today.”

Wood, 29, is one of the most creative and agile goalers in the world and was selected as vice-captain due to her uncompromising vision for success and her ability to give and receive feedback.

“It is an honour to be named as vice-captain,” Wood said.

“It was a shock when Stacey (Marinkovich) told me, but I am very excited to see what this group can do as we build towards the 2022 Commonwealth Games and the 2023 Netball World Cup.”

“Liz is an incredible person, player and leader and we are thrilled that she will captain the Origin Australian Diamonds,” Marinkovich said.

“Liz’s passion and drive for success is evident and she has a fantastic ability to stay calm whilst continuing to empower players around her.

“Steph is an ultimate team player and her leadership reflects they type of person she is - she is highly respected and leads by example on the court.

“This streamlined leadership approach has enabled us to gain a thorough understanding of what qualities our squad values in leadership and the players believe Liz and Steph best reflect these.”