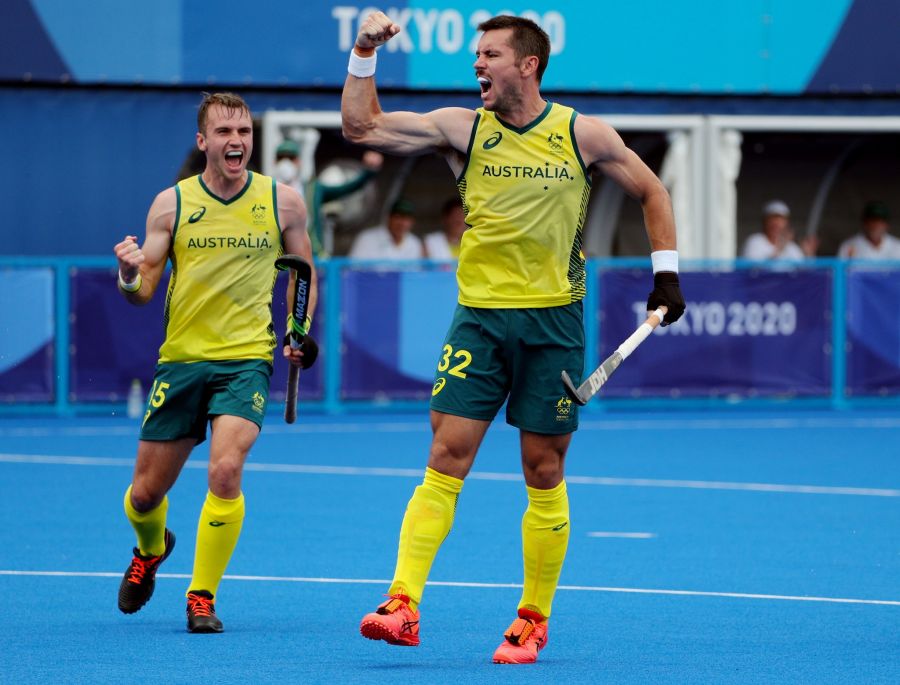 ​The Tokyo Olympic final between the world's top two hockey nations lived up to the billing. Cruelly for the Kookaburras, they were not the ones celebrating at the end of the enthralling contest.

The gold medal match was full of suspense and emotion, with European powerhouse Belgium emerging victorious 3-2 in the shootout after scores were locked 1-1 at full time.

The silver medal capped a courageous campaign for the Kookas - they remained undefeated until the final and showed tenacity, togetherness and a standard of hockey that was world class despite a tumultuous COVID-effected preparation which saw a distinct lack of international matches.

VIS men’s hockey head coach, Jay Stacy, was one of the best players Australia has produced. A four-time Olympian representing Australia in a record 321 games, he was a player of a generation. The three-time Olympic medalist paints our readers a picture of how he watched the Games from locked-down Melbourne:

Describe how you watched the Tokyo 2020 Olympic Games?

I guess a saving grace for me during another lockdown in Melbourne was the Tokyo 2020 Olympic Games. I have been involved in the Olympics for many years, four as an athlete, two as a spectator and three as the VIS coach with athletes competing. The coverage of the Tokyo Olympics was by far the most comprehensive and viewer friendly there has been.

Prior to the beginning of the Olympics, the Kookaburra coaching staff assigned tasks to all men’s Institute program coaches around the country to scout and provide feedback on opposition teams competing in Tokyo. I was paired up with QAS men’s head coach, Matt Wells, to scout Belgium. At the conclusion of every match in Tokyo, HA performance analyst, Jason Duff, would upload each match that was filmed from behind the goals with detailed coding of both teams ready for us back in Australia to analyse and review. The view from behind the goals provides greater knowledge from a tactical aspect rather than side on TV coverage. This was an exciting challenge and provided me with a great PD opportunity scouting Belgium who were considered the greatest threat to the Kookaburras gold medal chances.

Collaborating on each Belgium match, Matt and I forwarded our scouting and feedback reports back to the Kookaburras coaching staff prior to the gold medal match for their perusal.

The Kookaburras were attempting to win their first gold since 2004. Were you impressed with the team’s performances throughout the Games? How did our boy Josh Simmonds fare?

As an ex-Kookaburra, I was very proud of the team in Tokyo. Their performance was outstanding considering the lack of international matches leading into the tournament and the way they coped and excelled in times of adversity. This exemplifies the culture and characteristics of the Kookaburras across many decades of Olympic cycles.

VIS athlete Josh Simmonds had an extremely solid debut Olympic campaign. With only 30-40 matches of experience under his belt, he performed consistently in each match at the highest level of our sport. Bring on Paris 2024!

How did you feel after watching the Kookas lose the final in heart breaking circumstances? As a former player, you must have felt all the feels?

It is obviously heart breaking to lose any final but to lose an Olympic final in shootouts only magnifies that feeling. I am sure all of the athletes, as I did in 1992, feel as though they lost a gold medal rather than winning a silver medal. With time the pain eases and a silver medal is nice to reflect back on with family and friends.

It was tense final, unmissable television. We suspect you wanted to be there immediately after the loss to console the team? How did you feel?

A tense final is an understatement. Belgium and Australia were ranked 1 and 2 in the world and met in the gold medal match. It was 1-1 at the end of normal time and the gold medal was decided in a shootout. I felt ill when we lost the shootout and when Josh missed his shootout opportunity. On the other hand, I was extremely proud that Josh put his hand up to take a shootout on world hockey’s biggest stage for world hockey’s ultimate prize. He handled himself with class and professionalism beyond his years.

The silver medal positions the Kookaburras as one of the most successful teams in Australian Olympic history having won 10 medals since the sport made its debut in 1908. While it might take some time, the Kookaburras' Tokyo Olympic Games silver medal will be looked back on with pride and satisfaction.