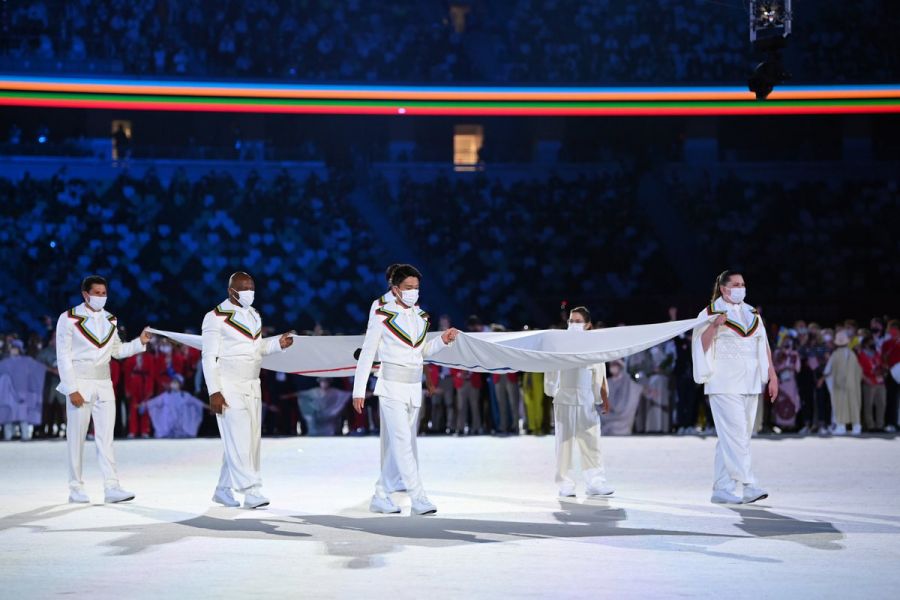 ​Elena Galiabovitch received the prestigious honour of being named the Olympic flag-bearer for the Tokyo 2020 opening ceremony. Along with five other international Olympic athletes, Galiabovitch was selected to carry the Olympic flag in recognition of her work on the frontline to help Melbourne battle the COVID-19 pandemic.

Galiabovitch is a Victorian Institute of Sport shooting athlete and represented Australia in both the 10m Air Pistol and the 25m Pistol events. This was her second Olympic Games, having competed at the 2016 Rio Games.

Her father Vladimir is her coach, who is also Australia’s national pistol coach.

Living by the VIS’ motto of success in sport and life, Galiabovitch is studying to become a urological surgeon. She is used to balancing full time work and training but due to her preparation for the Games she worked as a casual employee on COVID wards and COVID screening clinics.

We caught up with Galiabovitch to learn more about her experience as an Olympic flag-bearer.

How did you find out that you were going to be carrying the Olympic flag for the opening ceremony?

We were at our staging camp in Brisbane prior to departure and one day our High-Performance Director, Adam (Sachs, ed.), told me that he needed to speak to me for 5 minutes. I think it’s pretty common to assume that it’s going to be something bad when someone says they need to talk to you, but he assured me it wasn’t.

I don’t remember the exact words he told me, but it was really exciting, and I immediately agreed that I would like to participate in that capacity. He informed me they were looking for athletes that had helped out in the pandemic and the IOC had approached the AOC to see if I could be one of Olympic flag-bearers honouring the frontline workers all over the world.

What was your ceremonial flag duty?

We each had part of the flag to hold and together we had to carry it out in a straight line - harder than it seems! - wave when our name was called and then turn and hand it off to other Japanese essential workers.

We had a rehearsal the day before. I had the top left corner, so I was also the pace setter and I had to direct the team to turn when we changed direction. Our main instruction was to hold the flag taut so that it looked nice for the cameras.

Stepping out as a healthcare worker representing Oceania was really powerful. I know first-hand the struggles people in the healthcare industry have faced on top of those experienced by the general population. Those who have reached out to me expressed they felt proud of me but that it was also a special moment of recognition for healthcare professionals as a whole to be recognised in this way.

What will be your fondest memory from these Olympic Games?

This is a tough question. Participating as an Olympic flag bearer is a very unique experience and one, I will always treasure. However, there are so many moments around competing that also stand out, particularly my last day of competition.

In addition, some moments with my Dad who is my coach, they were just simple things like having breakfast together on my last day or walking together under an umbrella in the rain to go and take some pictures right after my last event finished and I narrowly missed out on the final. There was an unspoken connection and comfort in having shared the experience.