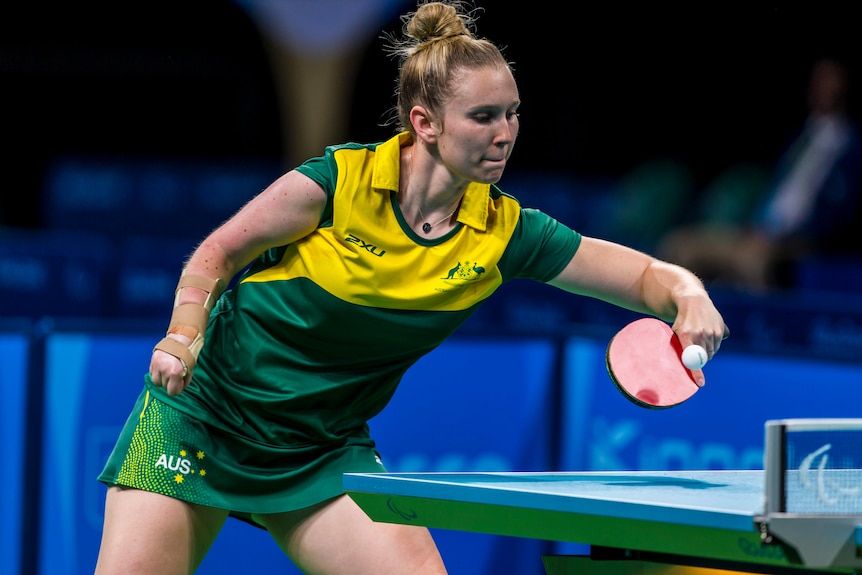 ​The addition of three multiple gold medal-winning former China representatives in Australia’s Para-table tennis squad for the Tokyo 2020 Paralympic Games has helped lift the standard of the whole team as it attempts to secure our nation’s first gold medal in the sport in nearly 40 years.

Ma Lin, Lina Lei and Qian Yang – who have 10 Paralympic gold and six silver medals between them – were among 11 players confirmed for Tokyo by Paralympics Australia in a ceremony held remotely on Monday.

The squad includes Melissa (Milly) Tapper, who for Rio 2016 became the first Australian to compete at the Olympics and Paralympics and has been selected again for both Games. Also named were Australian Paralympic Team Co-Captain Danni Di Toro, a former wheelchair tennis world No.1 who will play at her seventh Paralympics, and Sam Von Einem, whose silver medal in the singles Class 11 classification at Rio was Australia’s first medal in Para-table tennis since Terry Biggs won gold in 1984.

“You couldn’t ask for a better team,” said Joel Coughlan, one of three squad captains alongside Tapper and Nathan Pellissier.

“We’ve got Milly, who plays in both the Olympics and Paralympics. We’ve got Danni, who has a huge amount of experience. She’s incredible to talk to and learn from. You’ve got myself and Nathan, the other two Captains who haven’t been to a Paralympics before but we’ve been part of the team for a long time.

“I’ve been in the Australian squad since 2009 and it’s been great to see the whole squad develop and grow. The professionalism of the whole group now is very impressive.”

The recent progress has been helped by Ma, Lina and Qian, who each moved to Australia after the Rio Games and started representing their new home country in 2019.

“They’ve been a great addition and it’s really upped the level within the squad,” Coughlan said.

“It’s allowed us more diversity with our training partners, they’ve got different styles of attack, so it’s been helpful for all of us.

“There are a few gold medals among them, so we’ve been able to talk to them about how to handle the pressure in key moments, that sort of stuff, it’s been really good for us.

“I think our chances are quite high. We’ve got some quality players in there, some very experienced players in there. There are lots of great players around the world but I believe we’ve got strong chances in both teams and individuals.”

Australian Team Chef de Mission Kate McLoughlin said: “There was a huge amount of competition for places in this squad, so each player selected should be very proud. However, I know they’ll feel their job is just starting. There is a strong desire among the players and staff to convert all that hard work into success at Paralympic level.

“I welcome our 11 Para-table tennis players to the Australian Paralympic Team and look forward to supporting them through the campaign.”

“Preparing this squad for Tokyo has been a brilliant example of teamwork between Table Tennis Australia, Head Coach Alois Rosario, Program Manager Sue Stevenson and our Paralympic Innovation Lead Ross Pinder, who set up systems to allow the players to keep working remotely,” Anderson said.

“Put that together with an exciting and talented group of players who have relentlessly forged towards their goals and you have a Para-table tennis squad that will command our attention at the Games. I can’t wait to watch them compete.”