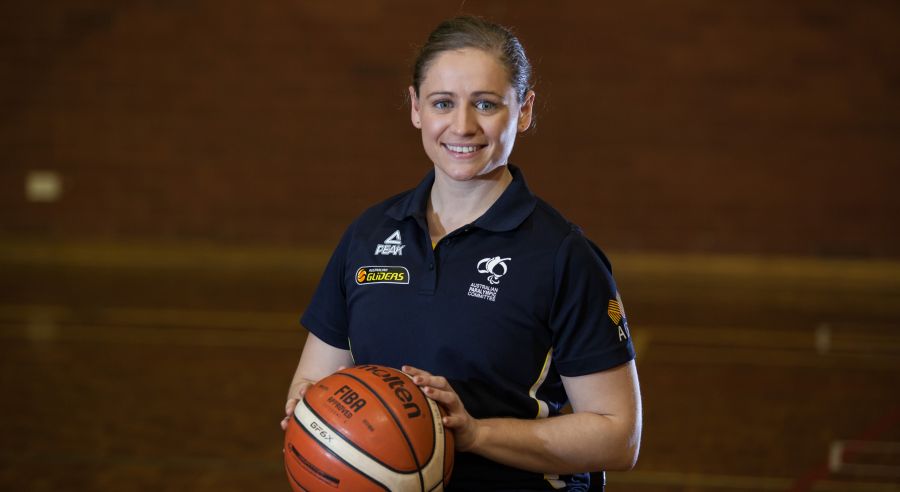 ​Australia’s women’s wheelchair basketball side, the Gliders, are primed to make their return to Paralympic competition at Tokyo 2020, nine years after winning the silver medal at the London Paralympics.VIS scholarship holders Isabel Martin and Bree Mellberg have been included in the team.

The Gliders’ proud record at the highest level – four consecutive medals between 2000 and 2012 – was dented when the Team failed to qualify for Rio 2016.

However, a talented and determined 12-player squad was confirmed by Paralympics Australia in an announcement ceremony on Friday and is now focused on regaining its place among the world’s elite wheelchair basketball nations in Tokyo next month.

“We’ve been working really hard to get to where we are, where we can represent Australia at the Paralympic Games.

“We’re a close-knit group. Everyone’s willing to work for each other, be receptive to advice and help make sure everyone in the group becomes a better player. I think those things have really worked for us.

“Having the Games delayed by a year made it a bit harder. But we’re all just really proud to be at this point.”

“We haven’t played an international game since late 2019 and, while we’ve had a few camps over the past year, it’s been up and down with Covid and having to quarantine,” Munro-Cook said. “It’s been tricky but we’ve all been working really hard individually and it’s paying off right now.”

Australian Team Chef de Mission Kate McLoughlin said she was thrilled the Gliders were headed back to the Games.

“The Australian women’s wheelchair basketball team belongs at the Paralympics,” McLoughlin said. “Three silver medals, a bronze and two fourth-placings since 1992 is a consistently strong record that I know this Team will be so keen to add to.

“I’m so pleased with the way the entire Gliders program bounced back, led well by Basketball Australia, and I think this is going to be a very special Paralympic campaign for this Team.”

Paralympics Australia Chief Executive Lynne Anderson said: “Wheelchair basketball is one of the flagship Paralympic sports and it’s brilliant to see our amazing Gliders ready and raring to go. I’d like to thank and congratulate everyone, especially the players, who’ve fought for this moment and can now prepare to give it their all when they play at Musashino Forest Sport Plaza in about five weeks’ time.”