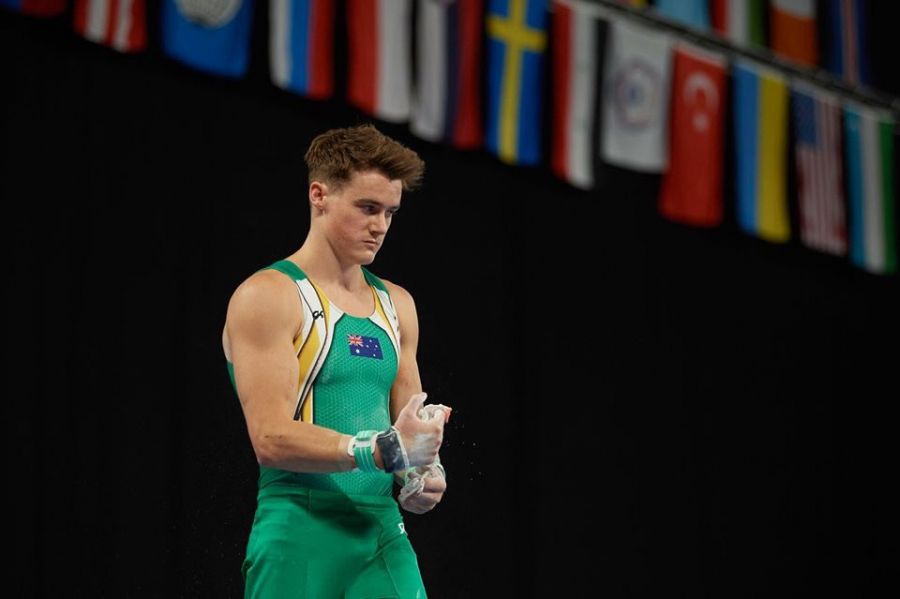 Iakovleva and Pickering both competed for Australia at the 2018 Youth Olympics in Buenos Aires, with Pickering taking home silver. Godwin and Onoda’s Japanese heritage also make Tokyo a special place to make their Olympic debut.

“To send one of our biggest ever Gymnastics Team to an Olympics is a fantastic achievement and testament to the depth of talent in Australian gymnastics.” Chesterman said.

“Congratulations to all 11 athletes on making the Australian Olympic Team for Tokyo. This has been a very trying qualification process and today’s selection is a reflection of immense determination, resolve and talent of these athletes to overcome challenges to chase their Olympic dream.

“I know they will represent Australia with pride and will have so many fans cheering them on from back home.

“Thank you to Gymnastics Australia, and to the families, friends, teammates, coaches and supporters who have helped make this Olympic dream a reality for these athletes.”

Rhythmic gymnast Emily Abbott, who will compete in the Rhythmic Gymnastics group event, has overcome injury and setback to achieve a lifelong Olympic dream.

“Going to the Olympics means the absolute world to me, ever since I was 10 years old, I have had my heart set on representing Australia at the Olympics.” Abbott said.

“In year five, I went as an Olympic gymnast to Book Week, even though you are supposed to go as your favourite book character. I have framed pictures I drew when I 10 which say ‘I want to represent Australia in the Olympics doing rythmic gymnastics’, rhythmic spelt wrong and all.

“In 2018, I had two hip surgeries. Even though it looked like I would never do gymnastics again, I never gave up. It took me 18 months to get fully back into the sport, but I did it and because of it I am living out my biggest dream. The last two years have been the best of my life and I cannot describe how over the moon and how much my heart is beaming to live out what I have wanted and have worked so hard for.”

28-year-old Tyson Bull, who secured an Olympic quota spot back in October 2019 with a seventh place finish in the Horizontal Bar at the World Championships, said competing at an Olympics means achieving a lifelong dream.

“This represents the culmination of a lifetime of passion, hard work and dedication to a craft I fell in love with as a five-year-old,” Bull said.

“It means doing my family and support network proud and in some small way, provides an opportunity to reciprocate all the selfless love and support I've had throughout my career from family, friends, coaches, physios, mentors, Gymnastics Australia, my university, the list goes on!”

“Watching the Sydney Olympic Games as a 7-year-old while on holiday in Queensland, I remember getting up early to watch jumping Ji Wallace take home a silver and the first ever Australian Gymnastics medal. More than anything, I remember an overwhelming sense of national pride throughout the home Games and feeling a burning desire to one day compete on the biggest stage myself.”

23-year-old Himeka Onoda said she would be competing for her mum in Tokyo.

“My number one supporter who was always there for me and helped me work towards the Olympics was my beautiful mum,” Onoda said. “I unfortunately lost her last year, so these Games are very much a part of my thank you from me to her for all of the thousands of selfless hours she spent supporting me with my sporting endeavours.

“My whole family is from Japan, which makes these Games even more special. The Olympic Games is something that is earnt after years and years of hard work and sacrifice, so I feel extremely grateful and honoured that I get to be in a position where I’m able to achieve this dream.”

Gymnastics Australia CEO, Kitty Chiller AM, said she was incredibly proud of the team announced today.

“The build-up to these Games has been quite extraordinary and to be able to send across 11 gymnasts; our largest team in nearly 60 years, is a testament to the resilience, strength and determination of our gymnasts and their coaches,” said Chiller.

“Representing your country at an Olympic Games is an achievement only a small number of people get to experience. I want to wish all our gymnasts the very best as they strive to achieve their personal goals, while competing against the world’s best.”

Note a non-nominated athlete is appealing their non-nomination. That process is being followed.