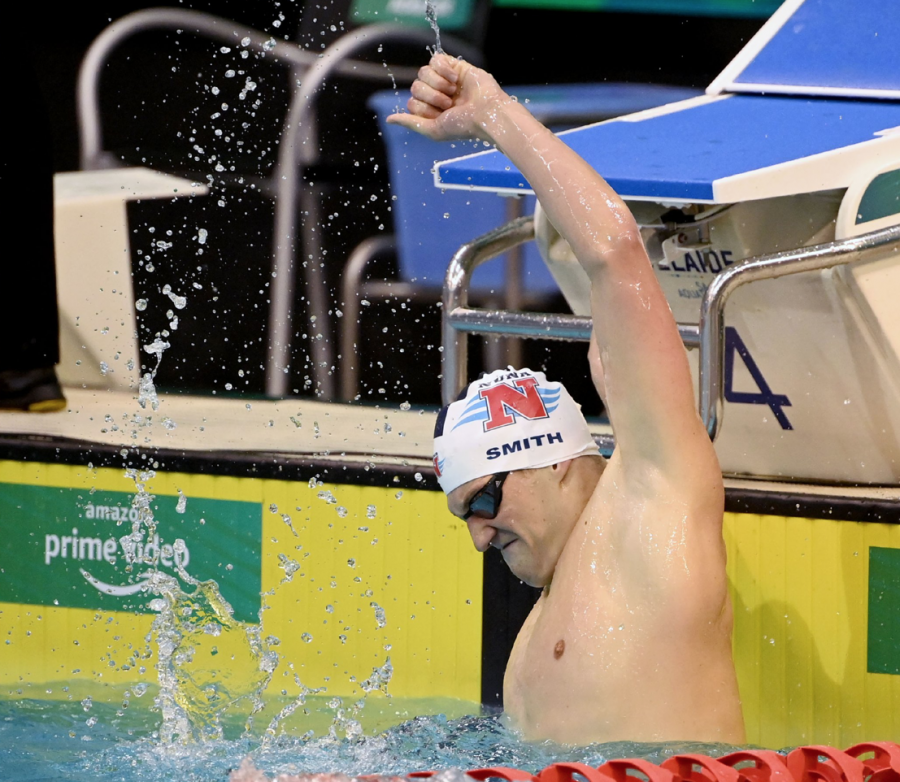 In VIS Sport, Brendon Smith dominated in the swimming pool as VIS Divers finished on the podium in the diving pool. Dylan Alcott added another Grand Slam title to his impressive record and Aoife Coughlan another step closer to her Olympic Judo dream.

Australian records continued to fall at the 2021 Australia Swimming Trials, as Victorian Institute of Sport scholarship holder Brendon Smith flew home in the Men’s 400m Individual Medley in 4:10.04 to beat Thomas Fraser-Holmes’ eight-year record. Birthday boy, Se-bom Lee (Carlile) had an extra reason to celebrate after he swum under the qualifying time in 4:14.16, likely booking a seat to Tokyo with Smith.

Smith was ecstatic after his record-breaking swim.

“Pretty surprising swim, everything went right and I had an amazing race,” he said.

“There is definitely a lot of time I can drop with that swim, but I am just looking forward to getting back into training and see if I can drop more.”

Six new Australian Open Champions were crowned at the Sydney Olympic Park Aquatic Centre during the event which once again saw a handful of athletes allowed to compete virtually through video submission.

The much anticipated Women’s 3 Metre event saw three titans of world springboard diving battle it out to claim the Australian Open Champion title. This time around Esther Qin (982.15) of New South Wales came out as the victor after what was not only a consistent showing, but a display of composure and grace. Less than four points behind her was Victorian Institute of Sport scholarship holder Anabelle Smith (978.60) who clinched the silver medal from a final’s performance which saw not a single dive drop below the 60 point mark.

In the Men's 3 Metre, In what became a sheer display of dominance, Shixin Li (1383.65) toped two time Olympian and fellow VIS scholarship holder James Connor (1316.55) to become the Australian Open Champion. Li extended his lead through the final round of competition in part due to a spectacular third round reverse-three and a half tuck which saw him receive no less than an eight from the judging panel.

Connor’s impressive sixth round rebuttal of the same dive secured him the silver medal. Up and coming South Australian Matthew Carter (1243.10) took out the bronze with Kurtis Mathews (1119.20) of New South Wales finishing first off the podium.

Dylan Alcott has added another Grand Slam title to his impressive record.

The 30-year-old from Melbourne is the quad wheelchair singles champion at Roland Garros for a third consecutive year, securing the 2021 title and the 13th major singles title of his career with a 6-4 6-2 victory against Sam Schroder of the Netherlands in Paris today.

Alcott proved too consistent for the 21-year-old, who was contesting his third major final. The world No.1 had to fight hard though, recovering from a 2-4 deficit in the opening set.

Exceptional returning from Schroder helped the world No.3 build the early advantage, but Alcott’s big-match experience showed as he reeled off five consecutive games to take control of the match.

Alcott’s confidence grew as the match continued, with six consecutive breaks of Schroder’s serve consolidating his lead. The Australian was making the most of his opportunities too, winning seven of the eight break points he had.

After 83 minutes on court, Alcott served out victory to maintain his unbeaten singles record at Roland Garros.

Coughlan put in an outstanding effort all day, she won her first fight by ippon to progress to the round of 16 where she faced the WRL 8 Giovanna Scoccimarro of Germany.

She was able to beat her opponent to every exchange and after a gruelling 8 minutes 50 seconds golden score her mighty effort was rewarded when the third shido penalty was handed to Scoccimarro.

In the quarter final Coughlan was once again attacking first and was up by a penalty when after a drop seoi nage attempt Polleres of Austria took advantage of the newaza situation and forced Aoife to submit to a strangle.

In the repechage Aoife faced another German opponent, Miriam Butkereit and once again dominated the exchanges and took the fight into golden score. Even though Aoife was attacking courageously the referee ended the contest after one and a half minute of golden score by giving Aoife her third penalty.

Aoife gained 520 world ranking points at this event putting her into the direct qualification zone for the Tokyo Olympic Games. Aoife’s 7th place is the second top seven finish for the Australian team at a World Championships in the past 4 years after Katharina Haecker finished 7th at the Baku World Championships in 2018.

Victorian Institute of Sport scholarship holders have been competing all across the world in order to prepare for Tokyo 2020.

Notable performances from the weekend's Oceania invitational competition, including Isis Holt running another Tokyo A Qualifer in the 200m and equalling her own World Record in the 100m. Kathryn Mitchell was also in fine form, back on the winners list after launching the javelin 63.50m, a season's best.

A couple of Victorian Institute of Sport scholarship holders in race walking performed at a high standard at the Oceania Invite in Canberra. Rebecca Henderson won the women's event in a time of 45:55.22, whilst Kyle Swan finished 2nd (40:35.05) and Corey Dickson 4th (45:52.36) in the men's division.

Meanwhile, in Launceston, after just being officially named in The Australian Olympic Team, Ellie Pashley took out the 10kkm race in a time of 32 minutes 31 seconds.

On the other side of the World, Cat Bissett placed 5th at the FBK Games in Netherlands, in a time of 2:01.85.