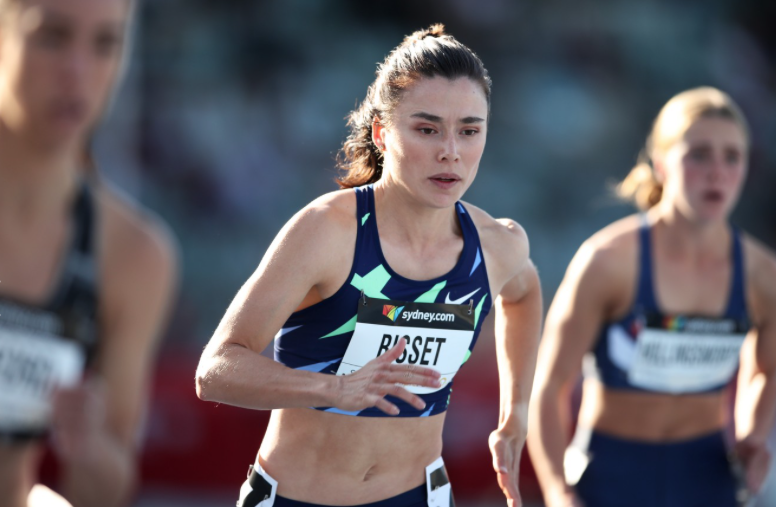 ​In VIS Sport, Cat Bisset and Jaryd Clifford broke their own Australian records and Australia has been awarded a female archery quota place for Tokyo 2020.

With the Olympic and Paralympic Games on the horizon, Australia’s athletes have turned it up a notch with national records tumbling and qualifiers rolling in on as the nation’s best time their run for glory in Tokyo.

Catriona Bisset crushed her own national 800m record at the 67° ORLEN Janusz Kusocinski Memorial in Poland, clocking 1:58.09 to carve 0.69 seconds off her previous mark.

The run is the fourth fastest performance worldwide in 2021, with Bisset advancing to the upper echelon of women’s 800m runners globally just in time for the Tokyo Olympics. The improvements may continue to flow for the 27-year-old, with the feat coming in only her second race overseas since April’s national title.  Bisset produced an immaculate domestic season which suggested she is in career-best form, now confirmed by her shiny new Australian and Oceania record.

Meanwhile at the Festival of Athletics in Townsville, Jaryd Clifford set an Australian and Oceania record of his own in the T12 5000m, running 14:04.88 in his first race since his historic marathon performance.

The 21-year-old only has one bucket list item left to achieve in the form of a Paralympic gold medal, and the days are trickling down until the Australian star will get his chance at this year’s Paralympic Games.

Isis Holt also lit up the track in Townsville, crossing the line in 28.43 (1.0). The time is the fourth fastest of her illustrious career, and is the second fastest time clocked in the 200m T35 class worldwide this year – only just behind her own time of 28.31 clocked in March in Brisbane.

In exciting news, Australia has been awarded a female archery quota place for the Tokyo 2020 Olympic Games.

This new quota position means Australia will send four archers (3 males, 1 female) to compete in this year’s Olympic Games. David Barnes, Ryan Tyack, and Taylor Worth were previously nominated for the Australian Olympic Team back in March 2020 to fill the 3 male spots.

There are two women left in the running to be selected to represent Australia at the Tokyo 2020 Olympic Games – Laura Paeglis and Alice Ingley. Both athletes are currently in Paris, France, preparing to compete in the ranking round of the World Archery Final Qualification Tournament and at World Cup 3, scheduled to commence next week.

Paeglis and Ingley’s performances in these two events will determine who will be nominated to fulfil this newly acquired quota position.

Once the archer has been selected, the Australian Olympic Committee will announce the full Australian Tokyo 2020 Olympic Archery Team.

Victorian Institute of Sport scholarship holders Dylan Alcott and Heath Davidson met in the quad singles final at the Toyota Open International De L'lle De Re in France, with Alcott taking the spoils.

Before teaming up in the doubles to take out the title.

The Westfield Matildas rounded out the June window with a 0-0 draw against Sweden in Kalmar.

It was a strong overall performance defensively with the side not conceding after shipping 13 goals across the previous three friendlies.

It was exciting to watch Steph Catley get more time back in the green and gold, as she returns from a lengthy time on the sidelines.

Far from the frantic start of the Denmark game, it was a more subdue opening 10 minutes as both sides settled into the match.

The game opened up as it inched towards full time with both sides continuing to ask questions of each other. However, neither side could find the back of the net. It was the fourth draw between these two sides.

Australia and Sweden won't have to wait long for the rematch with the teams set to clash in Tokyo in just over a month's time.

Both Hunt and Hedrick represented Australia at the 2018 Gold Coast Commonwealth Games, and with just over a year to go until the Birmingham Games, they are making strides in a bid for selection.

In the Men’s final, Hedrick made a stunning return to top level competition after extended time away from the game due to COVID-19 and being based in Victoria.

Having last won the title in 2017, Hedrick came into the tournament 12th seed and delivered solid results to advance to the final where he met top seed Rhys Dowling (Queensland).

Dowling had some injuries to contend with to put up a strong fight, but a top performance from Hedrick saw him take his second national crown with a three set win, 11-9, 11-2, 11-2.

“2020 was a bit of a right off with COVID, so I was just training at Westerfolds with some of the boys. Nice to get the reward [today],” said Hedrick.

“I feel alright, I feel a bit sore… it’s the first tournament in a while, so each day I was getting a bit sorer. I think he [Dowling] could have gone a bit better but has a niggling injury so maybe next time it will be a longer, harder match,” he said.

Like Hunt, Hedrick said the Australian National Championships is a good marker as he continues to build towards the 2022 Commonwealth Games.

“We have some benchmark events along the way, this one and the Australian Open in Bega in a few weeks time… obviously stepping stones at this stage.

“I’m looking forward to the back half of the year where we have a few more events,” he said.

With the Australian National Championships now wrapped up, top players in the PSA will now turn their focus to the Australian Open in Bega from 22-25 July 2021.