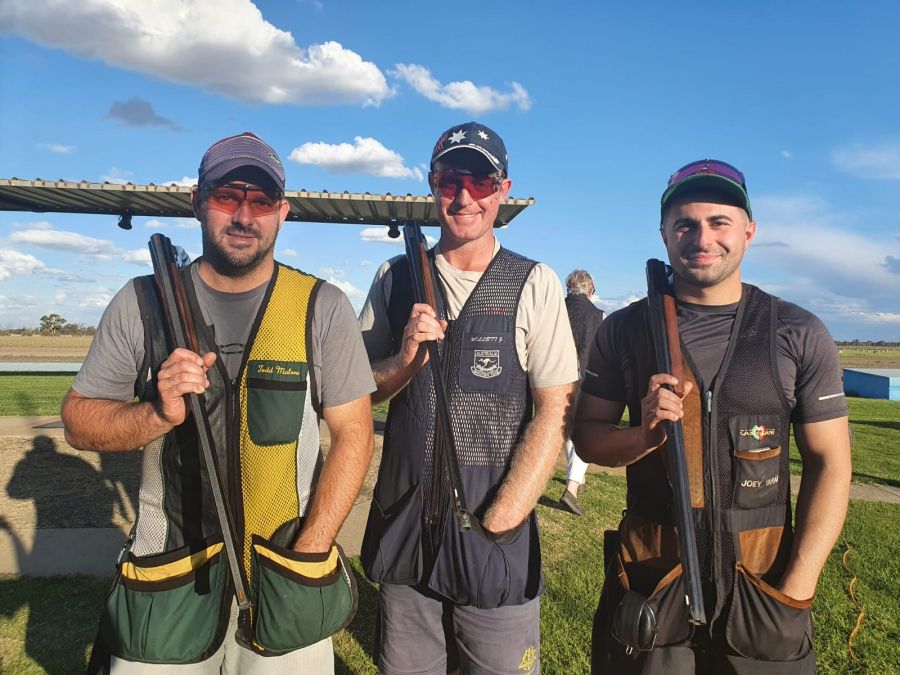 In VIS sport, James Willett displayed class in the Victorian ISSF Shotgun Championships to show that he was ready for Tokyo, whilst it was pacing duties for already qualified race walker Jemima Montag. Jensen Plowright won the Melbourne to Warrnambool and the Melbourne Vixens were back on centre court, but fell short against the West Coast Fever in a Grand Final rematch.

Rio Olympian James Willett displayed his class to overcome a low qualification ranking to capture the men’s Trap gold medal in the Victorian ISSF Shotgun Championships in Echuca over the weekend.

Willett, who will compete at his second Olympic Games in Tokyo in July, entered the six-man final as the fifth qualifier but withstood the pressure to hit 45 of 50 targets in the final to defeat Victorians Todd Malone (42/50) and Joey Yarak (32/40).

It was Willett’s first Performance Series victory of the year after he was placed third at the Yarra Valley Grand Prix in March and elected not to attend the NSWCTA ISSF Championships two weeks ago.

Willett missed his opening target in the final but was flawless in his next 19 shots to take a two target lead over Malone at the half-way mark and maintained a decisive lead for the remainder of the event.

“I was happy with the final and came away with a decent score in the end,” said Willett.

“Conditions were good, but it’s one of the tougher ranges to compete,” he added.

Willett was unconcerned with his low ranking in the final which could have seen him eliminated had he tied with another higher ranked athlete at the elimination stages.

“It didn’t really affect me. You go out to hit as many targets as you can and, if you do that, the bib number doesn’t come into play,” said Willett.

A star-studded field including a number of riders destined for the 2021 Tokyo Olympics and stars of the domestic scene clashed in the 105th edition of Australia’s longest and oldest cycling classic, the Powercor Melbourne to Warrnambool.

The 267-kilometre course showed again why the race is renowned as one of the hardest in Australian cycling as the race split up right near the finish, with Jensen Plowright (Team Bridgelane) then attacking clear for a famous solo victory.

The race settled into a steady pace after a hot start had seen attacks aplenty on the run out from Avalon Airport towards Colac. Sam Hill (Nero Continental) and Raphael Freienstein (Inform TMX MAKE) were off the front with only each other for company for 120 kilometres after already being a part of an initial nine rider attack.

Hill and Freienstein lost their cooperative spirit at the front of the race and it became apparent they would be caught by the peloton as all the big teams massed towards the front. Upon catching the pair, there was an uneasy run to the line, with the constant threat of attacks and flurries off the front of the peloton seeing small groups go clear before being brought back into the fold.

A large group managed to surge clear on a hill coming into the outskirts of Warrnambool, with just six kilometres of the 267km course left to race. Plowright launched the decisive attack with just over a kilometre to go and managed to hold off the charging pack to take the victory.

Plowright becomes the youngest winner since Will Walker in 2004, with Ben Hill coming home at the head of the chasing group to claim a famous 1-2 for premier domestic squad Team Bridgelane. Liam White (Oliver’s Real Food Racing) completed the podium with a fine ride for third.

“I am feeling on top of the world at the moment,” said Plowright. “I cannot believe I won that and Ben Hill second. I came into this going good and wanting to win it but there are 200 dudes in the race and it’s 270 kilometres, what are the chances?

Rhydian Cowley flexed his muscles this weekend at Fawkner Park in Melbourne, collecting yet another race-walking title, this time the Athletics Victoria Open 20km Championship.

Cowley was a class above the rest, crossing the finish line in a time of 1:21:49 ahead of New Zealand’s Quentin Rew who placed second in a time of 1:24:37. Fellow Victorian Institute of Sport scholarship holder, Kyle Swan rounded out the top three, in a time of 1:25:37.

Meanwhile, in the women’s race, Tokyo bound Jemima Montag was on pacing duties for fellow VIS scholarship holder Bec Henderson. Montag who has already locked her spot into the Australian Olympic Team, pushed Henderson to land a new personal best over the 20km distance in a time of 1:31:53, breaking the 92-minute mark for the first time.

“It was special to do some teamwork in an individual sport” Montag said post-race.

While it was not the fairytale finish the Vixens were after following their Championship celebrations moments before the first whistle, the fight from the new-look squad was highly respected by the home crowd in the stands.

The West Coast Fever brought the heat early in the first quarter, hoping to redeem themselves after their two-goal defeat in the grand final – the last time the two teams met. Kaylia Stanton made her long-awaited debut against her old side in style, starting at goal attack and finishing with 12 strong feeds and contributing 10 goals for the day.

Head coach Simone McKinnis OAM was disappointed with the loss, but was adamant there was plenty to take from it going into next week.

“There were some really positive things out there and I think there were some huge learnings. It was great to see a couple of debutants making their mark,” McKinnis said.

“I thought there were some good patches, but then other moments of the game that opened things up too much.

“We got to see different combinations and different players and I think there is a lot to be gained from it.”

The Vixens will switch their focus to their round 2 clash against the Sunshine Coast Lightning on Sunday, 9 May. They will return to John Cain Arena on Mother’s Day at 1pm with hopes to get back on the winners’ list. Tickets are available via Ticketek.

Australia’s snowsport community gathered at the Snow Australia Awards in Melbourne to celebrate the remarkable performances produced by Australian athletes and coaches over the last 12 months.

The outstanding success achieved by Australian athletes on the World Cup circuit and at the World Championships meant it was extremely difficult to single out an individual performance.

Laura Peel, who in March became Australia’s first ever aerial skier to win two World Championship gold medals (2015 and 2021), was over the moon capping her best season to date with a back-to-back and third overall Snow Australia Athlete of the Year (Olympic disciplines) award.

"I am very honoured to be Athlete of the Year," Peel said after receiving her award from Senator Richard Colbeck.

"There are obviously some incredible athletes in our little Australian winter community and I wish Jarryd [Hughes] and Belle [Brockhoff] could be with us tonight.

"There are a lot of people that have helped me to get to this point at my career so I'd like to start by thanking the Olympic Winter Institute of Sport, Snow Australia, the Victorian Institute of Sport, the Australian Federal Government and our sponsors Karbon and XTM.

Snow Australia announced that its traditional Outstanding Achievement Award had been renamed the Alex ‘Chumpy’ Pullin Outstanding Achievement Award, to honour the memory of the two-time Snowboard Cross World Champion who tragically passed away in July last year. The award was presented to aerial skier Danielle Scott for her amazing comeback season, after spending three years away from the snow due to injuries.

“I am so honoured,” Scott said. “This means the world to me because he [Alex Pullin] has always been there for me. I thought a lot about him when I was out there [sidelined by injury]. Just seeing how hard he worked and what he was able to achieve was inspiring and it will live on forever.

“It's really an exciting time to be part of such a successful aerials team and it's great to also see the young athletes come through. We've got such a rich history and it keeps going on," she said.