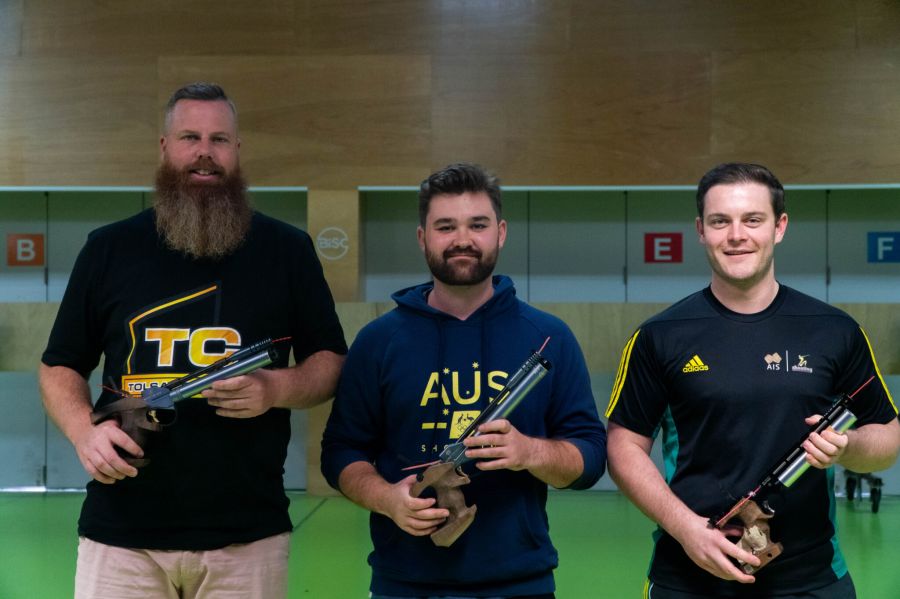 Repacholi, who turned 39 yesterday, appeared destined for his third gold medal of the Championship, after winning the Mixed 10m Air Pistol teams event and the 50m Pistol final, when comfortably topping the 10m Air Pistol morning qualification round.

Evglevski’s win made it a Championship gold medal double for the Victorian after he triumphed in the 25m Rapid Fire Pistol final yesterday.

The Hockeyroos 2021 squad has now been finalised with the additions of Rachael Lynch and Savannah Fitzpatrick.

Lynch and Fitzpatrick were selected by the National Women’s Selection Panel from 13 athletes vying to be included.

Lynch returns to the squad after having her appeal into her initial non-selection upheld.

Queensland striker Fitzpatrick, who has made 60 international appearances, returns to the Hockeyroos fold after missing out on selection in 2020.

“The selection period for these athletes included the training camp in Darwin, a number of intra-squad matches and performance in our Daily Training Environment,” said Hockeyroos Head Coach Katrina Powell.

“Across the duration Rachael (Lynch) has shown herself to be up to international standard and has been selected on her performance in this training block.”

The IWWF International Hall of Fame, the Pinnacle of awards. This award recognises, appreciates, and understands the incredible contribution each recipient has made to their discipline, their community, their clubs, federations, confederations, the World and the IWWF.

After their first trip away for the season, the Vixens find themselves at 0-3 after a 12-goal loss to the Swifts.

Looking to redeem themselves after the first two rounds’ losses, and with an eye on retaining the Sargeant-McKinnis Cup, there was plenty on the line for the team.

The message to the group was loud and clear throughout the week: ‘bring the intensity from the first whistle’. Unfortunately, the Swifts had other ideas, taking control of the game and never looking back.

While unable to keep up with the energy of the home side, or the height of their balls into Wallace, it was the Vixens’ missed opportunities from turnovers that were a key factor in the loss.