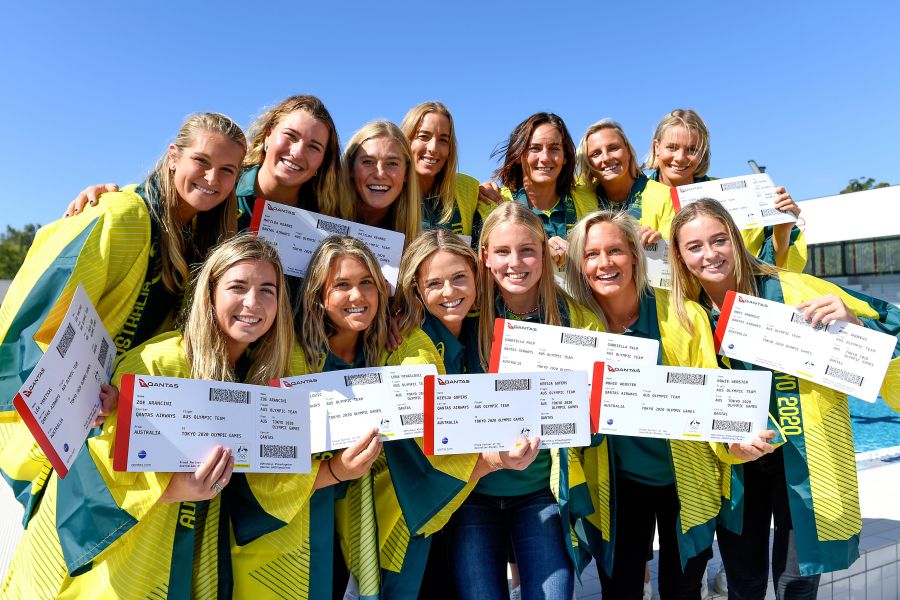 The ‘Aussie Stingers’ have matched it with the best in the world, winning silver at the 2019 World Championships in Gwangju Korea, and taking Olympic bronze at Beijing 2008 and London 2012.

The team will start their campaign at Tokyo’s Tatsumi Water Polo centre on 24 July 2021, with Australia drawn in Pool A with European Champions Spain, Netherlands, Canada and South Africa.

Chef de Mission of the Australian Olympic Team Ian Chesterman congratulated the players on their selection.

“These are a tight-knit, committed group of athletes who have shown incredible determination to make it through the trials of the pandemic to secure their spot in representing their country at this Olympic Games,” Mr Chesterman said.

“I congratulate them all and thank not only the athletes but all the coaching and support staff that have supported them on this incredible road to Tokyo.

“Our Water Polo team have an incredible record at the Olympics and I know this group, lead by Rowie Webster, is determined to add to that. Congratulations to all the players named to the Australian Olympic Team today.

“While we’re celebrating the announcement here today at the team’s training camp on the Sunshine Coast it’s also a great day for families, friends, supporters, teammates and coaches, right around the country, who have helped these 13 athletes achieve their Olympic dream.

33-year-old Rowie Webster was ecstatic to be named captain in her third Olympic Team.

“It’s unbelievable to be announced as Captain of an Olympic team,” Webster said. “To be able to lead out an incredible group of women, it will truly be the honour of a lifetime and a childhood dream come true.”

“Hearing the words “you’re going to the Olympics” from your head coach is special. I probably didn’t realise how much I needed to hear those words finally being said.

“What I’m most excited about this Aussie Stingers team is the different skills and variety in the team makeup.  You have someone like Bron Knox, whose composure and experience you can’t buy… it’s been an honour to play alongside her for so many years. On the other hand you have so many fresh faces in the team and to see their growth during this Olympic cycle and the enthusiasm that they will carry into Tokyo, complements our team so well.”

Head coach Predrag Mihailovic said the team was united in their goals for Tokyo.

“I’m very proud of the team selected, it was a hard decision,” Mihailovic said. “We have a very good culture with individuals having their own goals and team goals. We are on the right track as a united group, we are getting comfortable in uncomfortable situations.”

“'There is a really great atmosphere in the team at the moment, in the last block of training there was plenty of hard training with the girls responding well. I am happy where we are, our preparations are the best they can be in these circumstances.”

Today’s selection brings the number of selected athletes in the Australian Olympic Team to 124 of an expected 450-480.

To stay up to date with all of our Victorian Institute of Sport Tokyo news, click HERE.