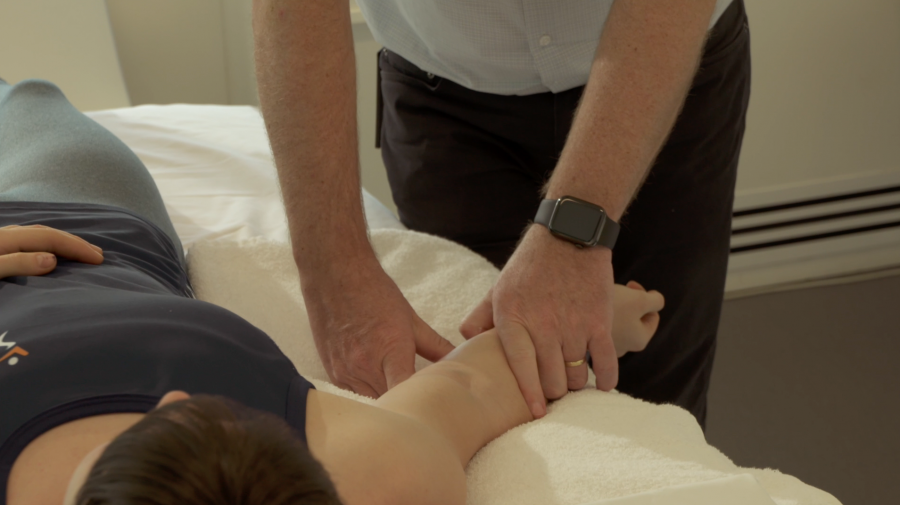 The unparalleled value of good health is celebrated on World Health Day on April 7.

Spearheaded by the World Health Organisation (WHO), physical, mental, and emotional well-being is promoted and celebrated all over the world on this day. Over the past 50 years this has brought to light important health issues such as mental health, maternal and child care, and climate change. The theme chosen by the WHO for World Health Day 2021 is “Health Equity and Equality.”

To acknowledge and celebrate World Health Day, we are shining a light on our wonderful team of medical experts. Keeping our athletes fit and healthy, with finely tuned bodies and minds, is paramount to their success. To perform at their best, they need the best care behind the scenes, which they have in spades. Meet some of our service providers here…

The Sports Medicine team plays an important role in the comprehensive health management of the athlete to facilitate optimal performance, working closely with the other Performance Services teams of Physiotherapy, Soft Tissue Therapy, Nutrition, Sport Science, Strength and Conditioning and Performance Lifestyle in an interdisciplinary model.

The VIS sports medicine team includes leading experts and consultants with extensive experience in the high-performance sport environment. They deliver an innovative and proactive program of support aimed at the prevention, early detection and management of injuries and illness.

Dr Susan White is the VIS’ Chief Medical Officer and coordinates all our medical services.

Dr White is a Specialist Sports and Exercise Physician with more than 25 years’ experience and five Olympic and Paralympic games under her belt. Her original medical training was at Monash University and then at Prince Henry’s Hospital and Monash Medical Centre, graduating in 1989.

Dr White was the in the first group of four doctors that completed the fellowship training for the new Sports Physicians’ College and became the first trained Sports and Exercise Physician in Victoria in 1996.

Since then she has been to three Paralympic Games, five Olympic Games, many Commonwealth Games and World Championships in roles ranging from Team Physician to Medical Director as well as International Medical Commission and Australian Olympic Commission roles.

She has been team doctor for the Melbourne Vixens netball team for many years and the Team Doctor and Chief Medical Officer for Australian Netball for almost 10 years. She has had similar roles with Swimming Australia and Victorian Rowing.

Dr White was an inaugural member of ASDMAC, the Australian Sports Drug Medical Advisory Committee in 1999 and has served on this Committee since, until being appointed Chair in 2013. She is also on a number of international committees including the World Anti-Doping Agency’s Therapeutic Use Expert Group, as well as previous roles with FINA’s (International Swimming) Doping Control Review Board and the International Paralympic Committee. Dr White also sits on many Australian tribunals to consider anti-doping rule violations, some of these include the AFL Tribunal and Cricket Australia’s Anti-Doping Tribunal.

In 2016 she was awarded a Fellowship of Monash University. Dr White lives in Melbourne and has three children, four stepchildren and one large blonde Labrador.

The VIS Sports Physiotherapy team have significant expertise in clinical movement analysis, and work collaboratively with other members of the athlete support team to help decrease injury risk and optimise physical performance.

Unfortunately, however, injuries occur in sport – and the Sports Physiotherapy team provide world class assessment, diagnosis, injury management and rehabilitation to help get our athletes back to full fitness and health as quickly as possible, and as safely as possible.

Steve Hawkins spearheads the Physiotherapy and Soft Tissue Therapy team at the VIS, and has a wealth of knowledge with over twenty-five years’ experience in the field.

Steve has occupied Head Physiotherapy positions at the Commonwealth Games on the Gold Coast in 2018, the Australian Youth Olympic Games Team held in Singapore in 2010 and the Australian Diamonds Netball Team. He has been the Head of Sports Medicine at the Melbourne Vixens for many years.

Steve has had further multi-sport event experience as a Physiotherapist at the Sydney Olympics and also the Commonwealth Games held in Melbourne.

Steve played an integral role in the development of Netball Australia’s KNEE program, which has essentially seen a decline in the prevalence of knee injuries.  Further to this, Steve has been involved in a number of research projects aimed at reducing the prevalence of injuries.

Steve has had extensive experience delivering professional development at courses and conferences.

Ebonie is a physiotherapist and researcher with extensive experience in tendon pain.

She is a post-doctoral researcher at La Trobe University, and completed her PhD in tendon pain, researching “Corticospinal responses associated with patellar tendinopathy and the effect of externally paced strength training.”

She currently is involved in a variety of projects investigating tendon pain, especially in the lower limb, however also other areas such as investigating innovative new rehabilitation techniques.

Her clinical career has included many sports appointments including at the VIS, Australian Institute of Sport, Australian Ballet Company, Commonwealth Games, Olympics and Paralympics plus 18 months travelling with Disney’s The Lion King stage show!

The VIS Soft Tissue Therapy team is the secret weapon that many VIS athletes rely on to keep them feeling fresh, relaxed and ready to perform. The Soft Tissue Therapy team are highly skilled at utilising massage, and some manual therapy, in an individualised approach to help each athlete recover quickly from intense training or competition, and be ready to go again and again.

Gillian is a multi-skilled practitioner.

Gillian has achieved a Bachelor of Music, a Diploma of Remedial Massage, a Certificate IV in Massage Therapy and a Level 2 Pilates Instructor qualification as recognised by the Australian Pilates Method Association.

Having been a musician and ticking all the boxes she wished to achieve in music, Gillian transitioned to Health Science and ultimately Remedial Massage, followed by Pilates

Gillian enjoys working with athletes, mainly as a massage therapist and occasionally with Pilates, and also enjoys working with everyone who realises the benefits of Pilates. She is inspired by the positive change she sees in her clients and by their motivation from recognising the change within themselves.