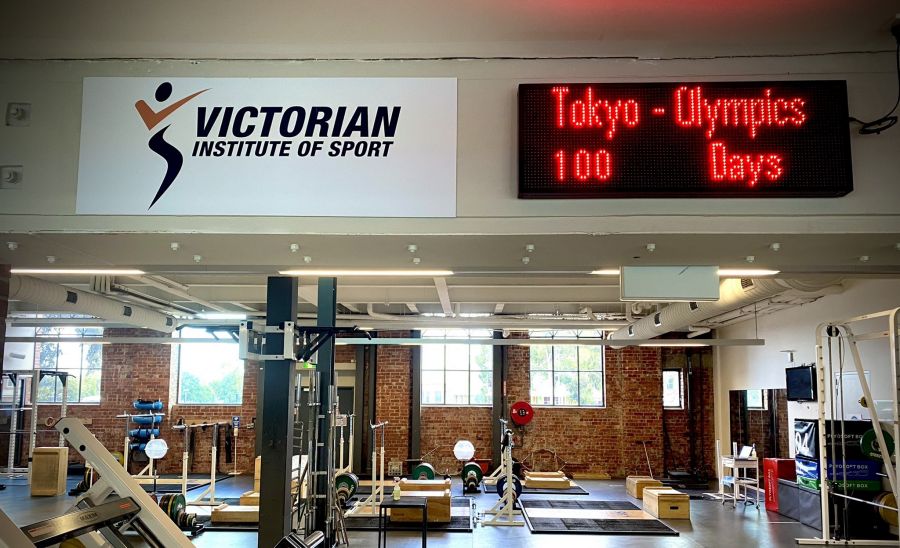 As the clock ticks over to 100 days until the start of the Tokyo Olympics, meet some of our athletes who are gearing up for what's going to be one of the most unique Olympic Games.

Tess Lloyd is set to make arguably one of the most exciting Olympic Games debuts at Tokyo in the sport of sailing. Her journey hasn’t always been smooth sailing, with a number a setbacks stopping her from reaching the sporting pinnacle.

In early 2012, at the age of 16, Lloyd was competing in a youth regatta in Brisbane together with her crew mate Lewis Duncan when their 29er Skiff was involved in a collision with a windsurfer. She was knocked unconscious, and Duncan found her face down in the water. The injury had fractured Lloyd’s skull and swelling pushed into her brain. The Doctors put her in an induced coma to treat the brain trauma. 14 days later she woke up with no recollection of what had happened and was told she would never sail again. Before she could even think about sailing again she also had to learn how to talk and walk again.

To everyone’s surprise and with the support of the Victorian Institute of Sport, ten months later she was back on her boat.

With her sights set on the Rio 2016 Olympic Games, Tess faced another hurdle. A decision was made not to send a 49er FX team to the Games, which put her Olympic dream on hold.  Last year she was officially selected for Tokyo 2020 and she says that after seven years of campaigning and commitment to sailing, the news of her selection in the Australian Olympic Team, is “relieving and exciting.”

Jenna O’Hea has proven to be one of the most complete players in women’s basketball, with her ability to score, facilitate and defend. On top of that she is also the Opals captain and will look to lead the team to that elusive gold medal at Tokyo.

Although initially postponed, the 2020 WNBL season was able to get going in November, contested entirely in a North Queensland hub. O’Hea, the inspirational captain of the Southside Flyers was able to overcome a knee injury to lead the Flyers to their first ever title as the ‘Southside Flyers’.

The Opals just finished a week-long camp on the Gold Coast to prepare for the rescheduled Tokyo Olympics. With O'Hea and Head Coach Sandy Brondello declaring this camp a large success stating that it was great to finally have the group together again.

“It was a good to see the newer squad members fitting in so well with the familiar and more experience players,” O’Hea said.

The women’s basketball competition of the Tokyo 2020 Olympic Games will be contested between 26 July – 8 August 2021 at Saitama Super Arena in Tokyo and features 12 countries.

Already locked into the Australian Olympic Team in 2020, Penny Smith demonstrated that she will be a major force in the women’s Trap at the Tokyo Olympic Games in July after an outstanding gold medal winning performance at the Yarra Valley Grand Prix last month.

Smith (43 from 50 targets) scored a comfortable five target victory over her Tokyo Olympic Games team-mate, Laetisha Scanlan (38/50), with rising 20-year-old Alexis Preston (28/40) completing the podium placings. Smith held a slender one target lead going into the final 10 targets and was faultless with her final 10 shots to close the door on any late fightback from Scanlan.

Missing selection to the Gold Coast 2018 Commonwealth Games fuelled Smith’s fighting spirit and she hasn’t looked back since. She won gold in 2019 at the Lahti World Cup and secured Australia a quota spot for Tokyo. A year later she went on to achieve an Australian selection trial clean sweep winning all four nomination events.

Being selected to make her Olympic debut at Tokyo is a “lifelong dream come true” and she certainly will be one to keep on eye on at the upcoming Games.

Since securing her spot on the Australian Team after winning the national racewalking championships in 2020, Jemima Montag continues to reach new heights in 2021 and looks to be a major threat come Tokyo.

Montag went on to win the national championships again in 2021, but this time finally breaking the 90minute barrier in a time of 1:28:50. This time was the fastest on Australian soil, and a monstrous 2minute PB, reassuring that a top 10 position in Tokyo is certainly a possibility.

Even a year after being selected on the team, Montag admits that the word ‘Olympics’ still gives her “butterflies” and can’t wait to make her debut.

This week’s Australian Track and Field Championships will provide a final chance for athletes to secure early selection for the Tokyo Olympic Games.

Oceana Mackenzie has already provisionally qualified for Tokyo at just 18-years of age after winning the IFSC Oceania Championships in January.

In 2016 when the IOC announced sport climbing would feature at the 2020 Tokyo Olympic Games, Mackenzie didn't think that 5 years later she may be given the opportunity to represent her country.

When competitions were cancelled in 2020, Mackenzie didn't want to Melbourne lockdown to hold her back from getting better, so her father built a climbing wall in their garage so ensure she could continue training.

Mackenzie has put her year 12 studies on hold to focus on the Olympics this year and spends her time between the gym, climbing walls around Melbourne a training at the Victorian Institute of Sport.

At Tokyo there’ll be two gold medals up for grabs (one each for the men and women’s divisions) and the winner will have to be judged the best climber across three disciplines: speed climbing, bouldering and lead climbing.