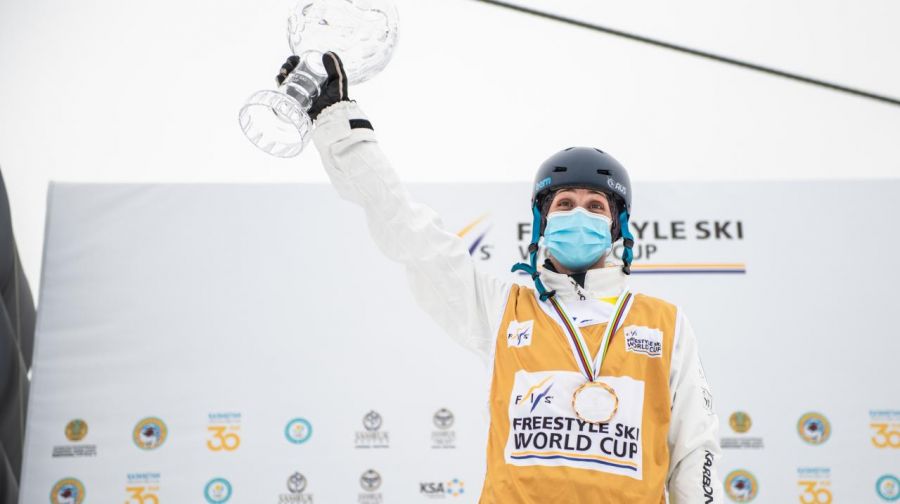 In VIS sport, Laura Peel created history with a second Crystal Globe, Scotty James finishes on the podium again at the World Championships and Linden Hall & Jaryd Clifford led the charge at the Canberra Track Classic.

Peel was again the dominant athlete of the season performing the most difficult triple back somersaults at each event, recording four World Cup podium performances and the second World Championship gold medal of her career earlier in the week in Almaty.  “It’s been a massive week, but honestly I could not have asked for more, I started the season with the yellow leaders bib and to finish with the yellow bib and a World Championship win is the dream ending really” “It’s been nine months now that I have been on the road so looking forward to heading home.”

Joining Peel in the super final was fellow VIS scholarship holders Danielle Scott who finished in fifth place, and Gabi Ash in ninth after earlier qualifying for finals in a personal best fourth place.  Peel finished the season on top of the World Cup standings with 450 points, followed by American

The 26-year-old from Warrandyte in Victoria put down an impressive opening run scoring 90.50 points to lead all competitors after the first round of finals.

Going past James in the second run was Yuto Totsuka from Japan who moved into first place with a score of 93 points. Totsuka increased his score on his third and final run with a huge 96.25 points to take the gold medal.

Rounding out the podium in the bronze medal position was Jan Scherrer of Switzerland who scored 87 points in is final run.

“Happy to come out here representing Australia doing the best I can, and that is really what I did today and that was a second place,” said the 2018 Olympic bronze medallist.

“Today I learnt a lot of lessons and things I will be able to move forward and put into play when I go into my offseason. I have tricks I want to achieve, and I will be back to where I want to be.”

“Huge thankyou to everyone back home that has been supporting me to this day. I wish I could have brought back a gold medal but give me a little bit of time and I will do no doubt do it again.”

The athletes will remain in Aspen for another week, with the World Cup final scheduled to take place on March 21. James will be looking to win his fourth World Cup Crystal Globe title and finish the season with a victory.

Elated with his result, Clifford said breaking another world record was no surprise but lowering it as much as he did was something he was particularly proud of.

“Honestly I think my last PB and world record was a really good run but I thought I’d have at least half a second more in me, so one and a half seconds more is a little bit more of a surprise,” he said.

“To break another world record in Australia is an amazing feeling. To break a couple at home was really special to do, especially after what Victoria went through last year, and to do it again in Canberra, where I currently live and where everyone has welcomed me with open arms, that’s really special. Now it’s about replicating that on the big stage, when it really does matter – in Tokyo.”

Fresh off breaking the Australian 1000m record at the Box Hill Burn earlier this month, Hall (VIC) has all but booked her ticket to the Tokyo Olympics and secured the fastest time by an Australian at home, clocking 4:02.02 in the 1500m.

Finishing a startling 8 seconds in front of Abbey Caldwell who placed second, Hall said running the qualifier was a huge relief, after missing out by 0.1 in her season opener at Zatopek:10 in January.

“The last lap I saw the clock and I was under pace to hit the qualifier and I said to myself, ‘I’ve come too far, don’t blow it now, Linden!’ and I was definitely thinking about Zatopek in that last 400m and didn’t want to end up in that position again. It’s been on my mind for six weeks, and it’s a huge relief to get that locked away,” she said.

“Getting the qualifier now allows us to do a bit more of what we want the rest of the season in terms of prioritising for Tokyo rather than having to race really hard now to qualify just to get on the team, which was the case for Rio, so it’s really exciting to be able to plan accordingly.”

"That’s a wrap for the 2021 Nationals @rampfest !! I felt really good on my bike all weekend and felt I was riding well in finals so I’m spewing to have crashed out on something I do all the time and to end up in 9th place! The riding level was insane and everyone killed it! Was unreal to have everyone down in Melbs for the week and I can’t wait for the next one! Let’s Get It". He took to his social media