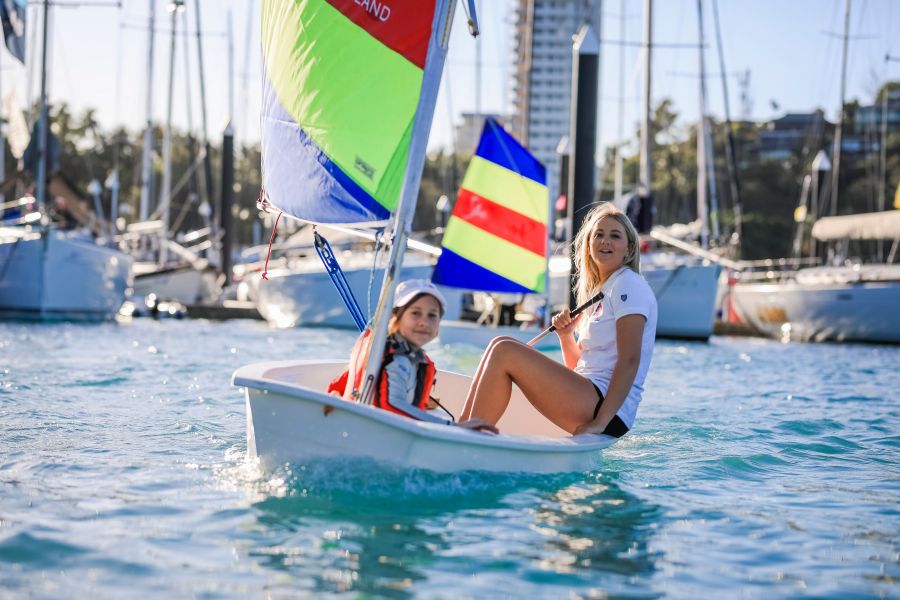 Home News Advice to my younger self: Carrie Smith

Smith took up sailing when she was only two years old, after her Dad, and his family, introduced her to the sport. She started in the sabre and other junior categories before moving onto the 420 and then finally the 470, which she made her Olympic debut at the 2016 Rio Olympics. At the Games she had an overall result of 15th, narrowly missing the medal race.

Ongoing health battles forced Smith to reconsider if she was still able to compete at the highest level, and ultimately retire from the sport in early 2018. However, she insisted that she still wanted to give back to the sport and help those next in line to achieve their goals, so made the move into coaching.

At the age of 26, Smith has now been coaching for over two years and recently took on the managing role of the VIS sailing program. When asking Smith what advice she would give her younger self, it was to know that it’s okay to stand up for what you believe in. To be open about what you feel is working best and what you want to explore in order to get the most out of the campaign, instead of always following what others perceive to be right.

“I would tell myself that you can never be fit enough, strong enough and work closely enough with the support services and team around you. They are there to help you achieve your goals, but you also have to help them.”

“It comes with commitment, open communication and even questioning their logic at times, so that all are accountable for their roles they play in the process.

Most importantly I would continue to tell my younger self that you are good enough, you are worthy enough, you are a sailor, not a female sailor but a sailor. You can be as good as anyone else in the world if you work hard enough, train with the best, have a good network around you and most importantly keep doing what you love.

With social media also having come a long way since Smith was in the boat, she now encourages current athletes to use their different social media platforms to enhance their own profiles, show their true personality, and engage people to come along with them on their journey.

“I truly believe this can create great opportunities in the future,” Smith said.