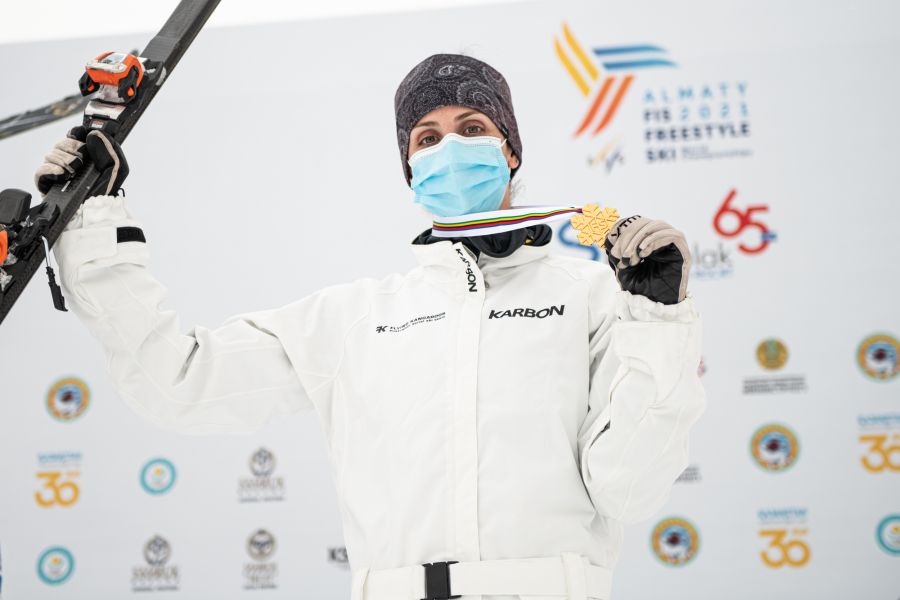 Last year, Peel was recognised at the 2020 Victorian Institute of Sport Awards for her commitment to pursuing success in sport and life. Peel won the Open Universities Australia Performance Lifestyle award in a strong field of athletes.

In the super final, Peel competed one of the most difficult jumps ever performed by a female competitor, full-full-full, a triple twisting triple back somersault scoring a huge 106.46 points to take the win.

Behind Peel on the podium was American Ashley Caldwell who also jumped a full-full-full with 101.74 points and Russian Liubov Nikitina on 94.47 points.

Narrowly missing the medals in fourth place was Australian teammate Danielle Scott who also performed high scoring triple somersaults throughout the day and won the earlier qualification round in only her second competition start since the Olympic final in 2018.

Behind Peel on the podium was American Ashley Caldwell with 101.74 points and Russian Liubov Nikitina in third place on 94.47 points.

“Honestly the second time feels even better”, said Peel after stepping off the podium.

“My qualification jumps were not my best, but I saved my best for the final, it’s only the second time I have competed that jump, I am so happy to put it down.”

The aerial skiers will remain in Almaty for the World Cup final which will take place on March 13, when Peel will be aiming to make it back to back World Cup titles.

Peel is currently in first place on the standings with 410 points, 67 points clear of the next ranked skier, Winter Vinecki of the USA. Peel needs to finish in seventh place or better to secure the title and season champion Crystal Globe.