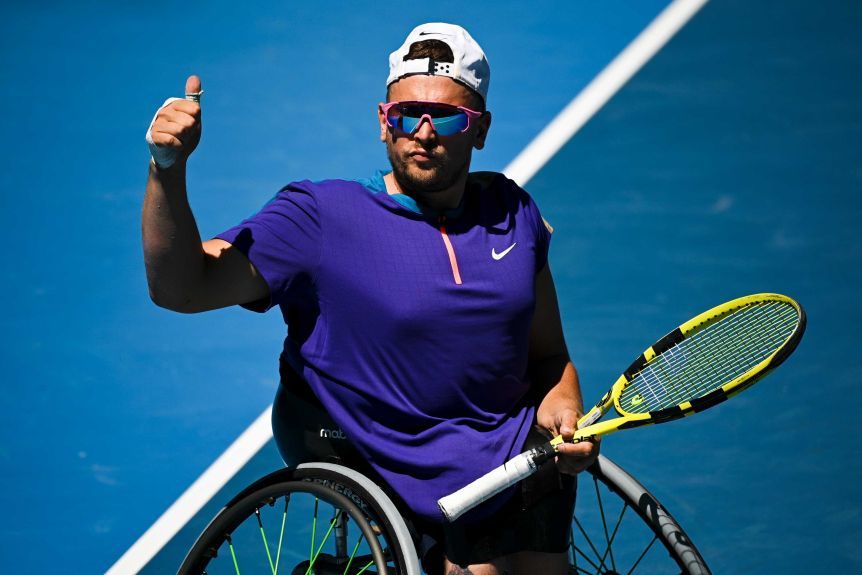 Dylan Alcott will aim to keep an unbeaten Australian Open record alive when he faces Sam Schroder in a seventh straight singles decider in Melbourne.

The world No.1 today defeated Dutch teenager Niels Vink in a semifinal that was far tougher than the 6-4 6-3 score suggested.

“He’s going to be kicking my backside extremely soon,” quipped Alcott, who had to fight his way back from a 2-4 deficit in the 51-minute first-set opener.

“I just want to say a big credit to him its first time on a big court for him like this,” Alcott added.

“He was so good early, and I think was a great showcase of wheelchair tennis.”

After surviving the opener, Alcott also battled through a difficult second set, Vink claiming the first break of serve in the fifth game but unable to consolidate.

The Australian, who converted five of 10 break point opportunities, managed another break in the eighth game and went on to secure victory in an hour and 27 minutes.

At the ACT State Championships on the weekend, Brooke Stratton took out the Women’s Long Jump when launching herself 6.72m - her best performance in close to two years and eclipsing her Doha form.

“Consistent season so far more to come.” She said.

Meanwhile, Celeste Mucci broke 13-seconds for the first time in her career when clocking 12.98 in the same event - moving her way to fifth on the Australian all-time list and bolstering the 21-year-old’s confidence after a period of troublesome injuries.  Mucci also set a new best of 11.47 (+1.8) in the Women’s 100m.

It was a battle of the national record holders in the Women’s 800m, with Australian junior record holder Keely Small coming up against the open-aged record holder Catriona Bisset. It was the 19-year-old Small who managed to run 2:01.98 to narrowly edge out Bisset (2:02.16) for the win in one of the most exciting finishes of the night.

"It's just so awesome to have an event to go to, mentally I think we all needed it,” said Cooke after a successful week in her return to road racing. “You can race all you want virtually, but it's just not the same. I was racing virtually on Zwift against my competitors overseas. But I was getting up at like, 1am, to race them at 2am.

Cooke is eyeing a third Paralympic Games selection for the Tokyo Games, and a third straight time trial gold.

"I dreamed of it, but I saw this coming," said Plapp, the reigning champion in the under 23 category who elected to race in the elite ranks as he continues his rapid rise in the sport.

"It's been a massive goal of mine, and I'm just proud to cross the line in first because this is pretty special."

It was a triple treat for Plapp who not only claimed the green and gold champion's jersey and gold medal, but the course record after blistering the 37.5–kilometre course in a time of 46minutes 0.73 seconds.

Alistair Donohoe kept his streak intact with a fourth consecutive green and gold jersey in the C5 time trial event.

“This was a good ride, I executed it as best as I possibly could have, so I feel like there was some real satisfaction when I crossed that line,“ said Donohoe. “I was pretty nervous on the start line and even coming through from one lap down, it was really tight, and I knew it was going to be such stiff competition.

Despite boasting the rainbow jersey as world champion in the event, Emily Petricola celebrated her maiden crown in the women’s C4 event.

“Not the best race for me at my first World Champs, got unlucky with some wind but happy to finish the race on two feet.” He said.

Crawford will be back in action this weekend competing in the World Cup event in Reiteralm, Austria, with qualifying on February 17 and finals on February 19.

When the Diamonds play the Silver Ferns on March 2nd in Christchurch, it will be the first time the green and gold dress has been worn on a netball court in 366 days.

It will be the first time the Diamonds have played in a test match for 492 days, the longest gap between matches for the Australian National team since tours in 1979 and 1981.

This tour feels like a new chapter for the Diamonds. In many regards, it feels like an entirely new book.

Nowhere is that more obvious than in the squad named for the tour, which sets up the possibility of seven players making their debut during the series.

Diamonds fans are going to see new faces, new combinations, and new ways of going about business this tour, which is exactly what Head Coach Stacey Marinkovich wants with the 2022 Commonwealth Games in Birmingham just over a year away.

“We’re looking for players that are going to put the team above themselves. Players who are focussed on the Diamonds performing at a high-level at the sport’s marquee events.”

“We’re obviously looking at individual skill sets, but the ultimate goal is finding groups of players who can combine well together. And that’s our challenge!” Marinkovich admitted.

“We’ve got some inexperienced players and plenty of debutants that will come into the group, but that’s exactly where we want to take the group right now. We need a forward-thinking approach.”

“We need to get experience into these players so that they can perform in a year and a half in Birmingham.” 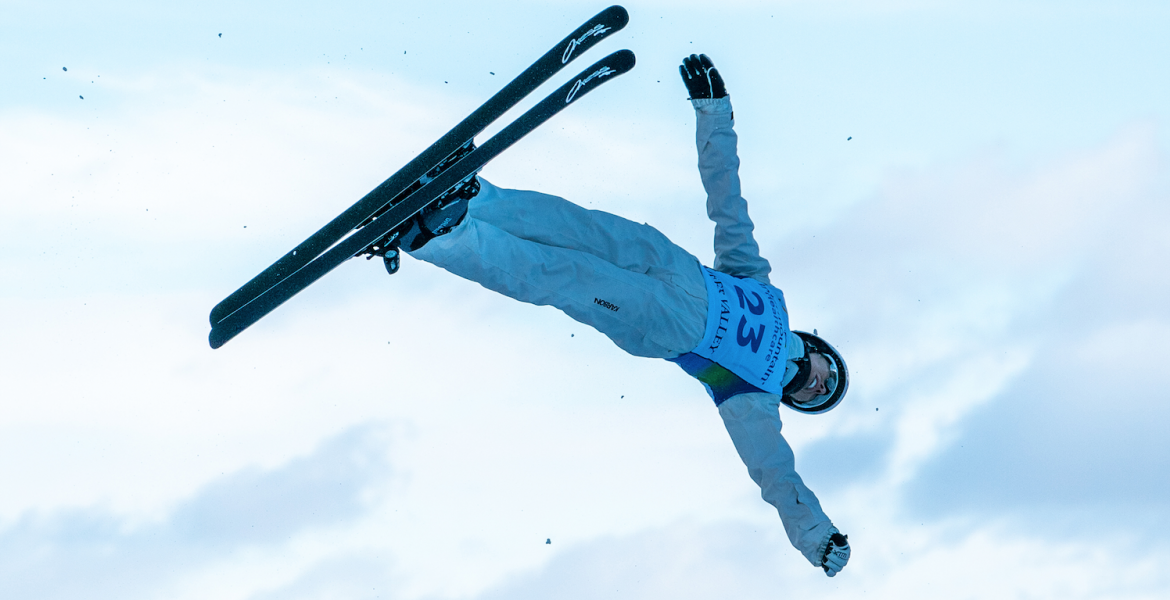 Australia’s Danielle Scott has returned to aerial skiing competition in the best possible way, taking the gold medal in Deer Valley, USA, her first event since the 2018 Olympic Winter Games.