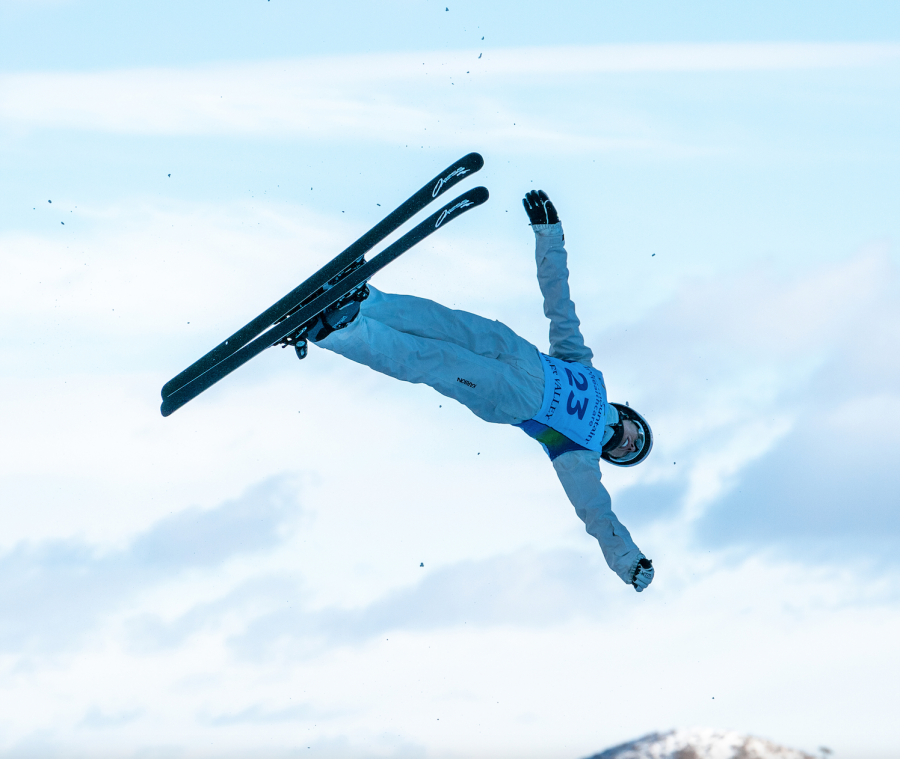 Australia’s Danielle Scott has returned to aerial skiing competition in the best possible way, taking the gold medal in Deer Valley, USA, her first event since the 2018 Olympic Winter Games.

The 30-year-old from Sydney scored 90.59 points with her back double full-full (a triple twisting double back somersault), to record the fourth victory and eleventh podium performance of her World Cup career.

World number one and fellow VIS scholarship holder Laura Peel advanced through the earlier rounds in first place and was the only female in the super final to jump triple back somersaults. Peel had issues with her speed on her final jump with the snow conditions constantly changing in the sun and was unable to complete her nominated jump, receiving a “did not finish” and no score from the judges to put her in sixth place.

“I am beside myself, this is crazy, it’s been a long time since competing and I love this sport and this is probably the best welcome back ever”, the multiple world championship medallist said.

“Today was good, it was interesting with the conditions, but I started off training really well, put down a good qualifying jump, continued on with training and finals and put down everything I needed to.

“This is a good confidence boost for the World Championships next month, this is obviously my first competition back so I needed that and I am really excited for what’s ahead.”

It was also exciting to see another VIS scholarship holder, Gabi Ash have a successful first event of her season in Deer Valley, with a personal best seventh place finish, giving Australia three top ten performances.

With one World Cup remaining for the season, Peel maintains her lead as the number one aerial skier in the world with 410 points, with Winter Vinecki the only possible challenger for the Crystal Globe, trailing on the standings by 67 points.

The aerial skiing athletes will head to Almaty, Kazakhstan, for the World Championships on March 10 and World Cup final at the same location on March 13.