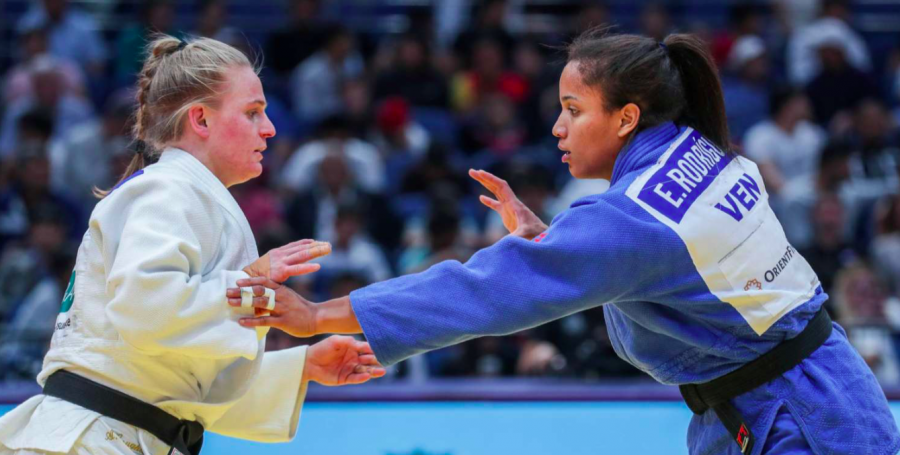 Home News Coughlan proves she belongs amongst the World's best

After 11 months of no competitions, Coughlan showed the improvements she made throughout 2020 and became the first Australian to achieve a top seven performance at the World Masters.

Coughlan defeated some big names in the 70kg weight category, including world ranked number 5 (Michaela Polleres) and number 6 (Kim Polling) on her way to the semi-final.

In the semi-final she got caught for a waza-ari score by the bronze medallist of the recent European Championships, Madina Taimazova.

However, she was still able to progress into the Bronze medal match up against world ranked number 9, Giovanna Scoccimarro. Up two shidos in a golden score, Coughlan looked to be home, until Scoccimarro scored a waza-ari to pinch the bronze.

Even though Coughlan was unable to finish on the podium, 5th place is still a big achievement for both herself and Australia, making her the first ever Australian to achieve a top seven performance at the World Masters. To go with this, she also collected 648 world ranking point, making big strides towards the Tokyo 2020(1) Olympic Games.

"Bitter Sweet to not end up on the podium but after almost a year of no competitions I'm proud to have been able to show off the hard work I've been putting in". She said.

After the World Championships and Olympic Games, this is the hardest event on the International Judo Federation circuit and only the top 36 on the world ranked athletes are entered.