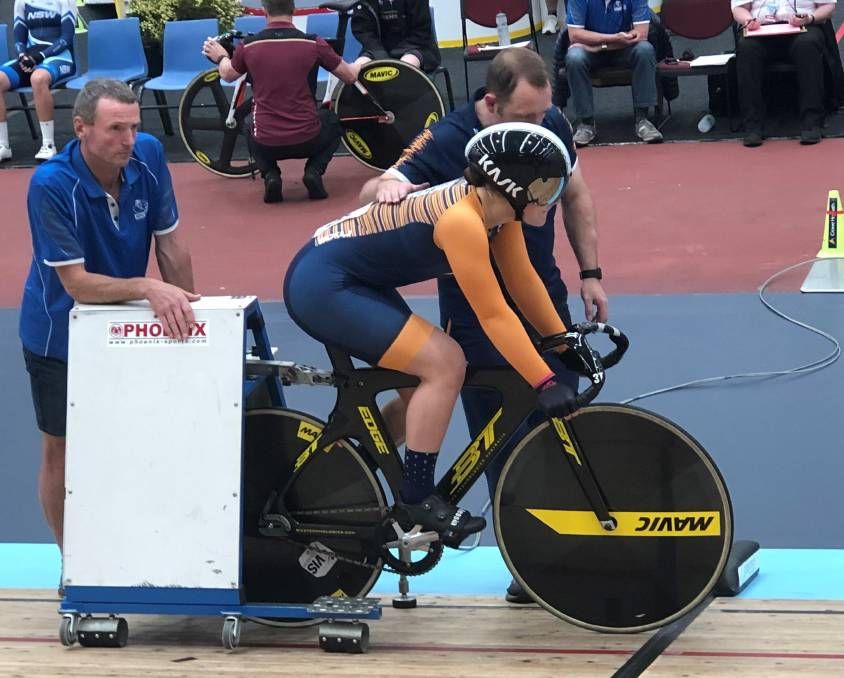 Victorian Institute of Sport scholarship holder Alessia McCaig's domination of the Under-19 Track National Championships has ended with a clean sweep of the gold medals.

The 17-year-old from Bendigo capped an unforgettable nationals by winning the sprint title at Brisbane's Anna Meares Velodrome on last week.

It followed her wins on Thursday in the keirin and her Australian record-breaking performance in the 500m time trial.

McCaig, who represented her country for the first time at this year's Oceania championships, on Thursday broke the long-standing under-19 time trial record, previously held by Olympic bronze medallist Annette Edmondson and set in 2008.

McCaig's triple-gold medal-winning performance was reminiscent of her domination of the under-17 nationals in 2019 when she won four gold medals and one bronze, set a pair of new national records in the women's flying 200m and 500m team sprint and was crowned champion of champions.

Her performance this year is made to look even more imposing given her status as a 'bottom-age' athlete, meaning she will again be eligible for the under-19 championships next year.

McCaig admitted plenty of shock after claiming her first gold medal on Thursday in the time trial, but was even more so after securing her third in the sprint.

The Girton Grammar student will return home this week and will line up in the annual Bendigo and District Cycling Club Christmas carnival on December 28 and 29.

A second crack at the Oceania Track Championships awaits in March.

McCaig finished with two gold and two silver medals at this year's championships, held in Invercargill on New Zealand's south island, one of the last major cycling events held in this part of the world before Australia went into lockdown due to the COVID-19 pandemic.

A monthly winner and nomination for the 2020 Bendigo Sports Star of the Year award, McCaig is entitled to be among the favourites for next year's award following her superb performances in this year's Oceania championships and now the under-19 nationals.

It was also a positive to see VIS scholarship holders Ned Pollard, Lucinda Stewart, Graeme Frislie and Bill Simpson all register PB's in their respective events as well as seeing Emily Petricola and Al Donohoe back on the top step of the podium.