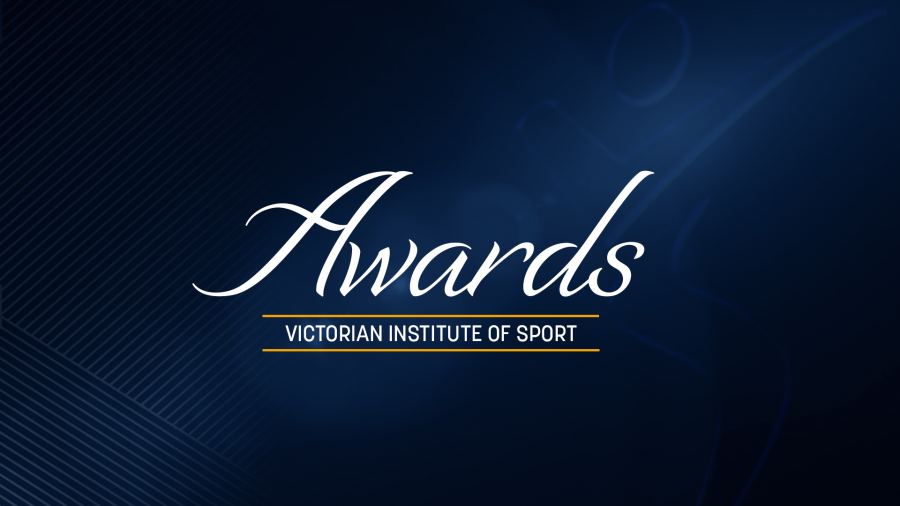 On Wednesday evening the Victorian Institute of Sport (VIS) concluded its 2020 Awards celebration online. The event ran over three days with a different award presented each evening. This was the first time that the institute invited a public audience to follow the awards presentation recognising the outstanding achievements by VIS supported athletes.

The event kicked off on Monday evening with 14 athletes from the VIS’ sports programs being awarded the 2XU Coach Awards presented to the athlete who is most deserving within the last calendar year. Among the winners were Tokyo-bound racewalking star Jemima Montag, who was recognised for her commitment to the pursuit of success in sport and life.

Currently studying a Bachelor of Science at The University of Melbourne (Immunology major), she hopes to specialise in public health and is passionate about reducing the burden of non-communicable disease in disadvantaged communities.

In her speech Montag thanked her coach Brent Vallance and VIS performance services staff members for their ongoing care and support. “As athletes we are taught to turn set-backs into set-forwards, and that is a really good skill. However, this year for me has been all about developing self-awareness. Allow myself to slow down and feel all the feels,” Montag said.

“Jemima’s mindset and ability to re-focus on her Olympic preparation goals during the COVID-19 pandemic, demonstrates her level of maturity at the ripe old age of 22. Her approach is definitely something we can all learn from and it was an exciting time for Jemima, her family and coach (and all of us at the VIS) when she was officially selected to debut on the Australian Olympic Team!“ said Ben King, VIS Athletics Performance Co-ordinator.

On Tuesday the VIS Awards continued with world number one ranked Aerial Skier Laura Peel taking home the Open Universities Australia Performance Lifestyle Award. The award goes to the athlete who has achieved excellence in their studies, career ambitions, and/or work setting whilst pursuing their dual sporting career. A panel of judges chose Peel as this year’s winner based on her impressive results both on but especially also off the slopes.

Although spending much of her life overseas Peel still managed to complete a Bachelor of Health Sciences and is now undertaking a Diploma of Modern Languages.

The dual Winter Olympian had an extraordinarily successful 2019-2010 winning two World Cup events which helped win the Crystal Globe for World Cup Overall Champion. She is also the Olympic Winter Institute of Australia 2020 Athlete of the Year.

Peel is a is a role model for, and mentor of, young athletes. She also contributed to the AOC Wellbeing series, completed an online yoga program for people in lockdown and even donated her prized Olympic uniform to the bushfire appeal.

“I was a bit surprised to be nominated for this award but of course very honoured. The VIS is full of some of the most amazing athletes and amazing people, so to win this award is something that is very special to me,” Peel said.

“I have been at the VIS for almost a decade now and the VIS has been such an important part of my journey as an athlete but also as a person. Since day one they have always valued developing you on the field as well as off the field. It’s something that I started realising probably a little bit later in my career. I’m very grateful for the VIS for being there and for supporting me through that and I hope that soon we can all be together and celebrate.”

Like the Award’s namesake, O’Hea and Thwaites were recognised for being inspirations in life as well as in their sports and are both fantastic role models to past and present athletes. The judging panel was impressed by the athletes’ exceptional work to raise awareness for athlete wellbeing.

Thwaites’s glittering 18-year career reached a dazzling finale in 2020 when she helped the Vixens to a very special Suncorp Super Netball Premiership. She has spoken publicly about mental health issues and has gone further to explore topics including inclusion, diversity and anti-violence campaigns. Thwaites has this year helped and motivated young people with her contributions to the Netball Victoria Talent Academy, Bushfire Relief Appeal, Lifeline and the Confident Girls Foundation.

“It is an absolute honour to receive this Sarah Tait Spirit Award. It has been an incredibly tough year and for me personally. It has taken the support of so many for me to get through an incredibly hard but very successful season. I would like to thank the VIS, Melbourne Vixens, Netball Victoria, my teammates and my family for all the support they provided not only to our team but especially to me personally,” Thwaites said.

2020 has been an extraordinarily difficult year for elite athletes but it was even tougher for Australian Opal’s Captain O’Hea. She worked through injuries during the WNBL season and while facing the disappointment of the postponement of the Olympics she still found time to think of others as she is passionate about raising awareness of and support for mental health.

Through her initiative of personally wanting to donate $100 to Lifeline for each 3 point shot, this was then picked up by the 8 WNBL clubs and the WNBL organisation raising $15,000 and thus demonstrating an impact beyond herself to the community.

“It is an honour to have Renae Ingles present this award and an even bigger honour to share this award with Caitlin. 2020 has been a rough year, so to win this award is extra special this year,” O’Hea said. She continued to thank VIS Physiotherapy Lead Steve Hawkins and VIS Strength & Conditioning Coach Ben King for their help this year.