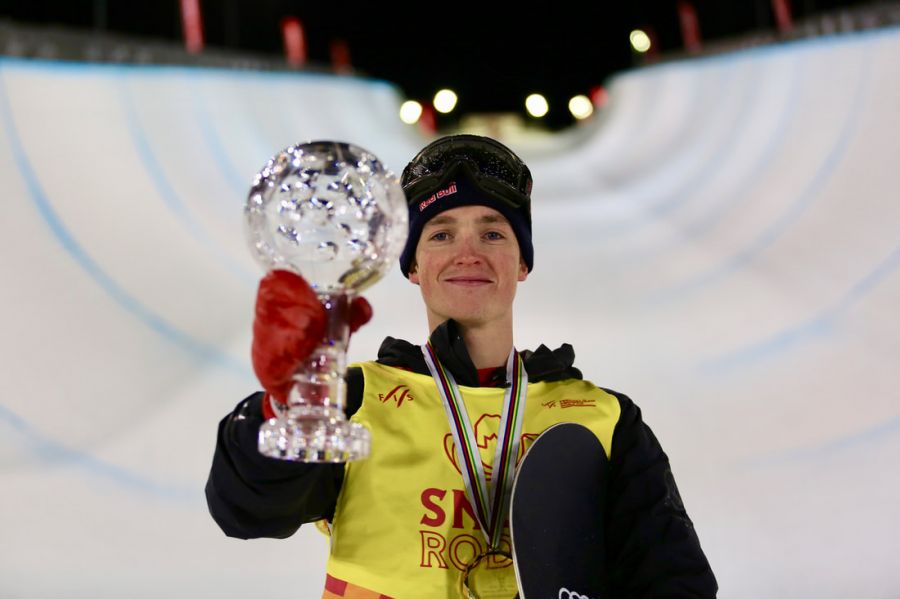 Crystal Globes winners, snowboarder Scotty James and aerial skier Laura Peel, were today named the joint winners of the Olympic Athlete of the Year title for the 2020 Snow Australia Awards.

After an outstanding Northern winter that saw them both finish the season ranked number one in the World, the pair once again have been named joint winners of the award, previously sharing the title in 2015.

Triple Olympian James now becomes the first person in history of the Snow Australia Awards to win the Athlete of the Year Award four times.

It was an extraordinary season for both athletes, with dual Olympian Peel claiming her career first Crystal Globe, and James becoming the overall season champion for the third time.

Peel finished the season with two gold, one silver and one bronze medal, in her first year jumping triple back somersaults.

Dual Winter Olympian Peel having one of her best seasons this past year. Image: OWIA

The 30-year-old Canberra local said that this season far exceeded the expectations she had set for herself before it commenced.

“It was a great season - was pretty magic for me,” Peel said.

“I went in doing triples and completing triples for the first time - so the goal wasn’t to win the Crystal Globe, it was to gain some experience doing triples.

“But that (winning the Crystal Globe) has been a dream of mine pretty much since I started the sport so this was a really amazing season,” she said.

James successfully defended his X-Games titles and won the Dew Tour event in Copper Mountain. He qualified first in every World Cup event, before going on to finish the season with three golds and one silver World Cup medals.

James echoed Peel’s sentiments, adding that he feels extremely honoured to be named Athlete of the Year amongst some great talent in his fellow finalists.

“It’s getting harder every year to win this award, so each year brings a different excitement,” James said.

“I’m very happy to be the winner of this award, alongside Laura again. She’s been amazing and I’ve been watching from afar. As winter athletes we don’t get to be together that often so it’s been good to watch and support each other from afar.”

Snow Australia Chief Executive Officer Michael Kennedy said he couldn’t think of two more deserving winners for the title of Athlete of the Year (Olympic Disciplines) than Scotty and Laura.

“Scotty and Laura had fantastic seasons. They are both pushing themselves and their sport to the next level,” Kennedy said.

“Scotty’s consistent results made him unstoppable this season and it’s great to see him once again be crowned our Athlete of the Year,” he said.

James came on scholarship at the VIS when he was only a young teenager and has been supported by the VIS for almost a decade. The Warrandyte-native is also supported by New South Wales Institute of Sport (NSWIS).

The Athlete of the Year award caps off what has been a fantastic celebration of Australia’s snowsports athletes as part of the 2020 Snow Australia Awards online.

Summary with thanks Snow Australia