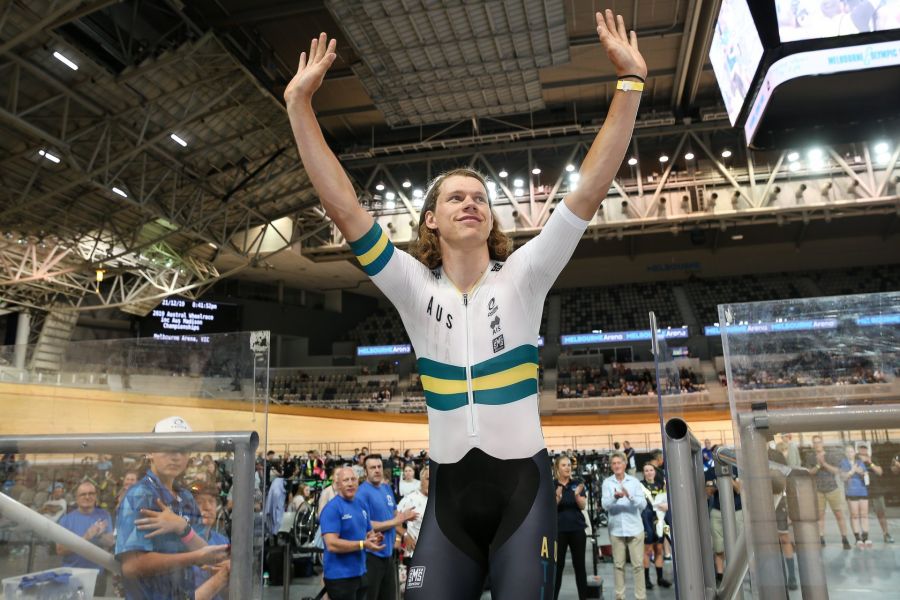 Two Victorian Institute of Sport (VIS) track cyclists and a former Award of Excellence winner have been announced in the Australian Olympic Team for Tokyo 2020.

VIS Endurance Head Coach and Olympic medallist, Glenn O’Shea was thrilled to learn of the cyclists’ selection and says that “it’s fantastic for them to realise their dream”.

“The VIS cycling program is proud to have helped them reach this level by providing them with a world class daily training environment when they are home from their training base in Adelaide,” O’Shea added.

O’Brien has been a key member of Australia’s world champion and world-record-holding quartet over the past two years in the Team Pursuit event.

In 2018 O’Brien was part of the team that rewrote history books when they broke the three-minute (3:49.804) fifty-second barrier on their way to winning gold at the Commonwealth Games on the Gold Coast. A year later the same team obliterated their own world record at the 2019 Track Worlds Championships in Poland with 3:48.012 seconds.

The team was set to take another shot at the world record this year at the 2020 Track World Championships in Berlin but O’Brien had to withdraw with a broken collarbone sustained in the Tour Down Under in January.

His coaches commended him for his professional approach to his rehab and the way he sets the standard for some of the younger VIS cyclists.

VIS Performance Manager (Podium) Bill Tait added that “O’Brien is a class act on the bike and a real character off it, a real inspiration to our athletes”.

At just 19, Plapp will be the youngest member on the 2020 Track Team after his significant breakthrough over the past 12 months.

“Plapp’s rise from junior champion to Olympic selection is no surprise to those who have witnessed his development,” Insisted Tait.

When O’Brien withdrew from the World Championships in February, Plapp was the rider who took his spot and made his senior world championship debut.

Plapp was commended for his entry onto the world stage by his teammate and former VIS Award of Excellence recipient Leigh Howard.

“We have an incredible young guy in Luke Plapp, who has stepped up to the mark.” Howard said following the World Championships.

Plapp says that his selection is a “dream come true” and cannot wait to wear the Green and Gold in Tokyo.

“I had a little tear in my eye when I found out I made the Tokyo Team, it was a pretty special moment and I was just speechless,” Plapp said.

After the Danish team broke the World Record held by Australia at the World Championships in February 2020, Plapp is looking forward to the challenge.

“It’s a new scenario now to be the hunter and not the hunted, we’ll be using that to our advantage to try to come out and show the world what we’re capable of”.

Tait says that he’s excited for the two VIS athletes to make their mark at the Olympic level.

“Plapp and O’Brien will certainly be the ones to watch at the Games and both these young men will compete fiercely but with a grin.”

O’Brien and Plapp will be joined by former VIS scholarship holder Leigh Howard in making their Olympic debuts in Tokyo as a part of the 15-strong Australian Track Cycling Team. Howard was on scholarship from 2005-2014 before relocating to South Australia.

In 2009 he won the VIS’ prestigious Award of Excellence, following an incredible year that saw Howard crowned Track Cycling World Championship in the Omnium while also taking home Silver in the Madison and Team Pursuit.