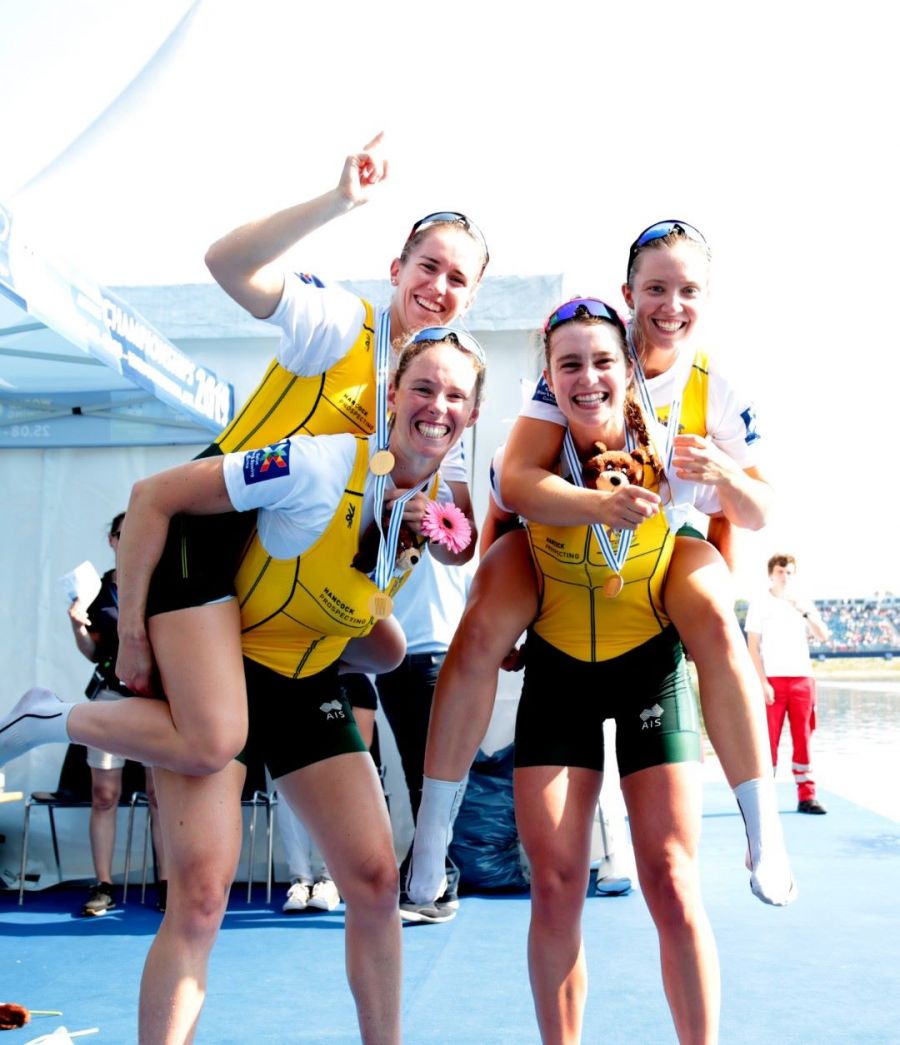 Stephen, Werry, Sarah Hawe and Olympia Aldersey went undefeated throughout the regatta to claim the gold medal, also qualifying a berth for the Tokyo 2020 Olympic Games.

Meanwhile, fellow VIS athlete Jessica Morrison and her teammate Annabelle McIntyre claimed silver in the Women’s Pair after they were pipped on the line in a sprint to the finish with their Trans-Tasman rivals, New Zealand. The pair also qualified their boat for the Tokyo 2020 Olympic Games.

Morrison then joined her fellow VIS teammates, Rosie Popa and James Rook (Coxswain), in the Women’s Eight to claim another silver medal.

Australia’s Women’s Eight came out firing in their AFinal, with the crew, coxed by James Rook, flying out of the start and taking an early lead at the 500-metre mark, ahead of race favourites New Zealand and the USA. As the crews sprinted for the line, New Zealand took the lead, with Australia in hot pursuit, but it was New Zealand who took the title with Australia in second and USA third.

“The plan was get out and get further out, we had a good start and things took care of themselves. It was a shame we couldn’t hold it together in that last 500 metres, but the girls in front of me gave it 100 percent, you can’t ask for more than that,” VIS’ Rook said post-race.

The Men’s Eight which included VIS athletes Karsten Forsterling, Simon Keenan, Joshua Booth, Tim Masters and Angus Widdicombe, were just 0.53 of a second off taking a bronze medal in their AFinal. In a sprint to the line with Great Britain and USA, the Australians just missed out on the podium, with Germany taking gold, Netherlands silver and Great Britain bronze.

In the PR3 Mixed Coxed Four, VIS’ Alexandra Viney, Alex Vuillermin and their Australian crew were fourth at the halfway mark of their race, made a late push on Italy, but just narrowly missed out on a

podium placing. The result has successfully qualified Australia a boat for the Tokyo 2020 Paralympic Games.