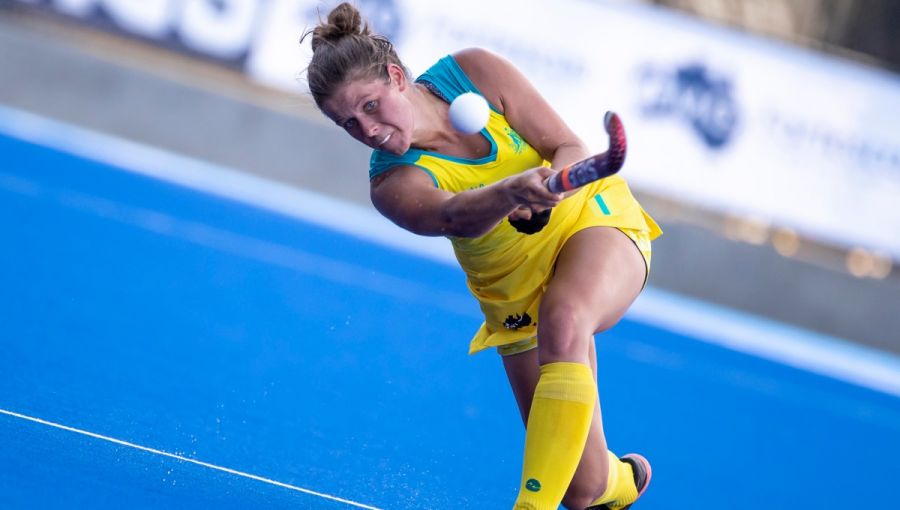 A Hockeyroos team has been named for the Oceania Cup, which will double as qualifiers for the Tokyo 2020 Olympics. VIS athletes Lily Brazel, Amy Lawton, Rach Lynch, Sophie Taylor and Ashlee Wells were all included.

The Oceania Cup, which will take place in Rockhampton from 5-8 September 2019, comprises a best-of-three match series against New Zealand as both the Hockeyroos and the Kookaburras look to gain Olympic qualification.

Youngster Amy Lawton retains her spot in the team after the 17 year old Victorian impressed in her performances in Tokyo earlier this month, which also saw her score her first Hockeyroos goal.

“Amy really impressed us with her performances in Tokyo, she got better as the tournament went on and has been rewarded with selection in this team.”

“Our entire year has been built around ensuring we are in the best possible condition and give ourselves the best opportunity to beat New Zealand at the Oceania Cup and qualify for the Olympics,” said Gaudoin.

“Competing at the Tokyo Test Event has given us some excellent match conditioning and been great preparation for what awaits us in Rockhampton,” said Gaudoin.

“We got through the four games in five days in Japan relatively unscathed which is pleasing. It was pretty taxing so it was great preparation heading into this tournament.”

The Hockeyroos opening match against the Black Sticks will be on Thursday 5 September 2019.

Meanwhile in other VIS Hockey news, 18 scholarship holders were named in the Men’s and Women’s HC Melbourne squads to compete in the inaugural Hockey One League starting on September 29th in Perth.