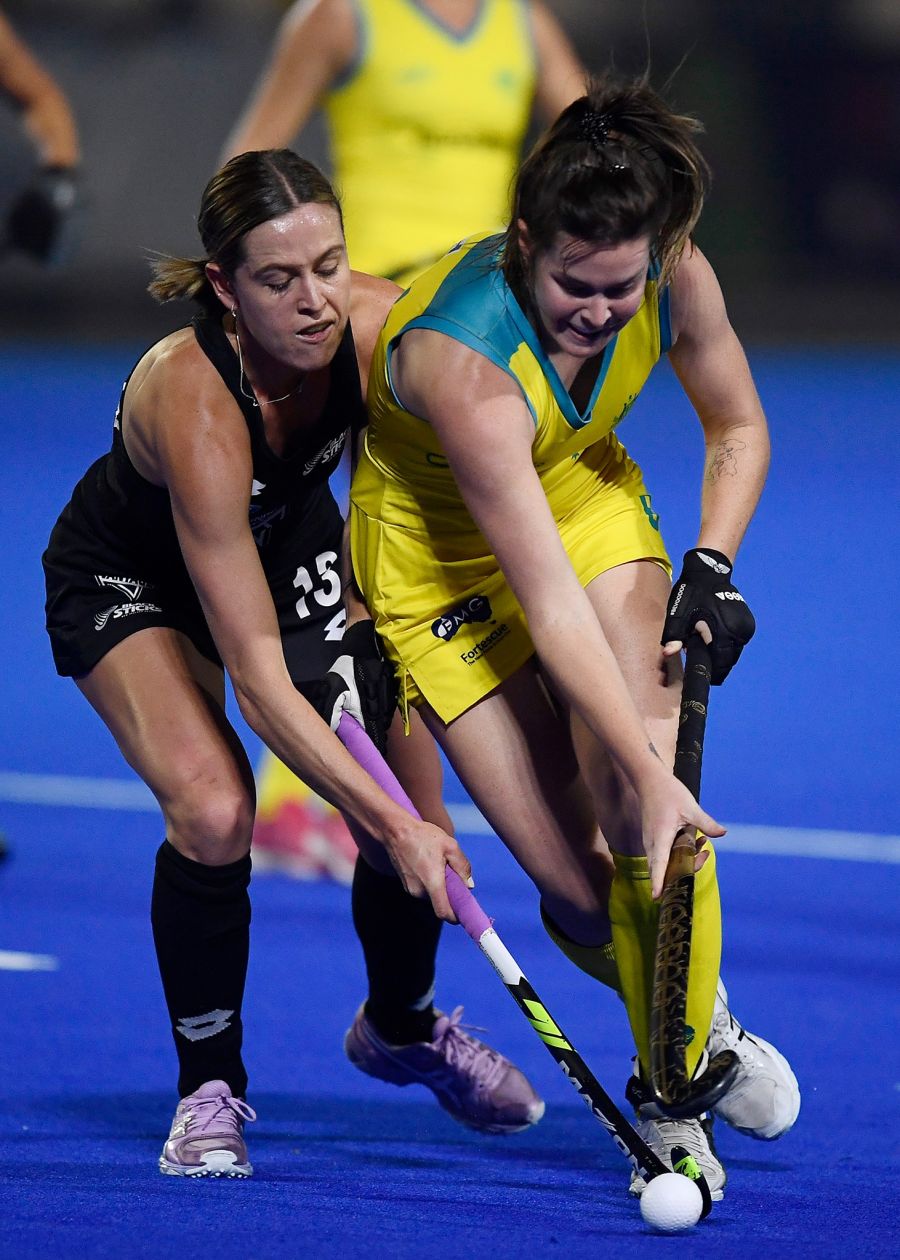 The Hockeyroos will need to go via the long route to qualify for Tokyo 2020 after New Zealand claimed the Oceania Cup with a 1-1 draw in a tension filled final match.

The result means the Hockeyroos will now have to await the draw to determine the matches of the upcoming International Federation of Hockey (FIH) Hockey Olympic qualifiers.

The draw will take place at 9pm AEST on Monday 9 September, with the Hockeyroos to be drawn against either Italy, Chile or Russia in a two match series to be played in Perth on the weekend of 25-27 October 2019. The winner on aggregate across the two matches will then qualify for Tokyo 2020.

With one win apiece heading into the last game of the best-of-three series but with the Black Sticks Women holding a marginally better goal difference, the situation for the Hockeyroos was simple – they needed to win to secure automatic qualification for next year’s Olympic Games.

If there were any early nerves they quickly evaporated as the Hockeyroos went ahead inside two minutes.

After an unsuccessful first penalty corner attempt from Jodie Kenny, the Hockeyroos won another and at the second time of trying, Kenny was again the designated drag flicker and this time Mariah Williams produced a fine deflection to send the ball in. The home side could not have scripted a better start.

The Hockeyroos continued to be positive as the opening quarter wore on, although there was a brief heart in the mouth moment when a misdirected back pass from Madison Fitzpatrick went straight to Olivia Merry, but the Australian defence did enough to diffuse the chance.

Early in the second quarter Merry was at it again but Hockeyroos goalkeeper Rachael Lynch pulled off an outstanding save to deny the striker. Sophie Taylor was doing a fine job to curtail Merry’s influence, while Lynch was again called into action to keep the Kiwis at bay.

Another intriguing end to end affair saw the Hockeyroos hold on to their slender lead going into half time.

Two minute expulsions for Kaitlin Nobbs and Edwina Bone in the third quarter left the Hockeyroos susceptible but they remained defensively sound.

After a successful review in their attacking circle, the Hockeyroos were unable to make the most of the resultant penalty corner, the game continuing to ebb and flow throughout the third period with both sides struggling to link up in their forward half.

Tensions continued to rise going into the final quarter, the Hockeyroos’ cause not aided when Rosie Malone was shown a yellow card.

Kenny went centimetres away from giving the Hockeyroos a two goal cushion when her drag flick cannoned into the frame of the goal, and as has happened on a number of occasions throughout the three matches, New Zealand would make the Hockeyroos pay dearly for the missed opportunity.

A rare penalty corner for the Black Sticks with five minutes to go was trapped for Merry to wind up and she managed to sneak her low shot through the smallest of gaps between Lynch and the post.

Suddenly it was desperation stakes for the Hockeyroos and they threw everything and everyone forward in search of a winner. The final minute 90 seconds saw two lengthy delays for reviews called by Australia, but their efforts would be to no avail as the Black Sticks Women held on for a draw, enough to see them through to the Olympics and force the Hockeyroos to go through another stage of qualifying.

“It’s bitterly disappointing not to get the result that we needed,” said a dejected Head Coach Paul Gaudoin.

“There’s a bit to digest right at the moment. The girls are disappointed but at the end of the day we weren’t good enough and we didn’t play well enough to deserve to win, which is going to be a fair spur on if anything for the next six weeks before the next opportunity to qualify.

“With five minutes to go we were one-nil up and there were some critical moments that we didn’t deal with well enough, and that gave New Zealand a chance and they took it.”

“They’re the little things that make a difference and our group are really going to have to be improved in order to make sure we get the job done in October.

“In the critical moments today we just weren’t good enough. I think we controlled the game pretty well for large parts of it and moved the ball really well. But we couldn’t finish well enough or put our corners in the back of the net.

“We had a lot of the ball but you can’t sit on a one-nil lead and that’s a challenge for us, finding ways to make sure we can put on more scoreboard pressure. We can’t allow teams to get back into it which we did.”

Match Report with thanks Hockey Australia